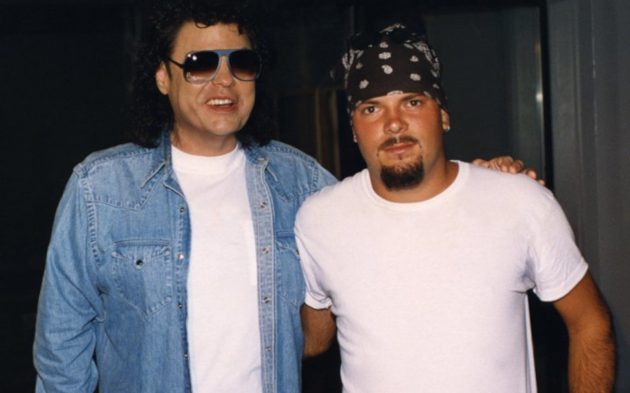 Ronald Todd Milsap, the son of Country Music Hall of Famer Ronnie Milsap and a man who worked behind-the-scenes in the music business, has died at the age of 49. He was found dead on his houseboat at the Four Corners Marina on Percy Priest Lake just east of Nashville Saturday morning (2-23). He was discovered by his son, who went to check on Milsap after not hearing from him for a couple of days.

"The death of Ronald Todd Milsap, 49, son of country music star Ronnie Milsap, appears to be medically related," The Nashville Metro Police said in a statement Saturday afternoon (2-23). "He was found deceased this morning on his houseboat at 4 Corners Marina by his son, who had not heard from his father in the past two days."

Along with sharing a similar first name with his famous father, Ronald Todd helped plan his father's tours, recording projects, public appearances, and other bonds, and helped on the country music legend's videos. He attended the Franklin Road Academy private school in Nashville, and Hillsboro High School.

“Our son Todd was a force of joy, life, creativity and giving from the moment he was born,” Ronnie Milsap said in a statement. "He made such a mark on our world in his years on this planet, everyone who was with him was richer for it. It is too soon to understand this loss, and I hope it's something no one has. His three children, their mothers and Joyce and I in your prayers at such a fragile time. ”

Ronnie Milsap's next scheduled appearance is on Thursday, February 28th at the Lexington Opera House in Lexington, Kentucky. Ronnie released his latest record, a duets project called The Duets on January 18th.