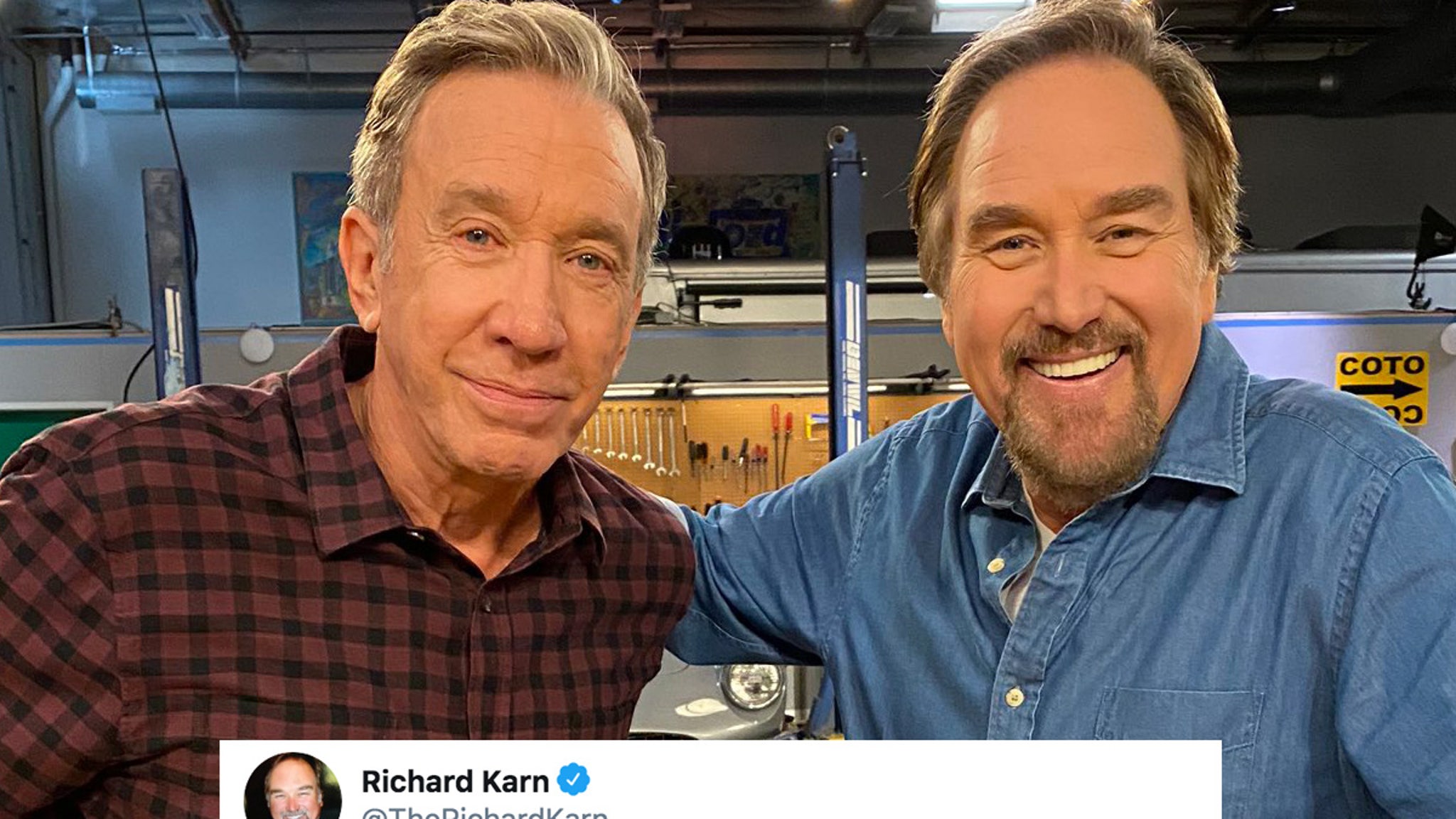 Tim Allen and his good friend Richard karn gives a sweet dose of nostalgia to the kids of the 90s … movies together again for a show they will host together.

The “Home Improvement” stars are working together again for the competition show “Assembly Required” on the History channel. Richard was so excited about the reunion that he sent a picture. If you’ve not sure how many fans will want to see them together again – it got almost 20,000 likes in just a few minutes!

Tim may have just given a smile to the picture, but he has been excited about this since back in August when he announced they were going to do the show. As he put it at the time, “I set up a competition show with @History and my old friend @TheRichardKarn to challenge the people who love getting things done!”

The series – which does not yet have a premiere date – features builders from across the country who are tasked with arranging all kinds of household items.

For those of you too young … Tim and Richard’s “Home Improvement” was a hit sitcom on ABC from 1991 to 1999. Since then, Richard has guest starred in Tim’s “Last Man Standing” – but this new series is the closest we’ve come to a “Home Improvement” restart.

Shout to Wilson, BTW … he’s not looking over a fence on their new competition series. Earl Hindman, who played the curious neighbor on “Home Improvement,” died in 2003. RIP