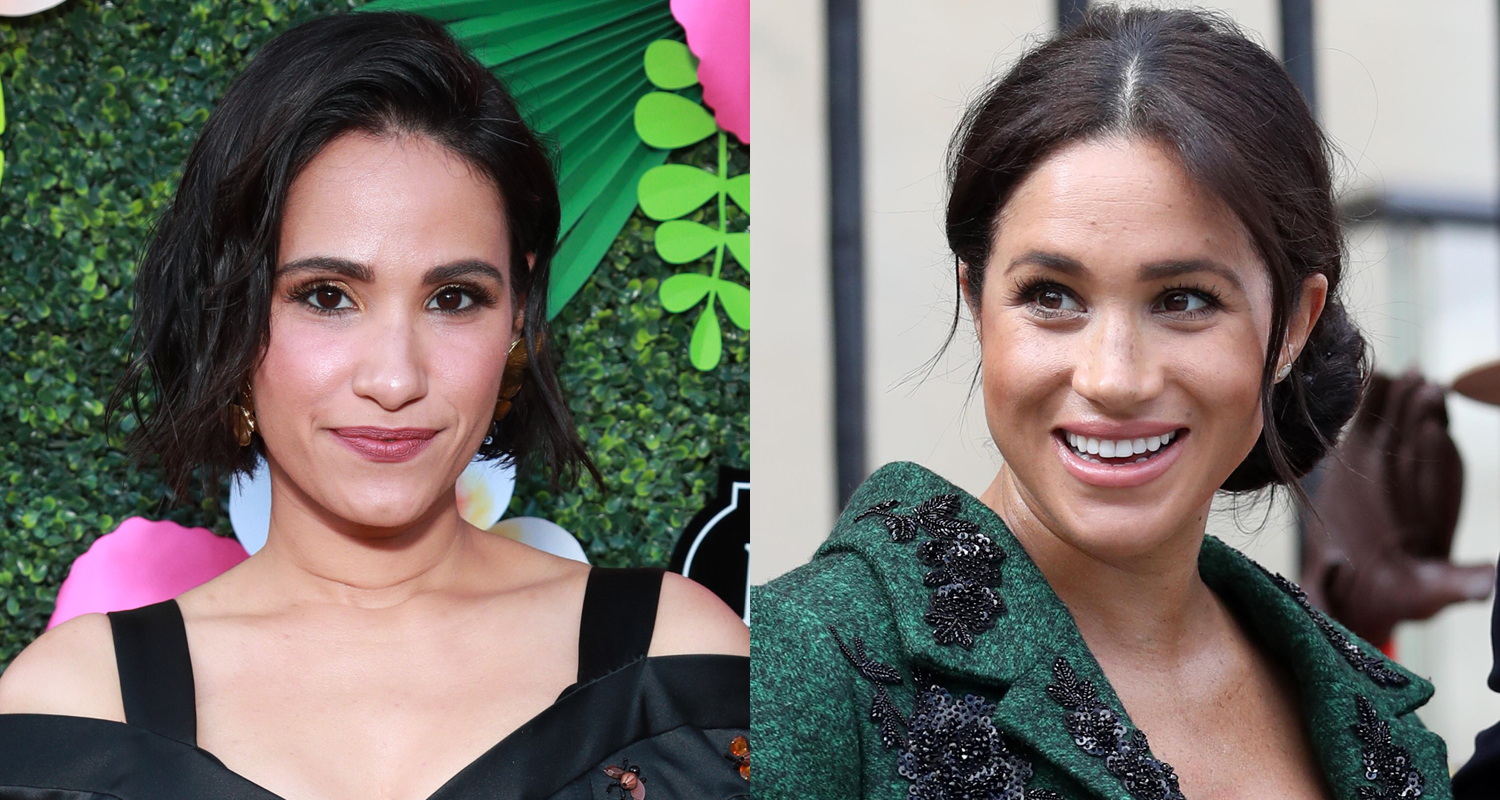 The 36-year-old actress – who portrays Meghan Markle in the Lifetime movie – opens up about playing the duchess in the movie while also revealing that their striking resemblance has had people mistaking Tiffany for Meghan for years.

"The first time it happened was when she was on Suits and started dating Harry. People would come up to me and say, "Do you know who you look like?" Tiffany shares with Glamor . "But the funniest story is that [couple years ago] I was in London doing another job, and I was training for a half-marathon and had on my L.A. Dodgers baseball cap. I was running in the park, which happened to be Kensington Park where Kensington Palace is. I asked a random guy to take a photo of me, and he was like, "Are you Meghan Markle?" I was like, "No, that's so sweet, but I'm not here." "

Tiffany added: "That night I went out with girlfriends who live in London, and they were like," You were legitimately asking someone to take a photo of you in front of her new house. '[Laughs] I even told that story in my audition for this role. ”

Tiffany stars alongside Charlie Field as Prince Harry in Harry & Meghan: Becoming Royal which airs tonight, May 27, on Lifetime.