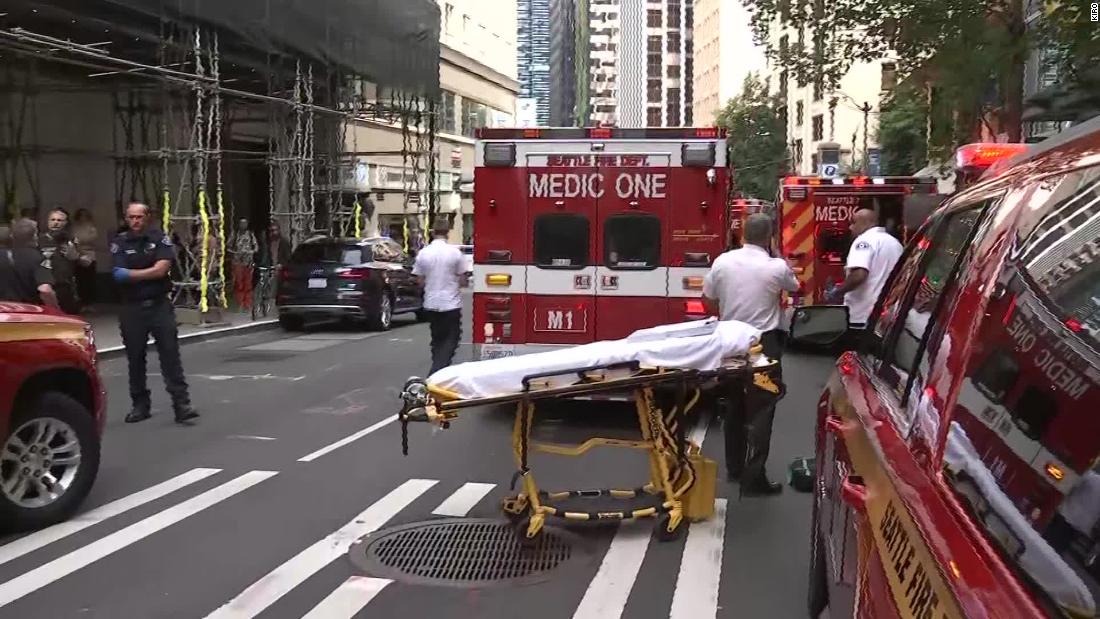 Shortly after. 10, the Seattle Police received a report on the stabbing in 6th Avenue. Officers found three victims had been stabbed on the street, spokesman for the Sgt department. Sean Whitcomb told reporters. A victim had entered a nearby business to seek refuge, he said.

The suspect ran away, but the police found the mere suspect several blocks away, about 8th Avenue and the Olive Way, and took him to jail, Whitcomb said.

The police regained a knife, and the man's clothes, which he shed when he ran from the police, said the department at his police's bare.

"We think this was an untested and accidental attack, so it's a lot about us," Whitcomb said.

Victims are a 77-year-old man, a 75-year-old man and another male victim believed to be about 55 years old, says Kristin Tinlsey, a spokeswoman from the Seattle Fire Department.

Both are in stable condition at Harborview Medical Center, the authorities said.

The third victim was stabbed in the forearm. He was treated on the spot, police said.

A victim is a Nordstrom employee, reported KIRO.

Police did not immediately identify the suspect.