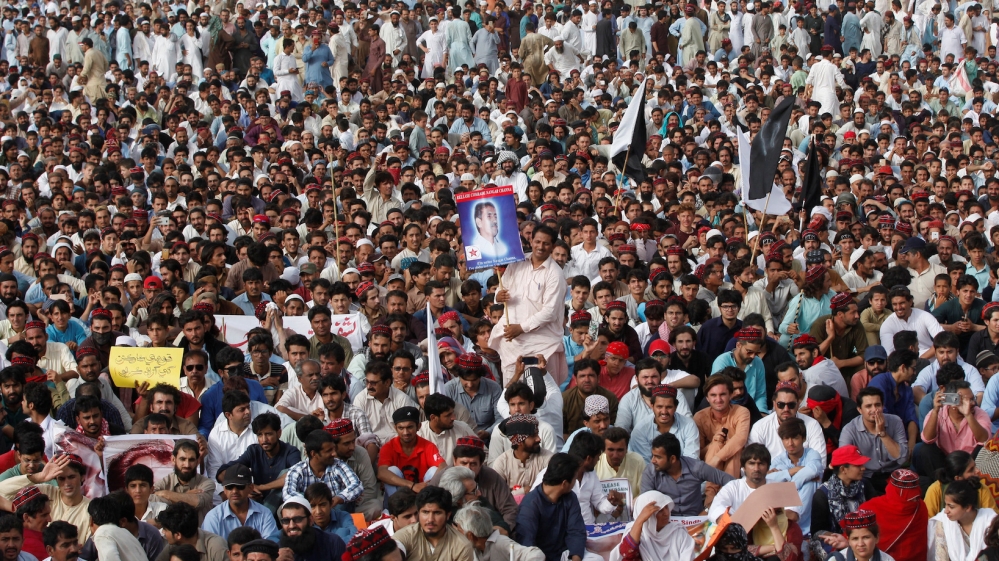 Islamabad, Pakistan – At least three people have been killed and more than 15 injured after firearms erupted near a Pashtun Tahaffuz Movement (PTM) protest against enforced disappearances in the Northwest Pakistani region of North Waziristan. This is the latest flare of tensions between the country's powerful military and rights group.

Gunfire emerged during the protest led by two PTM leaders who are also members of parliament, close to a checkpoint in the Khar Qamar area in north Waziristan on Sunday morning, the military said in a statement.

There were conflicting reports of who initiated the violence, with PTM activists who told Al Jazeera that soldiers fired on unarmed protesters while the military said the protesters "attacked" the post, led by Mohsin Dawar and Ali Wazir, both elected members of the National Assembly from the area in an election election last year.

Wazir and eight others were imprisoned after the violence, the military statement said. Dawar's residence remains unknown. Five soldiers were among the wounded, the military said.

Saud Dawar, the PTM leader's brother, told Al Jazeera that family members had received words that Mohsin Dawar was unheard of but that they had not been able to establish direct contact with him.

Dawar and Wazir led a protest in the area against an allegedly enforced disappearance committed by the military. The military said the arrested man was a "suspected terrorist facilitator".

Mobile phone reception and internet connection in North Waziristan are some of the worst in South Asia with limited infrastructure built in a district that has been among the lowest results on governance and socio-economic indicators for decades.

Al Jazeera was unable to independently verify details of the violence due to the limited connection to the area.

PTM shot prominently in January last year when it led nationwide protests against the out-of-court killing of Naqeebullah Mehsud, a young man from South Waziristan, by police.

The group, whose leadership consists of young rights activists from the war-torn tribal areas, where Pakistan has led the bulk of its war against Tahrake-e-Taliban Pakistan (TTP) and its allies, has campaign for accountability for alleged rights abuse of armed forces in the war.

It has three main requirements: clearing of land mines and other unexploded ordnance from the tribal areas; an end to extra-judicial killings in Pakistan's war against armed groups; and accountability for thousands of people who have been subjected to enforced disappearances by the state.

North Waziristan, once a stronghold of TTP, was cleared by Pakistan's military after a security operation was launched in 201

4 to break down the group. [19659005] PTM & # 39; s campaign has often brought the group up against Pakistan's powerful military, which has ruled the country for about half its 71-year history and public criticism, which is considered rare for fear of reprisals.

Last month, the military was accused of PTM of being funded by foreign intelligence agencies and warned leaders that their "time is up".

"How they play in the hands of others, their time is up," said military spokesman General General Asif Ghafoor, in the military's most powerful statement yet against a group that has faced arbitrary detention, treason betrayal against its leaders and a carpet ban on media coverage of its events.

On Sunday, PTM Lea at Manzoor Pashteen said his group would continue to fight for justice peacefully.

"This is a follow-up to the threat of" time is up "," Pashteen tweeted . "Over the last few days [the military’s]the social media teams have created the atmosphere of this attack today. Strongly protests this swept attack. PTM will continue its violent constitutional struggle."