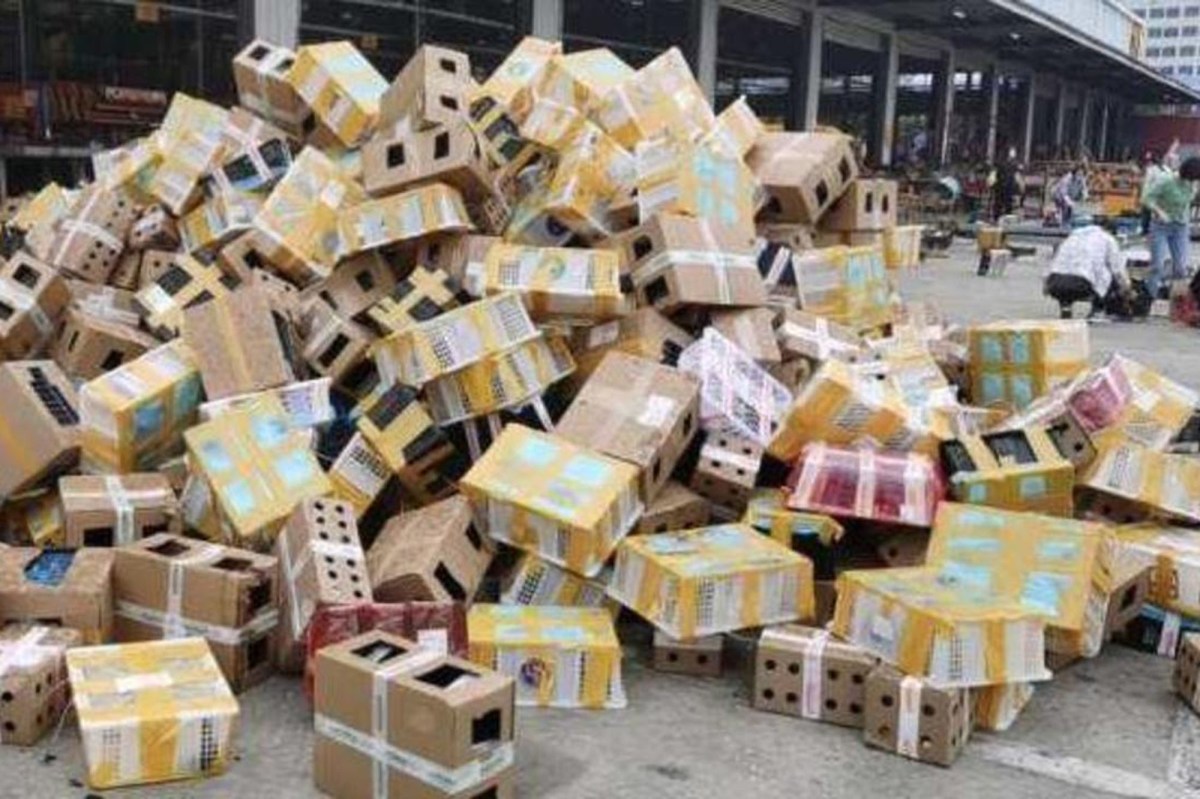 Thousands of dead cats, dogs and other domestic animals were found in shipping bins at a logistics facility in central China after being left without food or water for about a week, reports say.

“It was like a living hell,” said Sister Hua, the founder of the Utopia animal rescue group, which goes by a pseudonym, according to CBS News on Wednesday.

“The station was cluttered with express boxes with thousands of animals already dead, and the whole place smelled of rotting bodies.”

A total of 5,000 cats, dogs, guinea pigs and rabbits were found dead at the Dongxing Logistics facility in Henan’s Luohe town after going without food for about a week, the outlet reported. Only 200 rabbits and 50 dogs and cats made it alive with the help of Hua and 20 other volunteers, she told CBS.

1; all of whom probably succumbed to “suffocation, dehydration and hunger” after being left in plastic or metal cages wrapped in cardboard boxes with punctured breathing holes, the leak reported.

“Incorrect communication inside the shipping company and the inconsistency in the implementation of ship regulations led directly to the tragedy,” the activist told the outlet.

“Of course, both buyers and sellers bear the responsibility as well.”

The animals were probably bought online as pets, but shipping live animals in normal packaging is banned in China, Hua explained. She said Dongxing Logistics may have refused to cancel a shipment that violated transportation laws and left the animals stranded at the facility, she said.

The company that sent the pets, Yunda, told the state newspaper Global Times that it was not aware of the incident, but staff confirmed that they allowed live animals to be sent in boxes with holes.

Many of the rescued animals were adopted on the spot, while the seriously ill pets were taken to vets, the outlet said. Local officials have made sure the dead animals are collected, disinfected and buried as they launch an investigation into how the tragedy occurred.

Hua said the grim discovery is not only a heinous treatment of defenseless animals, it also poses a danger to public health, especially amid the coronavirus pandemic that apparently stems from bats in a Wuhan-wet market.

“Given the COVID-19 pandemic we are facing, it is so frightening to have these live animals transported that way and even end up dead,” Hua told CBS.

“Go for adoption instead of illegal purchase and shipping of animals,” she insisted, urging Chinese authorities to “strictly enforce” rules on shipping live animals.

In Japan, bears with a taste for grapes and chestnuts cause chaos