This Turned His Television Gaming Fan Into a Giant Nintendo Switch 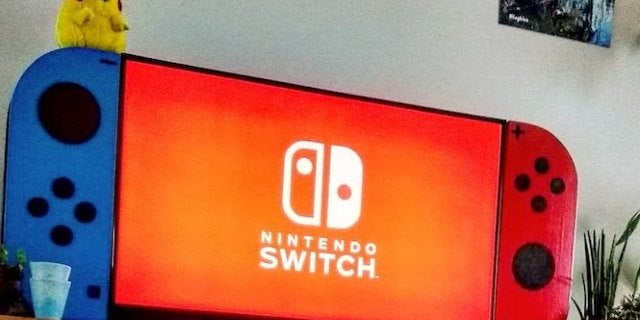 Fans of Nintendo games have awesome ways of showing their devotion to their favorite company, whether it's with a collection filled with SNES and Nintendo 64 titles; or collecting a number of stuffed Mario dolls (or, we suggest, Tingle from the Legend of Zelda series). But one particular of decided to go all out, turning his television into a giant Nintendo Switch

You can watch the video of the Nintendo table above, on the Switch_Dreamer YouTube channel. It doesn't appear that there is a video yet that documents the creation of the large Joy-Cons for television, but hopefully we'll get one soon. In the meantime, here's a cool behind-the-scenes photo

(Hate tip to DualShockers for the scoop!)