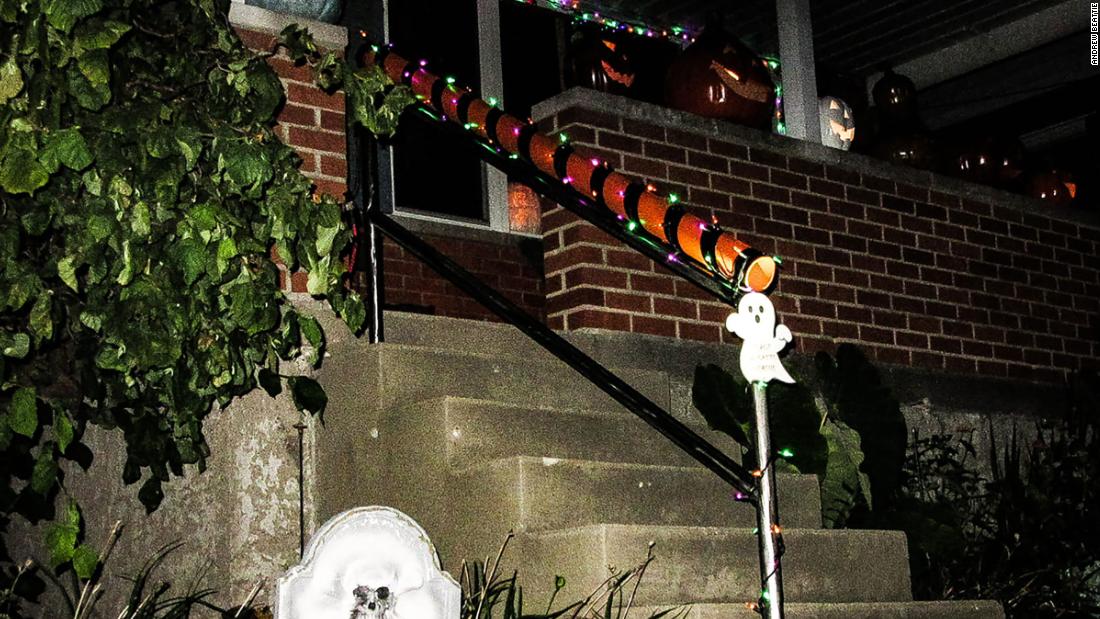 Andrew Beattie shared last Saturday on Facebook a photo of an orange and black “candy chute” he made with his 6-year-old daughter from materials around his house in Cincinnati.

“Our 6 ‘candy slide is ready to be attached to the railing! Come on, Halloween !!!” he wrote.

Halloween is one of Beattie’s favorite holidays. The horror film fanatic has an extra room dedicated to spooky suspense all year round.

He set out to create a touch-free trick-or-treat experience to deliver candy safely. He hopes that keeping the holiday tradition alive will create a sense of normalcy for children.

“This is something that kids will enjoy and not think about as I do this to prevent illness. They do it to have fun,” Beattie told CNN.

“We need it. We need the spirit of society back right now.”

The gutter took about 20 minutes to create using household items such as a cardboard tube, orange spray paint and black tape.

On Tuesday, Beattie released a new shot of the “candy channel” in its full effect. He decorated the tube with green and purple candles and fastened it to the railing outside his home with a zipper. At the end of the gutter, he added a sign in the form of a ghost asking all trick-or-treaters to “place buckets here.”

On Halloween night, he plans to wear a mask and gloves or use a pair of pliers to throw candy down the gutter for trick-or-treatingers waiting on the other side.

Beattie’s original post has been shared over 77,000 times on Facebook. He encourages those who want to hand out treats for the upcoming spooky season to try “candy chute”.

“It’s simple and something that anyone can do,” he said.

Near record heat, wins on the way to LA as Bobcat Fire rages on – Deadline