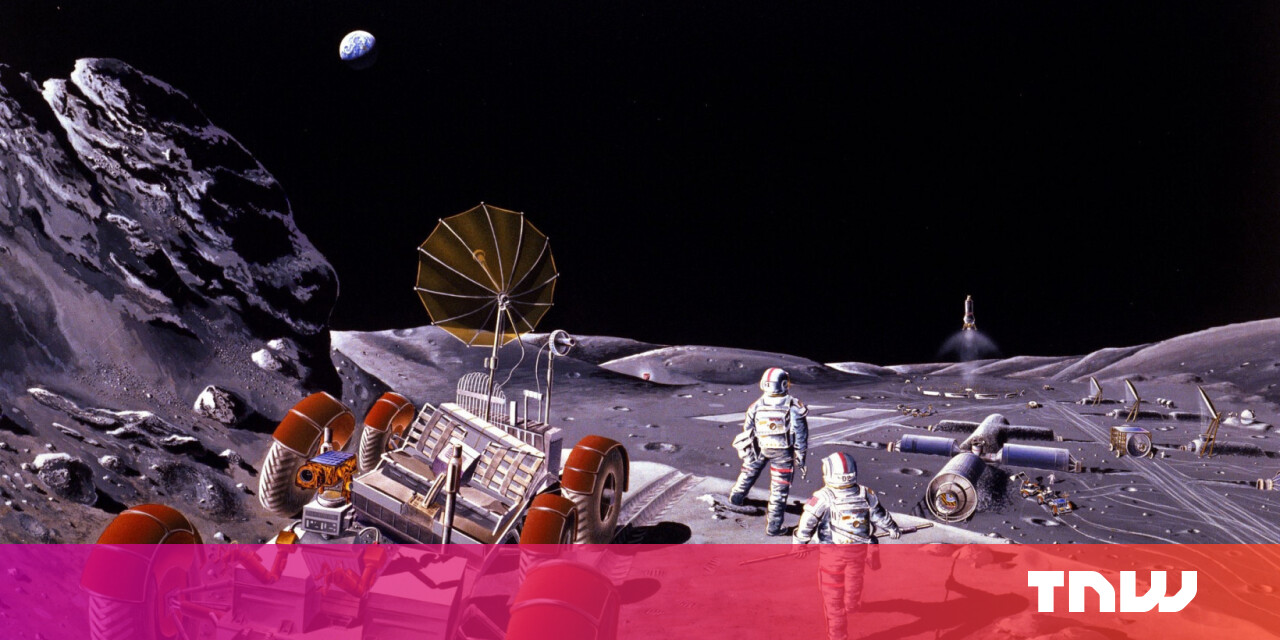 The Russian space agency Roscosmos and China’s National Space Administration (CNSA) recently agreed to establish lunar outposts on and in orbit around the Moon. This announcement comes as Russia prepares to mark the 60th anniversary of Yuri’s Night – the beginning of human spaceflight.

Roscosmos dates from 1991 from the disbanded Soviet space program. The Soviet space agency achieved a number of first-time events, including the launch of the first satellite as well as the first man and woman in space. In 1971, the Soviet Union launched Salyut 1

, the first space station, in orbit around Earth. The Soviet Union also played critical roles in the development of the International Space Station, as the outpost changed from Ronald Reagan’s original vision of an American space station. Freedom.

On February 10, the Tianwen-1 spacecraft arrived on Mars. Designed by the China National Space Administration (CNSA), this was the first mission to arrive on Mars with an orbiter, lander, and rover (though landers and rovers have not yet touched Mars’ surface). In December, a robot mission from China collected samples from the Moon and returned them to Earth for analysis. This was the first time in 40 years this was implemented.

“Within the framework of the establishment of ILRS, China and Russia will use their experience in space science, R & D and the use of space equipment and technology to jointly formulate a roadmap for the construction of ILRS and implement close cooperation on planning, demonstration , design, development, implementation and operation of ILRS, including promotion of the project to the international space communities, ”reports CNSA.

The space agencies in each country have issued statements welcoming developments and sharing their views on what may be the first massive structure constructed in a lunar orbit.
Each nation is committed to combining their rich experiences in space science, research and the use of space technology to explore Mars and develop an international lunar-based station for scientific research. Both countries will be involved in the planning, implementation of the design, development and operation of the research station.

“China and Russia are using shared experience and scientific technologies to create a roadmap for building an international research station on the Moon,” CNSA said in a statement released on WeChat.

Since the fall of the Soviet Union, the Russian Federation has lagged behind the United States and China in exploring the Moon and Mars, and the nation is seeking to take a leading role in space exploration again.

Why a lunar station?

A lunar station could give the world space agencies and the people of these nations many benefits. It would serve as a practical step between our current capabilities and the technologies needed one day to colonize Mars. A permanent lunar position could serve as a base for a variety of activities such as observations of the sun and other astronomical objects, the study of the earth’s resources and environment, and other bodies in the cosmos.

Building such an outpost would provide a research and evidence base for a number of important advanced technologies and capabilities, including robotics, in situ resource utilization, resource depots, deep space unit habitats, space propulsion, optical communication, space additive manufacturing (3D printing) and more.

During the “successful failure” of Apollo 13, the crew of this troubled spacecraft took amazing pictures of the moon’s surface as they returned their views to Earth. Here are some of the video footage they took while circling the moon in April 1970. Video by NASA.

The moon’s nature and its resources, such as large amounts of water preserved in eternally shady craters, make it a perfect base for the moon’s and subsequent Mars missions and other planetary activities.

The creation of an international lunar station will signal an important breakthrough in transportation, valuable extraterrestrial resources, power and communications, crew habitats and facilities that significantly reduce technical and economic risks to missions beyond the Moon.

And it would give the world space programs a much-needed clear, timely and logical next step in the human exploration of space.

The idea behind the construction of Lunar Station is to place a permanent human facility on the Moon using proven capabilities and best practices learned from the development and operation of the International Space Station.

“ISS offers proof of existence for the feasibility of sustained human occupation and operations in space over decades. It also demonstrates the ability of many countries to work together on a very complex and expensive space project over a long period of time to achieve a common goal, ”writes NASA in a 2014 study of a potential international lunar base.

The International Lunar Research Station is capable of supporting crews of 10-30 people, providing shelter, electricity, life support, communication and the ability to get out of the facility and travel across the Moon’s surface. This outpost was developed primarily through a consortium of public, private and international contributors under the agreement.

This is not the first time the two countries have collaborated on space missions. Moscow and Beijing are also working together on several other lunar projects and deep space research projects.

The community living in the International Lunar Research Station would work together, develop and share infrastructure, while developing their own specific abilities and talents.
The activities range from scientific research and technology development, resource extraction and processing to human exploration of the moon and even tourism. This company would build on the experience of the International Space Station (ISS), built and used by sixteen countries.

While considering budgets to build and operate the lunar station, presenters again looked at the ISS. The initial effort is likely to come from state-funded programs. To share the costs, it is useful that two of the leading world economic countries have agreed to pool their resources to build this international scientific research station.

A look at NASA’s own plans for permanent human habitation of the Moon, narrated by William Shatner.

ASA plans to return humans to the Moon with the Artemis program, a mission currently scheduled for 2024. When the Apollo missions placed 12 people on the Moon, only the United States and the Soviet Union had the technology to perform such a mission. mission. In the coming years, more nations, including China as well as some private companies, are likely to have the technology to place humans on the Moon’s surface.

Currently, the United States spends only half a percent of the federal budget on science. The 2020 budget for NASA was only $ 22.6 billion, while the current annual budget for the ISS runs around $ 3 billion a year. Roscosmos is funded annually with about $ 2.8 billion.

China and Russia estimate that a lunar base will cost approx. $ 2 billion a year to maintain. Of these costs, approx. half be transportation costs, while the rest finance payloads and operations. Once the first station is up and running, further funding from international and private partners is expected.

An essential technology that is still needed to build and operate a lunar station is cheap and reliable transportation to our planetary companion’s orbit – and potentially our new home.

This article was originally published on The cosmic companion by Chukwuemeka Aloysius Anigbogu and James Maynard, founder and publisher of The Cosmic Companion. He is a New England native who became a desert rat in Tucson, where he lives with his lovely wife, Nicole, and Max the cat. You can read this original piece here.