This is the Democratic ticket Trump should fear 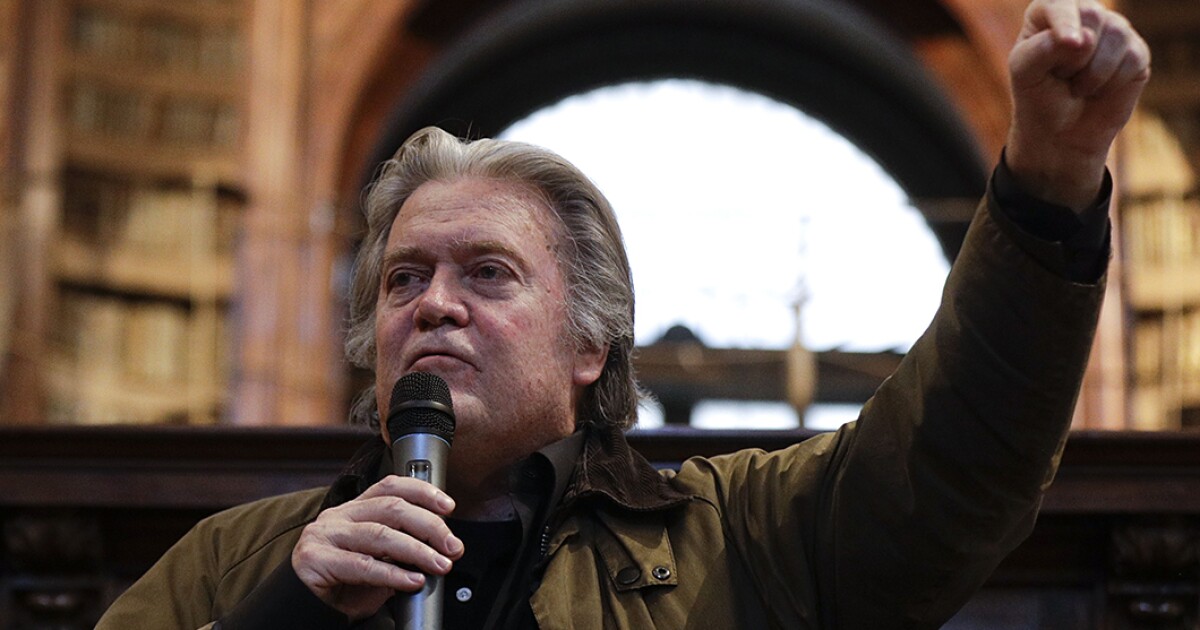 "Beto on the ticket with Harris is the most dangerous ticket for Trump," Bannon told a conservative group in Italy, according to the Daily Beast.

O’Rourke, 46, announced a run for president this month. The former representative from Texas is a star in the Democratic Party who came to prominence during his unsuccessful 201

8 bid to unseat Texas Republican Sen. Ted Cruz. O'Rourke lost at less than 3 percentage points, despite Trump winning the state by more than 7 points in 2016.

The 54-year-old Harris, who announced she was running in January, is a well-known senator and forms prosecutor from California. A recent poll shows that O'Rourke and Harris are in a dead heat, said at 8 percent each among Democratic primary voters. They both trail father behind forms Vice President Joe Biden and Sen. Bernie Sanders, I-Vt.

Biden has yet to announce his candidacy but is expected to soon. Sanders joined the race in February.