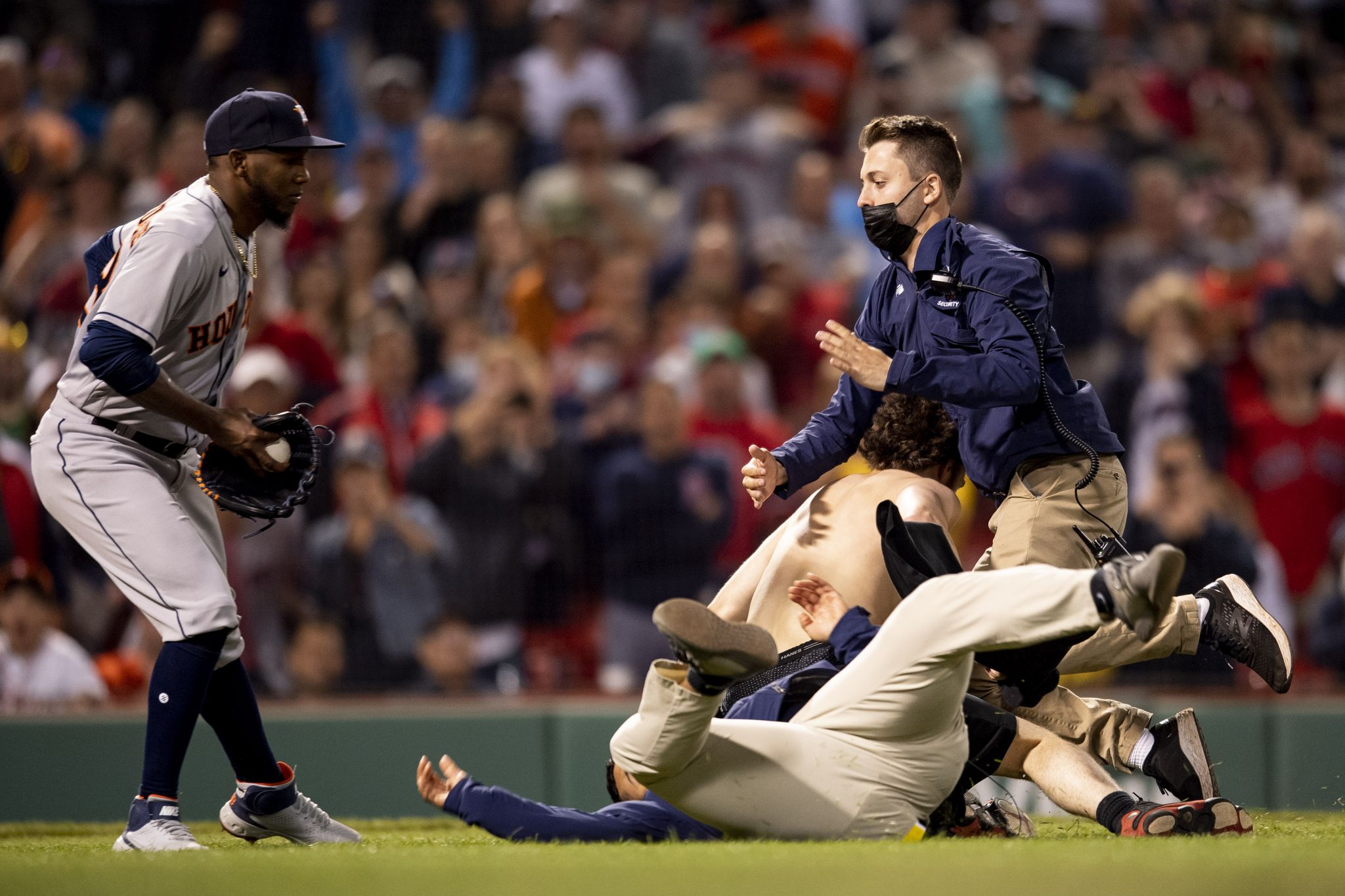 If you watched the Astros ’12 -8 loss on TV Thursday night at Fenway Park, you might not have realized that a wild sixth inning that included the Red Sox hitting around, two fallen fly balls and a lot of walking also contained shirtless fan bolted on the pitch.

As usual, the flag was not shown in the broadcast, but he was there, and he actually came dangerously close to Astros pitcher Enoli Paredes and catcher Martin Maldonado.

FAMOUS GAME CRASHER: Here’s why that fan ran on the field at the Super Bowl

The intention of the fan seemed to be more of an exciting ride rather than causing any actual harm. He jumped out of the right field spots and jumped towards the home plate while waving his jersey over his head. He came all the way between pitcher height and home before being tackled by Fenway Park security when Paredes and Maldonado stepped away from the action.