Theresa May failed to turn on the charm in Sharm 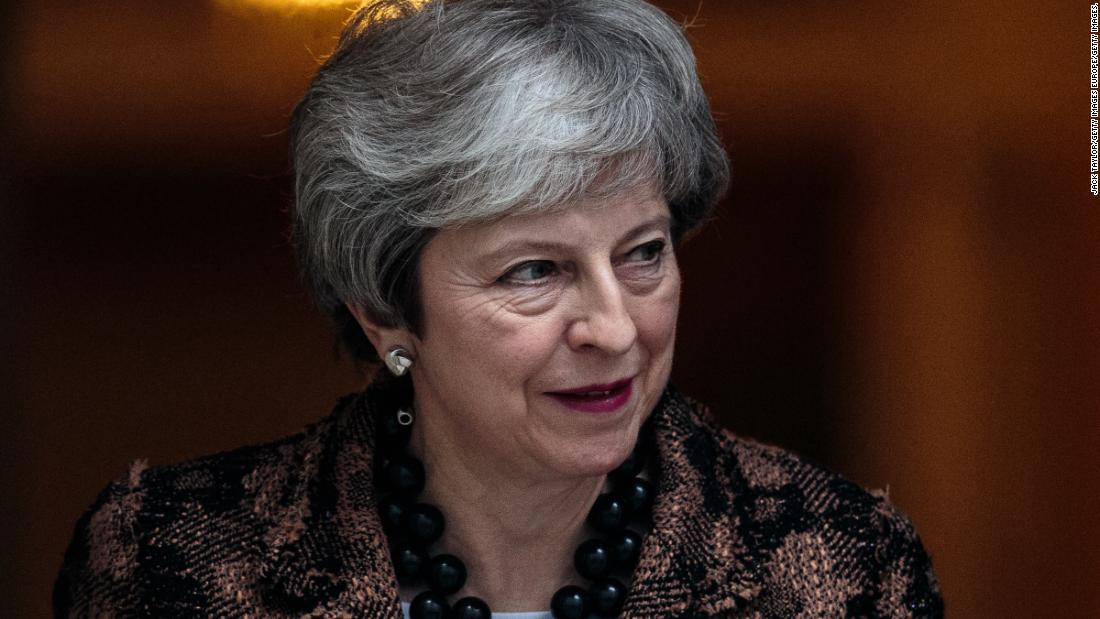 Although Brexit was not on the agenda, its core causes, some of the issues that helped tip the narrow Brexit vote in June 2016 towards leaving the EU, were: migration, security, stability and terrorism.

The summit's host and co-chair, Egypt's President Abdel Fateh el Sisi, has his people's blood on his hands, something EU leaders decided to look at.

European Commission President Jean-Claude Juncker was asked if he was bothered by sitting down with so many dictators . He replied that if he stuck with "crystal clear" democratic leaders, his week would be done by Tuesday.

The reality is that Brexit is within the EU of populist nationalism are awakening the EU architects to an existential threat that is barely contained just beyond Europe's borders.

A seasoned Arab diplomat in Sharm told me wryly, after years of summit, Europe finally gets it: "even if we don't agree on everything, they need to talk to us."

In this way, it seems Egypt benefited from a hobbled Saudi Arabia.

Normally the dominant voice at all thing Arab League, the Desert Kingdom is a something of a diplomatic doghouse at the moment. In the opening ceremony it was Bin Salman's father, King Salman, who stood with the European Council President, in the murder of Saudi Jamal Khashoggi's still in their international standing.

It is the second step in Sisi's international rehabilitation in as many weeks.

Seven days earlier he was a top-tier guest at the Munich Security Conference, a premier gathering of several hundred past and present world leaders, defense officials and diplomats in Germany.

He spoke about religious tolerance and tackling terrorism. Clearly, he knows which hymn sheet the EU wants to sing from.

But no one is fooled. Sisi has bound Egypt so tight his state organs almost throttle themselves. Fear and repression rise with the prices. The lucky run to stand still; Clearly, this summit was the diplomatic equivalent of a political back scratch.

Europe wants its borders protected from the onslaught of migrants. More to the point, it doesn't have its own politics upgraded by any more Brexits.

If Sisi, who agreed to spend much of the conference sitting at King Salman, was able to enjoy his moment basking in much-needed international Donald Tusk was born on the hellish Brexit battlefield

Once again, he and Theresa May sparred over the "backstop."

They met within hours of May's arrival, while news of her delaying a "meaningful vote" on the withdrawal agreement was still spreading around the conference center.

Whatever hopes she may have had when she committed to a dash to the summit clearly evaporated before her arrival.

Juncker said the pair had a "good meeting." Tusk was more than just about a deal before the Brexit deadline, saying, "The less time there is to March 29, the greater the likelihood of an extension. I believe in the situation we're in, an extension would be a rational But PM May still believes it is possible to avoid this scenario. "

Rutte said he didn't want to comment on the ongoing, behind-the-scenes talks, and many of the EU diplomats voiced frustrations that they still have I know what Theresa May wants.

If May did the charm in Sharm, it seemed to have had little effect.

She left to pick up the conversations in Brussels on Tuesday amid accusations from EU officials and British parliamentarians alike that she is running down the clock, unnecessarily putting everyone in danger of economic harm.

May is taking her high-risk Brexit strategy, here deal-or-no deal, closer to the wire – along with the risk of an unpredictable and potentially catastrophic no-deal Brexit. As the summit wrapped up she said: "I think any extension isn't addressing the issue … I have a sense from conversations with EU leaders that we can achieve that deal and where all my energy will be focused." [19659002] So May limps away, facing rebellion from party moderates, including Europhile members of her cabinet, who are threatening to quit unless they are the possibility of a no-deal Brexit.

Hardliners in her party will have only weakness in Sharm, as the PM once again failed to get anything out of the EU.

Optimists, including May herself, point to the continuing talks as a sign she can still deliver a Brexit deal before March 29.

That is between a rock and a hard place is beyond doubt. Yet it is of its own making, and the concern is that as the options go out, the default no deal becomes more likely.

Sharm was a lesson in many things, not least the need to work with neighbors. It was quite remarkable then that spent her visit focused on decoupling herself from the very conversations intended to make the UK safer from the very threats that precipitated Brexit.