The Vikings were more complicated than you might think 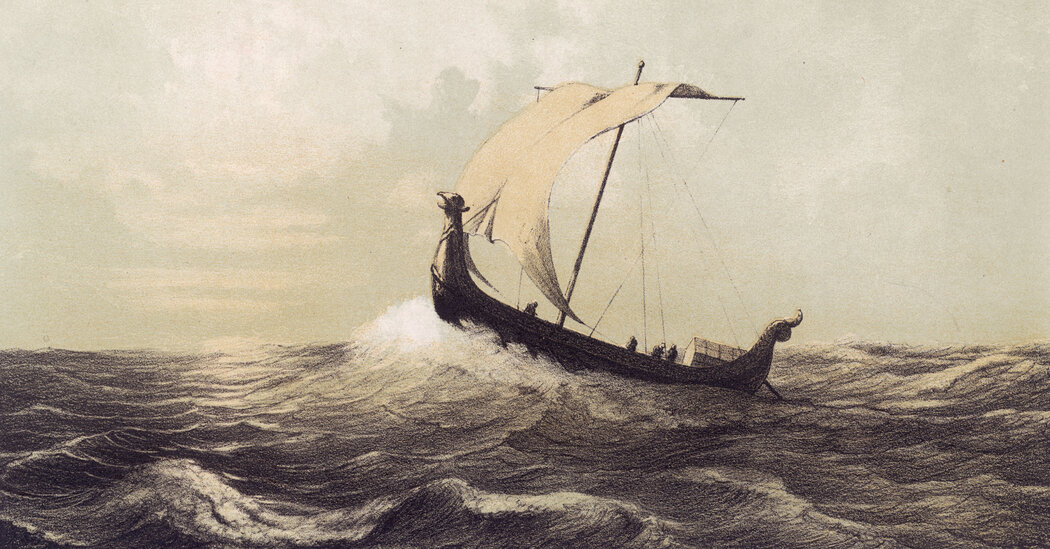 Public fascination with the Vikings is running high these days with several current TV series available for bloody binge-watching. But the Vikings have never really gone out of fashion, either as pure entertainment or because of their true historical significance.

Researchers regularly remind the public that the people we call Vikings did not think of themselves as a group and largely, but not universally, came from the geographical area we now call Scandinavia. The Viking Age, from about 750 to 1050, involved brutal raids, extensive trade and commerce and probably a majority of people who stayed at home on the farm.

Now, one of the most profound genetic studies of ancient DNA ever made has largely strengthened the current historical and archaeological understanding of the Vikings, but also offers some surprises around their travels and reveals some gripping personal stories. 90 researchers, led by Eske Willerslev, an old DNA specialist from the University of Copenhagen, reported on Wednesday in the journal Nature about their analysis of the genomes of 443 old people from Europe and Greenland.

Based on DNA analysis and comparison with modern population, they found that people who were genetically similar to modern Danes and Norwegians generally led west in their raids and trade, while “Swedish-like” people mostly led east. The results are based on graves from raiders or traders in England, Ireland, Estonia and elsewhere.

However, they found that this was only a general pattern. Sometimes Swedish-like groups headed west, and the others headed east.

They also found considerable genetic variation in the ancient remains, indicating that southern Europeans migrated to the area of ​​Denmark before the Viking Age, which undermines any idea of ​​a single Nordic genetic identity. Some of the earliest inhabitants of Britain, the Picts, for example, were buried as Vikings.

The researchers also found people of mixed Sami and European descent. The Sami are reindeer herders with a certain Asian genetic background who have lived throughout Scandinavia and in other countries for thousands of years. They have been considered to be in conflict with the Scandinavians of European heritage in the Viking Age.

Dr. Willerslev said the common perception was that the two groups were hostile. But perhaps, he said, there were non-hostile interactions between them that led to offspring that were of mixed inheritance and part of Viking groups.

David Reich of Harvard University, a specialist in population-based DNA research who was not involved in the research, said the study was one of the largest ever conducted of ancient DNA. One result of this, he said, was that not only broad patterns emerged, but also specific findings that show the relationship between people. “You get to ask detailed questions about how people relate to each other within a site,” he said.

For example, the earliest evidence of a Viking expedition comes from a burial site dated to about 750 in Salme, Estonia, where two Viking ships were buried; seven men in one, 34 in another with weapons, provisions, dogs and birds of prey. No one knows if this was a raid, or a diplomatic or trade expedition went wrong, but the men appear to have been killed violently and buried as warriors.

The DNA analysis showed that four of the men were brothers and they were related to a fifth man, perhaps an uncle. One of the authors of the report, Neil Price, an archaeologist at Uppsala University in Sweden and the author of the recently published “Children of Ash And Elm: A History of the Vikings”, said: family, but it shows that they really did. ”

“There’s a story behind it,” he said, “” to save private Ryan “or something.”

Soon available for binge-watch on your favorite Viking channel.