The size of the human body shaped by climate, evolutionary study shows | Development 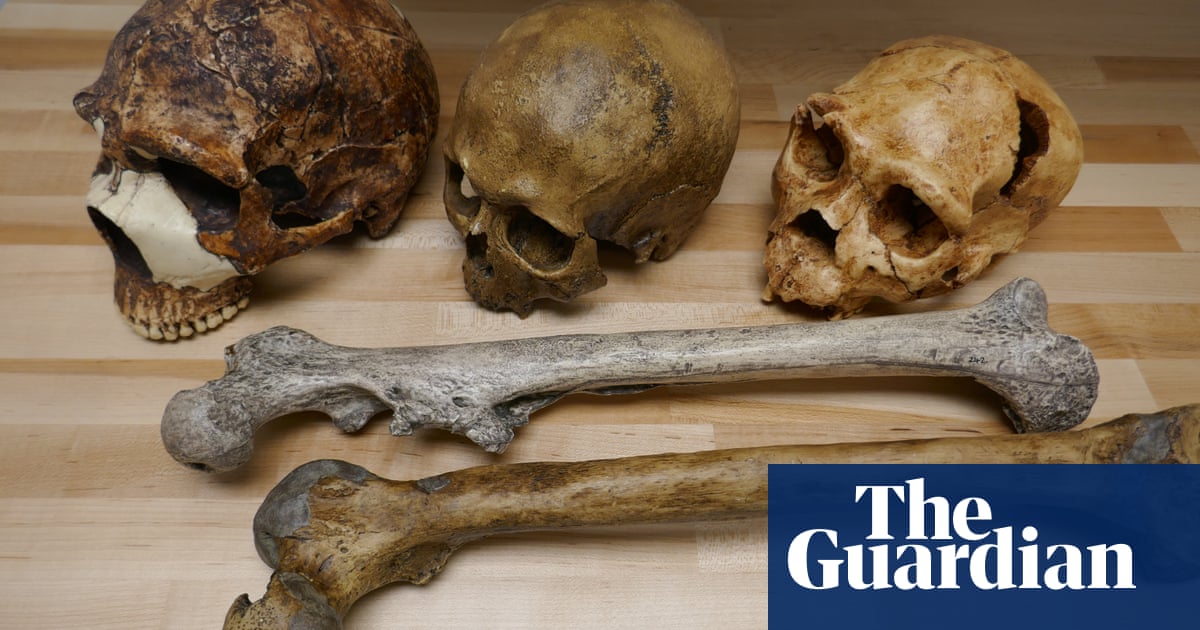 A well-known pattern in human development is an increase in body and brain size. Our species, Homo sapiens; is a part of Homo genus and originated about 300,000 years ago. We are much bigger than before Homo species and have brains three times larger than humans that lived a million years ago.

There has been debate about the factors that make humans evolve in this way, which has led a research team led by Cambridge University and Tübingen University in Germany to combine data on more than 300 human fossils from Homo related to climate models to determine the role that the climate played in driving evolution.

The team determined what temperature, precipitation, and other climatic conditions each of the fossils spanning the last million years would have experienced when it was a living human. The study, published in Nature Communications, found a strong correlation between temperature and body size, showing that climate was a key driver for body size during this period.

“The colder it gets, the bigger the people,” said Dr. Manuel Will, researcher at the University of Tübingen and joint first author of the study. “If you’re bigger, you have a bigger body – you produce more heat, but lose relatively less because your surface does not expand at the same speed.”

“It’s not entirely surprising, but it’s interesting to see that in this respect our evolution is not so different from that of other mammals,” said Drs. Nick Longrich, University of Bath Milner Center for Evolution, who was not involved in the research. “We face similar problems when it comes to winning and losing heat, so we seem to have evolved in similar ways.”

The study also found a link between brain size and climate, but the results show that environmental factors have significantly less influence on brain size than they have on body size.

“This phenomenon shows that body and brain size are under different selective pressures,” said Prof. Andrea Manica, another researcher in the study. “This study really manages to dispel the fact that both [brain and body size] increases, but increases for very different reasons. ”

The results showed no correlation between brain size and temperature. Instead, researchers associated more stable climates with larger brains. This effect is related to the dietary needs of people living in environments with variable climate stability.

“The more stable [the climate] is, the bigger the brains are, ”Will said. “You need a lot of energy to maintain a large brain – in stable environments you will find more stable food, so you probably have enough nutrition to give you that energy.”

“There are other factors that affect the climate at the bedside,” Longrich said. Competitive, social, cultural and technological factors are identified by the researchers but not tested in this study. Future models should aim to include these interacting components.

Will points out that development is underway, but there are different drivers now a million years ago. “The past gives us clues about the future; we can learn from it. But we can not just extrapolate from it, ”he said.

He explained that while we are currently seeing the climate getting warmer, we cannot assume that our bodies are getting smaller as a result.