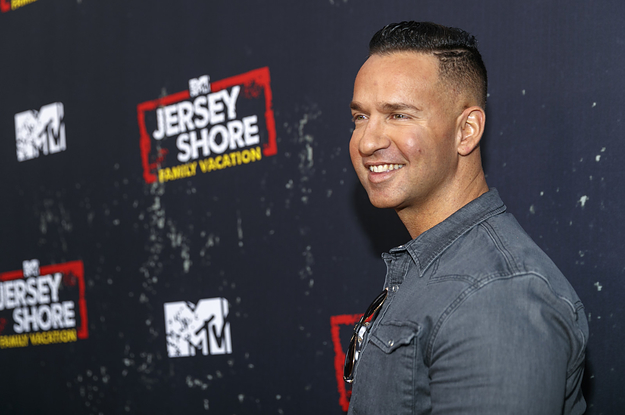 Sorrentino, 37, will be incarcerated at a federal corrections center in Otisville. , New York, part of his plea deal, which also includes two years of probation, officials confirmed

Shortly before being locked up Tuesday, he was on social media that he would make a comeback.

Before pleading guilty in January to one count of tax evasion, Sorrentino had been facing up to five years in prison, according to the Department of Justice. His older brother, Marc, was sent to two years in prison after being guilty of one count of aiding in the preparation of a fraudulent tax return.

Meanwhile, Sorrentino got married to Lauren Pesce at a lavish wedding attended by almost all of his forms MTV costars

Sorrentino has been vocal about to change his past behavior and has now been proud to be three years sober.

The brothers were indicted in 201

4 and charged with tax evasion, structuring, and falsifying records for conspiring to defraud the US by not paying federal income tax on approximately $ 8.9 million that Michael earned between 2010 and 2012. Prosecutors also alleged that the brothers filed false tax returns and understated gross receipts, alleged fraudulent business deductions, and disguised income payments.

As part of the conspiracy, the brothers also receive funds from business and personal bank accounts and used the money to pay for personal items, such as high-end vehicles and clothing. The government also accused Michael Sorrentino of making multiple cash deposits on the same day in amounts less than $ 10,000 into different bank accounts to evade reporting requirements.