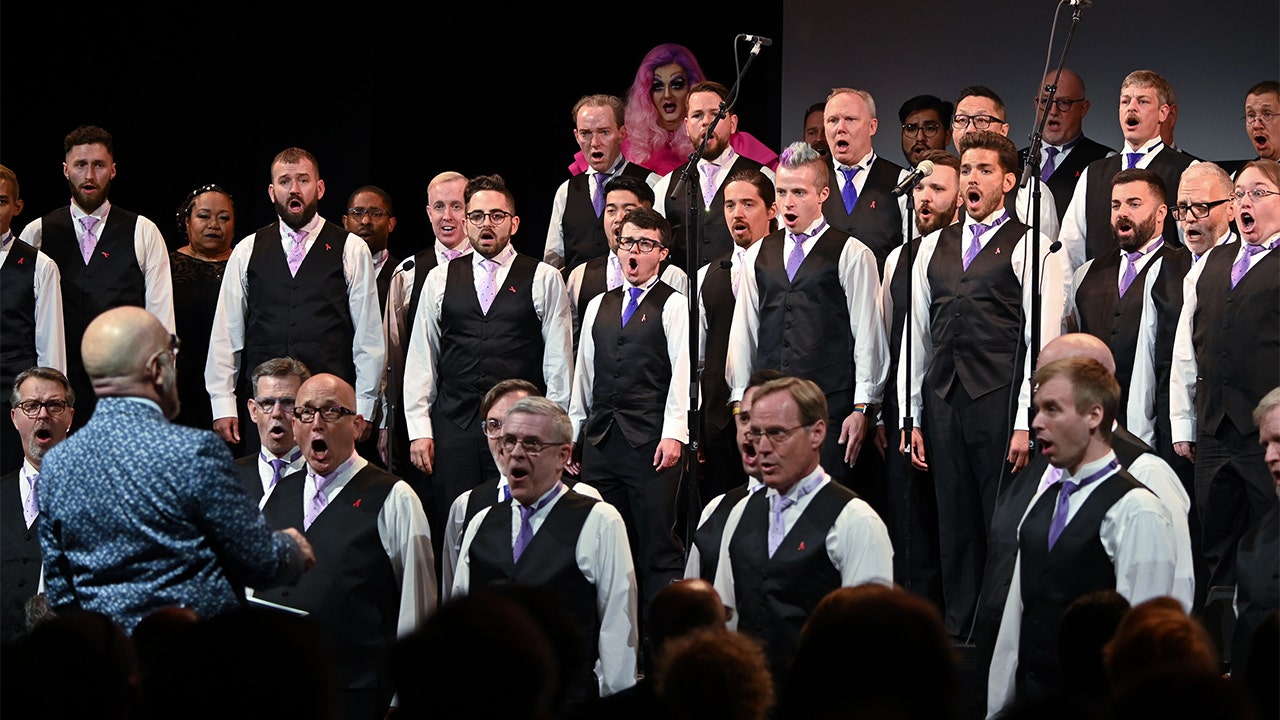 The San Francisco Gay Men’s Choir faced a wave of setbacks this week after offering it described as ironic humor about fear around children and the “gay agenda.”

The setbacks came after the choir released a video in which they sang about indoctrinating children to be more concerned about “justice” and “justice”.

“You think we will ruin your children if our agenda is not marked,” sings one of the members. “Funny, just this time, you’re right.”

“We’re converting your kids. Going little by little. Quiet and subtle. And you’ll hardly notice it. You can stop them at the disco. Warn about San Francisco. Make them wear pleated pants. We don̵

7;t care. We don’t care. “I convert your children. We make them tolerant and fair.”

The video got plenty of pushback from conservatives. “Man, this mouth sounds like a cult, doesn ‘t it? “, read an article for Not The Bee.” This is grotesque and unacceptable! “tweeted Brigitte Gabriel from ACT for America.

Commentator Raheem Kaseem tweeted: “LGBT in 2010: ‘NO WE ARENT INTERESTED IN BIDS YOU BIGOT WE WE WUSTNA GIFT LIKE YOU.'” He continued to tweet “LGBT in 2021” and instructed followers for an article about the song.

Republican state legislator Christina Hagan said, “They sing pompously about undermining families’ traditional values.” According to The Post Millennial, the video was made private after receiving 88 likes and 5,000 antipathies. The group said it made the video private for the safety of the member. Although the original was removed, footage appeared on other YouTube pages and on Twitter.

The SFGMC did not immediately respond to Fox News’ request for comment, but the group posted a lengthy response on Twitter.

In it, the SFGMC seemed to blame conservative media for setbacks.

“The far-right Conservative media found our ‘Message …’ video and have taken it as their case … They have taken the lyrics out of context to support a narrative that suits their intolerant and hateful needs,” the statement reads. .

It added that the video was apparently “tongue-in-cheek humor” and claimed that setbacks have included “threats of harm”.

The group also defended itself, saying: “After decades of children being indoctrinated and taught intolerance to anyone who is ‘other’, from using the Bible as a weapon of reparative treatment, it is our turn. We have dedicated ourselves to to be role models, teaching, spreading the message of love, tolerance and celebration through our music. “