The report says the FBI warned of plans for the attack 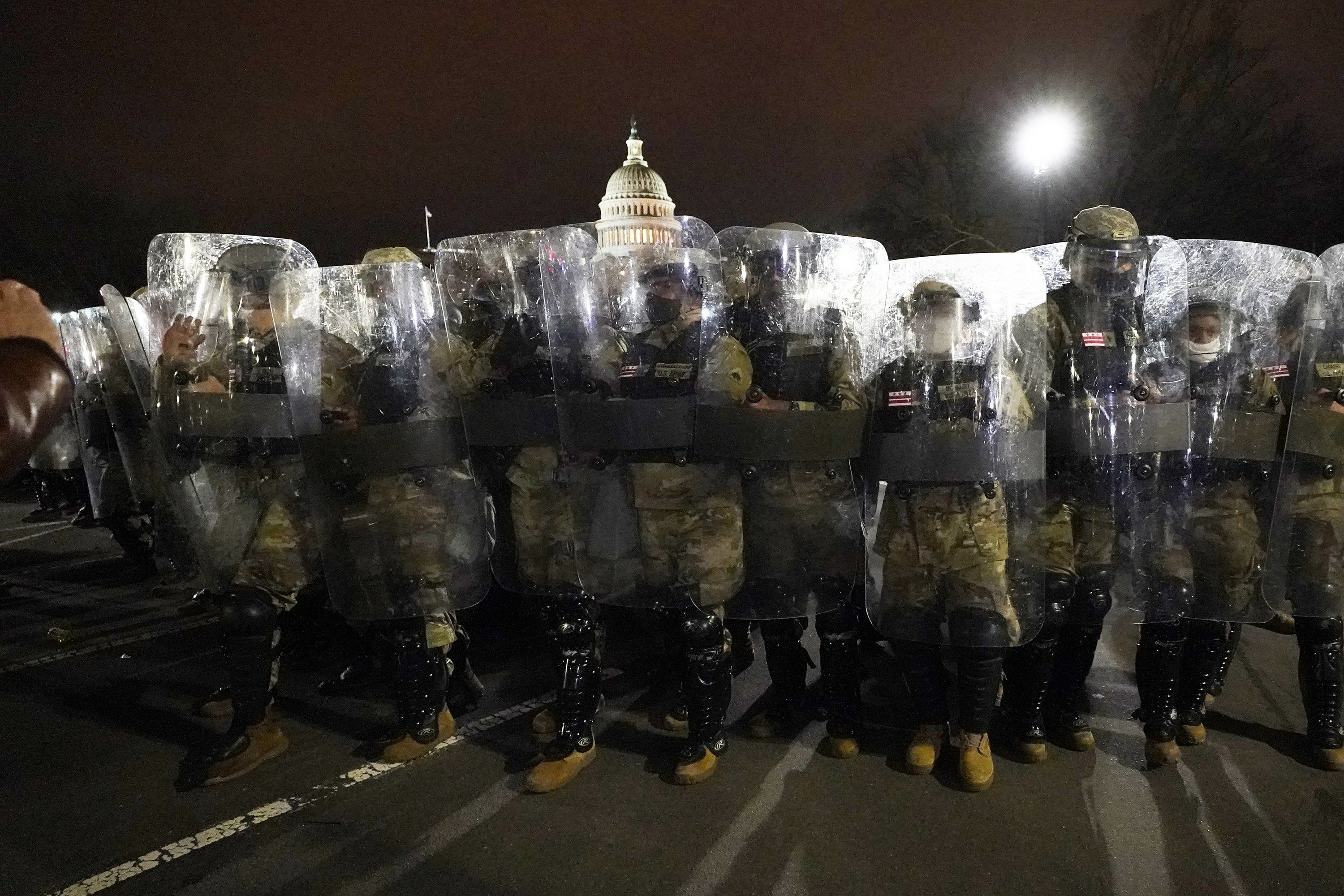 The latest on the fallout from the attack on the US Capitol by a crowd of pro-Trump loyalists (all time local):

According to a report in The Washington Post, the FBI had warned that extremists were preparing to come to Washington, attack Congress and engage in “war.”

The report says the warning was issued internally by the FBI’s field office in Norfolk, Virginia, a day before the violent uprising at the US Capitol.

The warning directly contradicts statements by the Justice Department and FBI officials that they had no intelligence that could indicate a storm of the Capitol.

7;s tunnels and discussed gathering points to meet to travel to Washington. The newspaper reported that the document detailed posts calling for violence, including that “Congress needs to hear glass break, doors get kicked in and blood from their BLM and Antifa slave soldiers spilled.”

It also said to “go there ready for war.”

The Associated Press has not received the document. The FBI did not immediately respond to a request for comment.

Senate Democratic leader Chuck Schumer said the violence at the Capitol shows the need for the Senate to quickly confirm Joe Biden’s national security team on the first day of his administration.

Schumer said in a letter to colleagues that the deadly Capitol uprising of a mob loyal to President Donald Trump last week was “one of the darkest days in all of American history.”

The Senate often confirms some nominees on inauguration day on Jan. 20, but this year, the Senate is likely to convene Trump’s prosecution process as well. Parliament is set to charge Trump this week with a single charge of inciting revolt in the violent uprising.

Schumer outlined the party’s agenda and promised to move forward with democratic priorities.

HERE IS WHAT YOU NEED TO KNOW ABOUT THE FALL OF THE RIOTING ON THE CAPITOL:

Prior to the indictment, Parliament hastened to oust President Donald Trump from office, warning that he was a threat to democracy and pushing the Vice President and the Cabinet to act first in an extraordinary effort to remove Trump in the last days of his presidency.

– The FBI warns of plans for nationwide armed protests next week

Here’s what else is going on:

A total of 15,000 members of the National Guard have now been activated and will deploy to Washington, DC to help ensure security in the run-up to the inauguration of President-elect Joe Biden.

The number of guard members coming in from other states has risen amid growing fears of more violent protests in the wake of the deadly uprising near the US capital last week.

Army General Daniel Hokanson, head of the National Guard Bureau, was given the power to tap up to 15,000 Guards, but he has said requests for help from the Secret Service, US Park Police and Capitol Police have increased this week.

The Army also said Tuesday that officials are working with the Secret Service to determine which Guard members may need additional background screening. Rep. Jason Crow, D-Co., Had asked Army Secretary Ryan McCarthy to get the Army’s Criminal Investigation Command to protect guards to make sure they were not “sympathetic to domestic terrorists.”

The Army said the CID will not review the entire shift, but some members may be subject to further background screening. Traditionally, those who come close to the president – or in this case the elected president – are closely monitored.

So far, officials said they have not yet identified any Guard members who took part in the protests, but an investigation is underway.

In a statement, the Army said the DC National Guard also provides troops with additional training when they arrive in the city, so they know how to identify and report any extremist behavior to their commanders.

The Army also said it was working with the FBI to identify people involved in the Capitol attack, adding, “any activity involving violence, civil disobedience or a breach of the peace can be punished according to the uniform code of military justice or under state or federal law. ”

Senate Democratic leader Chuck Schumer is urging the FBI to add anyone identified as violating the Capitol during last week’s violent riots to the federal flying list.

Schumer sent a letter Tuesday to FBI Director Christopher Wray saying the attack on the Capitol when Congress voted to confirm President-elect Joe Biden’s victory was “domestic terrorism.” He said those who stormed the Capitol should qualify as “rebels for the No-Fly List”.

Schumer told Wray that they, too, must be fully prosecuted under federal law. The letter was obtained by The Associated Press.

The federal list of non-flights is part of the U.S. government’s database of terrorist investigations and bans anyone who “may pose a threat to civil aviation or national security” aboard a commercial aircraft. In order to be placed on the list, the government must generally have information that the person poses a “threat of committing terrorism” to the aircraft or the U.S. home or facilities.

The no-fly list is one of the government’s most controversial post-sept. 11 counter-terrorism programs.

President Donald Trump takes no responsibility for his role in promoting a violent uprising at the U.S. Capitol last week.

A Capitol police officer died of injuries during the riot, and police shot a woman during the violence. Three others died in what authorities said were medical emergencies.

Trump spoke to reporters before traveling to Texas on Tuesday, saying his remarks to supporters last week were “perfectly appropriate.”

Minutes before his supporters stormed the Capitol, Trump encouraged them to march on the seat of the nation’s government, with lawmakers voting in favor of election votes confirming the election of President-elect Joe Biden. Trump had for months also spread unsubstantiated allegations that the November election was fraudulent despite his own government’s results to the contrary.

While rebels were still in the Capitol, Trump released a video that apparently apologizes for the events and said of the rebels, “We love you. You are very special. ”

President Donald Trump on Tuesday told White House reporters that the prospect of persecution is causing “enormous anger” in the nation. But he said he did not want “any violence.”

The president spoke as he traveled to Texas to study the border wall with Mexico. His remarks were his first to reporters since the Capitol attack.

On indictment, Trump said it was “a really terrible thing they are doing.” But he said, “We do not want violence. Never violence. ”