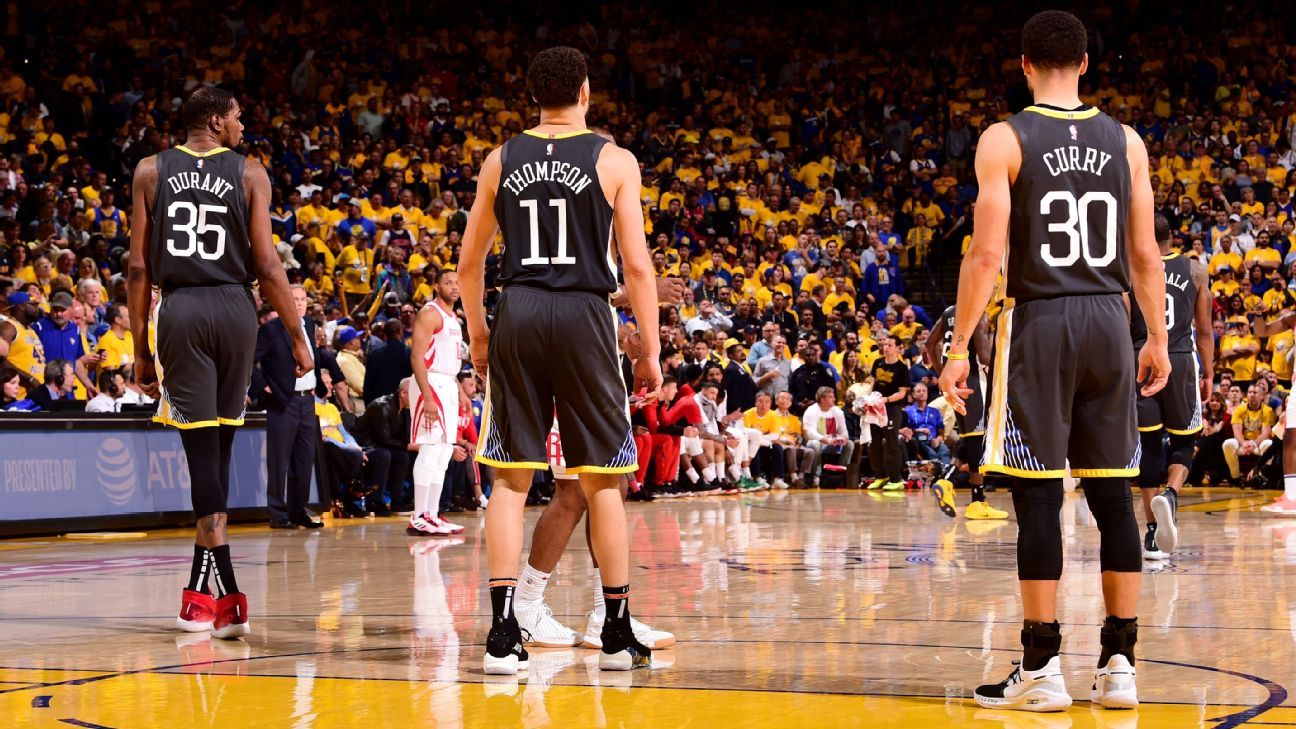 Just how good are the Warriors without Kevin Durant, who has missed the Golden State's five games because of the strain of the NBA's finals?

At some point as the Warriors ripped off a five-game win streak to close the Houston Rockets and sweep the Portland Trail Blazers, the statistic started circulating that Golden State lost only once in the past 30-plus games that Durant sat out and Stephen Curry played.

That record is now 31 or the past 32 games with Curry and without Durant dating to March 2017, a .969 win percentage that would be equivalent to 79 wins over an 82-game schedule. How have the Warriors been so effective without Durant? And most likely they are up against their toughest test yet, with Durant not expected to return for Thursday's Game 1

of the finals against the Toronto Raptors?

Let's take a closer look at how Golden State has played without Durant to help answer those questions.