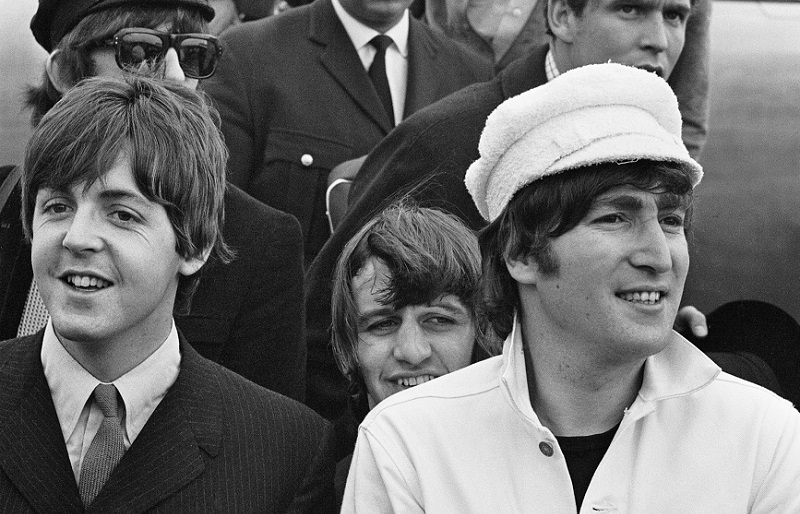 With about 200 songs in the Lennon-McCartney catalog, you think the two great Beatles songwriters would have some disagreements about who wrote which classic melody. However, this was almost never the case. After looking back, Paul and John came to the primary writing for almost every track.

For listeners, there are several characters pointing to a songwriter or the other. Firstly, the one who sang the main track was the author. Occasionally, Ringo called a Lennon-McCartney tune, but typically John and Paul sang lead on their own songs.

You could also get traces in the subject and musical style. If you heard what sounded like a 1930s tune, you could be sure it was a Paul McCartney song ̵

1; the kind John mentioned (not loving) as Paul's neighbor music.

There were still two occasions that found John or Paul claiming he wrote more than the other (and everyone else present) remembered him doing. It took some digs of others to put the record straight.

When Paul recorded "Yesterday" without the help of John and the other Beatles, the cat was out of the bag in the studio. From that point on, it would not be a great thing if one of the band members decided to try an event without guitars and a rhythm section.

Paul did it again at Revolver's "Eleanor Rigby." The moody track ended with eight musicians strictly in what became a classic event. You can immediately say that the song John Lennon would never write.

John never claimed to have a hand in the musical composition. However, he claimed that he wrote most of the texts. Talking to Playboy's David Sheff in 1980, John said he wrote anything but the first verse. But others present these days recalled that he wrote much less.

In Paul's remembrance, he had the main texts written and asked for help in completing the song. Ringo carved in a sentence, George gave "Ah, look at all the lonely people", and John could have thrown in a line or two. But no one remembered that John did any significant part of the songwriting.

In the case of Rubber Soul's "In my life" it was Paul who remembered to contribute much more than anyone close to the Beatles could confirm. For this track, John wrote the texts first, so no one contested where the idea or words came from.

But Paul said the whole melody was his. This time you can probably say the majority of the music, with its minimal pitch in pitch and simple verse, sounded much like other Lennon tunes. Basically, everyone agreed that John wrote what was around The Beatles then.

However, John gave credit to Paul for the middle section. He also said that the harmony came from his old songwriter partner. But a scientific study also doubts so much of a contribution. (It is estimated that there was a 2% chance that Paul wrote the music for "In My Life.")

All things considered, two out of 200 are not bad. With more than a decade separating the composition from their memories of their old songs, Paul and John came in for almost everything. In these insignificant cases, they just had to rely on a little help from friends to get it right.