The next 3 months of COVID-19 outbreaks will be ‘terribly painful’, says Dr. Fauci. What does this mean for NJ? 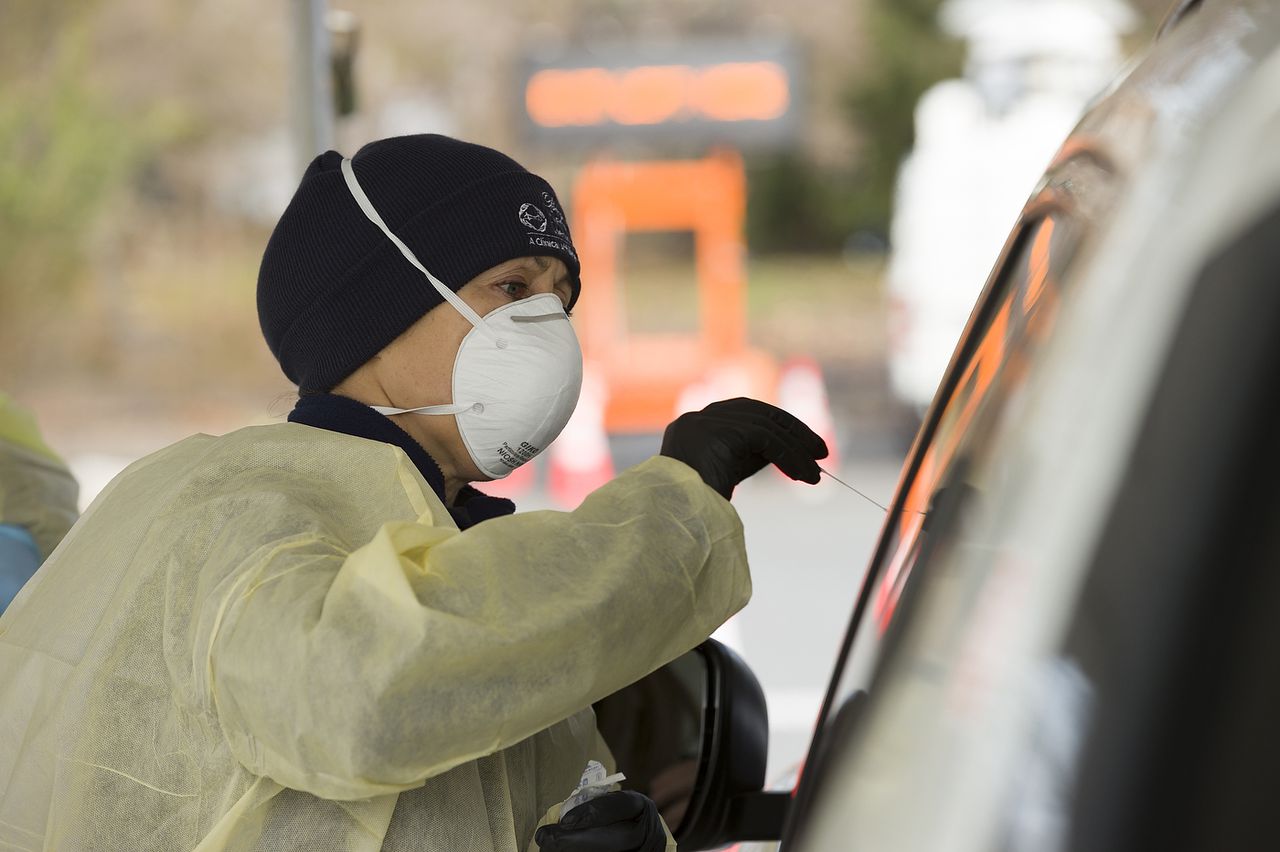 Dr. Anthony Fauci had a terrible prediction this week about the rising second wave of the coronavirus pandemic.

New Jersey Gov. Phil Murphy had a similarly gloomy view, even amid news that several vaccines appear to be effective and could soon be ready for distribution.

“This is going to be ugly in the next two or three months,”

; Murphy said during a virtual news conference Thursday. “Vaccine development is real. That’s the good news. The bad news is that they are not coming here tomorrow. ”

So what does this mean for Garden State?

NJ Advance Media spoke with experts about what New Jersey residents can expect from the second wave, especially when the holiday season arrives – and what it means for the economy.

New Jersey, a densely populated state of 9 million people, was an early epicenter of the pandemic, but saw numbers fall and stabilize over the summer. However, new cases have risen sharply in recent weeks. The state’s most recent seven-day average for new positive tests is 3,892, an increase of 278% from a month ago and higher than the virus’ first wave in the spring.

It is difficult to compare the initial outbreak with the second wave because the state conducted far fewer tests in March and April. So far, daily deaths and hospitalizations are still well below their peak in April, when there were more than 8,000 patients, and officials reported hundreds of deaths a day.

But the latest figures are all going in the wrong direction.

Hospital admissions have more than tripled over the past month to 2,505 as of Thursday night, and the state’s 71 acute hospitals are currently two-thirds full, according to the New Jersey Hospital Association. Daily deaths, positivity rate and transmission rate have all increased.

“There’s the potential for us to get to a point that looks a lot like the start of the pandemic,” said Perry Halkitis, dean of Rutgers School of Public Health. “The patterns are starting to adapt to the beginning, and that’s worrying.”

The extent of the second wave depends to a large extent on human behavior, which can be difficult to predict, officials and experts say.

New Jersey could see the next peak at the end of the year – just around Christmas – and with numbers not approaching what we saw in the spring, State Health Commissioner Judith Persichilli said this week. But that is only if enough residents adhere to safety guidelines and restrictions, such as wearing masks and social distance.

If not, Persichilli said, this wave could be worse.

Murphy said models show there could be between 8,000 and 10,000 cases and more than 100 deaths a day if people maintain their “current behavior.”

The governor has blamed “pandemic fatigue” and people who “failed their hair” in their homes and other private surroundings as several activities move indoors due to the colder weather.

“We ask people not to let their guard fail, to stay strong,” Murphy told CNBC on Thursday. “This virus is dying for us to let our guard down.”

“I want things to get worse this time, even though I’m trying to be optimistic,” Lightfoot said of the second wave.

“We do not want to repeat what happened,” she added. “We have enough education. New Jerseyans know what to do. ”

A trend that could help, officials say, is that more younger people are being admitted, which will lead to shorter stays, and hospitals have become much better at treating the virus.

Still, hospitals can become “overloaded quickly” and have trouble maintaining “a large number of health care workers who are fundamental to this struggle,” said Corey Basch, president of the Department of Public Health at William Paterson University.

Stephanie Silvera, an epidemiologist and professor of public health at Montclair State University, said people “need a very healthy level of concern about this.”

“We do not want a situation where people panic,” Silvera said. “But we can not get people to say that this is not something big.”

WHAT ABOUT THE ECONOMY?

The pandemic and its limitations have already ruined the economy. Michele Siekerka, president of the New Jersey Business & Industry Association, said 28% of state-owned companies closed by the end of October, and others are “just lucky if they are able to make enough money to cover expenses.” “

Plus, thousands of residents are still unemployed and struggling to make ends meet. Some face possible postponement in the new year.

The situation is likely to get worse if restrictions have come to stay for a while, let alone if more restrictions are on the way. That’s why companies are seeking more help from federal and state governments – though federal lawmakers in Washington remain stuck over a new stimulus package.

Tom Bracken, president of the New Jersey Chamber of Commerce, warned that even after the vaccines arrive, it will be a long economic recovery.

“It’s pretty gloomy,” Bracken said. “When a company closes, it is not so easy to start over.

The holiday season is especially a problem as people travel and mingle with others outside their bubble. Canada, which celebrates Thanksgiving one month before the United States, so cases increase two weeks after the holiday.

“I think this is the day that could potentially cost us in the coming months,” Halkitis, Dean Rutgers, said of Thanksgiving.

The federal Centers for Disease Control encourages Americans to stay home for the holidays. Murphy asks New Jerseyans to celebrate only with their immediate family.

The same should apply to the December holidays, experts say.

Murphy has taken a few new steps to combat the spread. He ordered indoor bars and restaurants in New Jersey to close at 6 p.m. 22 daily and canceled interstate indoor sports up in high school. Indoor gatherings are now limited to 10 people, down from 25, and outdoor gatherings will be limited to 150, down from 500, starting Monday.

So far, the governor has stopped short after a state home stay order and major business closures he made in March. But he has not ruled that out.

“We shut down if we think we’re directly affecting transmission,” Murphy told MSNBC on Thursday. “We look at all our options all the time.”

Silvera, a state professor in Montclair, said it is likely necessary to close more “high-risk businesses” where people gather indoors. She would not be shocked if indoor dining is closed and all schools go back to all-virtual learning.

“These are areas where people gather,” Silvera said.

Murphy has so far resisted ordering schools to close across the country, saying transmission numbers at the school have been better than expected.

“The experience at the school in New Jersey has been so good so far,” he said Thursday.

On a positive note, the news about coronavirus vaccines has become brighter in recent weeks. Pfizer announced Friday that it is applying to the Federal Food & Drug Administration for an emergency permit for their vaccine. And if approved, Murphy said New Jersey expects to receive its first shipment of approx. 130,000 doses “around Christmas time, with more to follow.”

Moderna is expected to follow up with his own vaccine shortly thereafter, said Persichilli, the state health commissioner. There should be 460,000 doses of vaccines in general in the state in early January, she said Friday.

In the first rollout in three phases, initial doses are expected for healthcare professionals, people 65 and older, those with pre-existing medical conditions, people living in group settings such as prisons and psychiatric hospitals, and key staff who cannot practice social distancing.

There should be “sufficient supply” for the general population to be vaccinated in April or May, Persichilli said.

The ultimate goal is for 70% of New Jersey’s adult population to be vaccinated. This means that around 81,000 residents had to be vaccinated every day for five days a week.

“The news is really, really good on the development side,” Murphy said Friday. “The distribution is quite complicated. … We have to make sure we have all the oars rowing together. ”

Giuliani is to bring ‘voter fraud’ witnesses to the Michigan hearing