The Moon Has Two Faces. This Cosmic Crash May Be Why 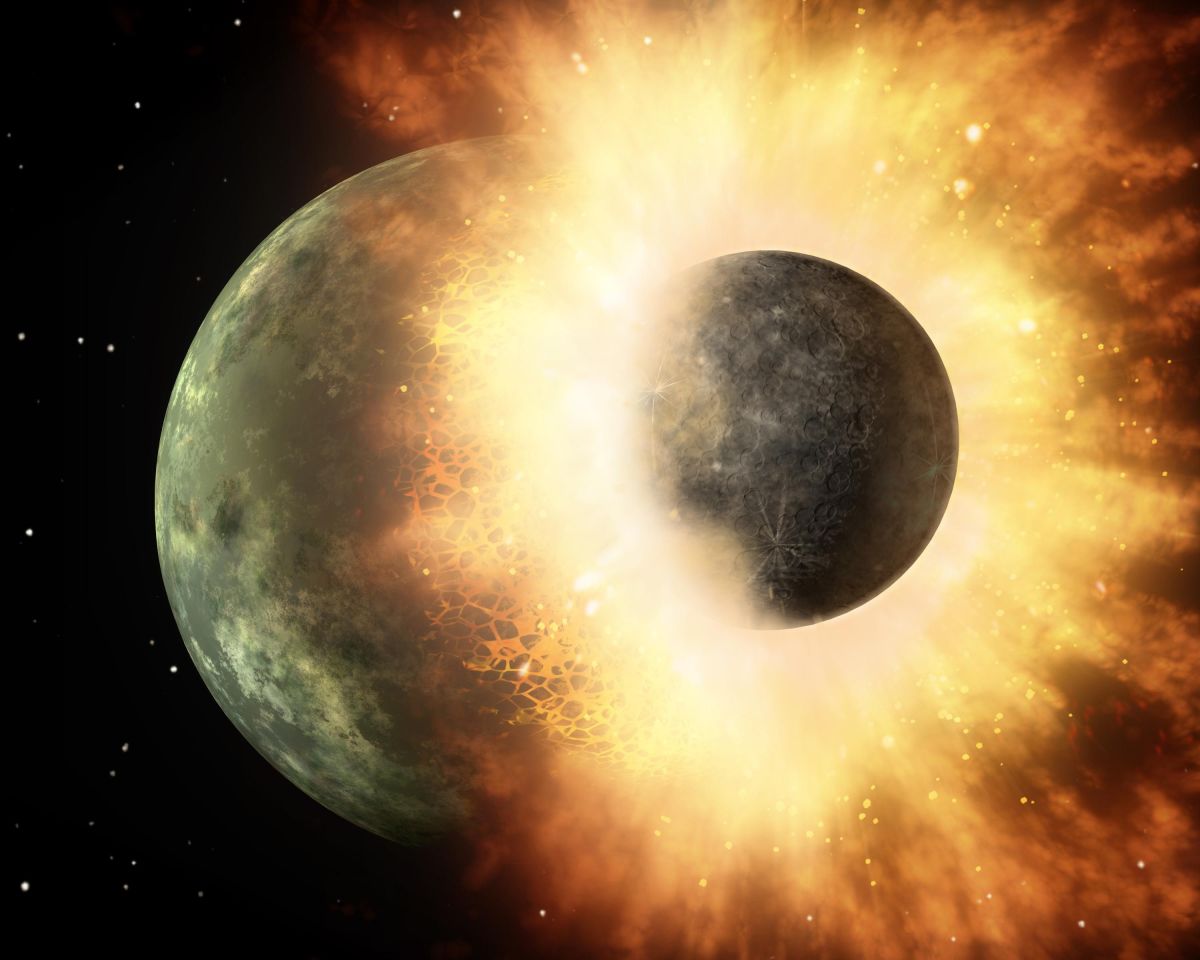 Ours is a moon with two faces: the nearside boasts a thinner and smoother crust, while the farside crust is thicker and dotted by impact craters left almost undisturbed by lava flows.

The discrepancies have vexed scientists for decades, and in new paper, researchers use models to explore what may be possible explanations for the strong differences. They argue that those distinctive sides could be the result of a giant impactor slamming into the moon and leaving a massive crater across the entire nearside. "The detailed gravity data obtained by GRAIL has given new insight into the structure of the lunar crust. underneath the surface, "Meng Hua Zhu, a co-author of the new paper and a researcher at Macau University of Science and Technology in China, said in a statement released by the American Geophysical Union, which publishes the

The giant impact that the researchers propose here would be only one in a long series of moon-battering collisions. One of the two current theories about what formed the moon in the first place is another, still larger impact ̵

1; which would explain why Earth and the moon appear to be made of identical ratios or different flavors of each element.

This nearside-farside impact would have come later, although still relatively early in our moon's history. The researchers modeled 360 different collisions and compared all the results to what we know about the moon today. That work suggests that the size of the large asteroid Ceres – 500 to 560 miles (800 to 900 kilometers) across – could have done the trick.

Such an object would have needed to originate fairly close to the two objects that originally collided to form Earth and the moon – in order to keep those elemental ratios so close. But the impact, the scientists write, could have left a crater stretching 3,500 miles (5,600 km) across the moon's surface, covering essentially the entire near side.

In their models, the hypothetical collision took care of several differences between the two sides of the moon, including the extra layer that gives the farce the crust its thickness – which would have been formed by debris from the impact falling down in a layer 3 to 6 miles (5 to 10 km) thick.

If the research holds up, it could displace other proffered explanations, such as the idea that Earth had originally two smaller, distinctive moons that collided to form the modern, two-sided moon.

China's Chang'e-4 mission which landed on the far side of the moon in January.

The research is described in a per published Monday (May 20) in the journal JGR Planets.