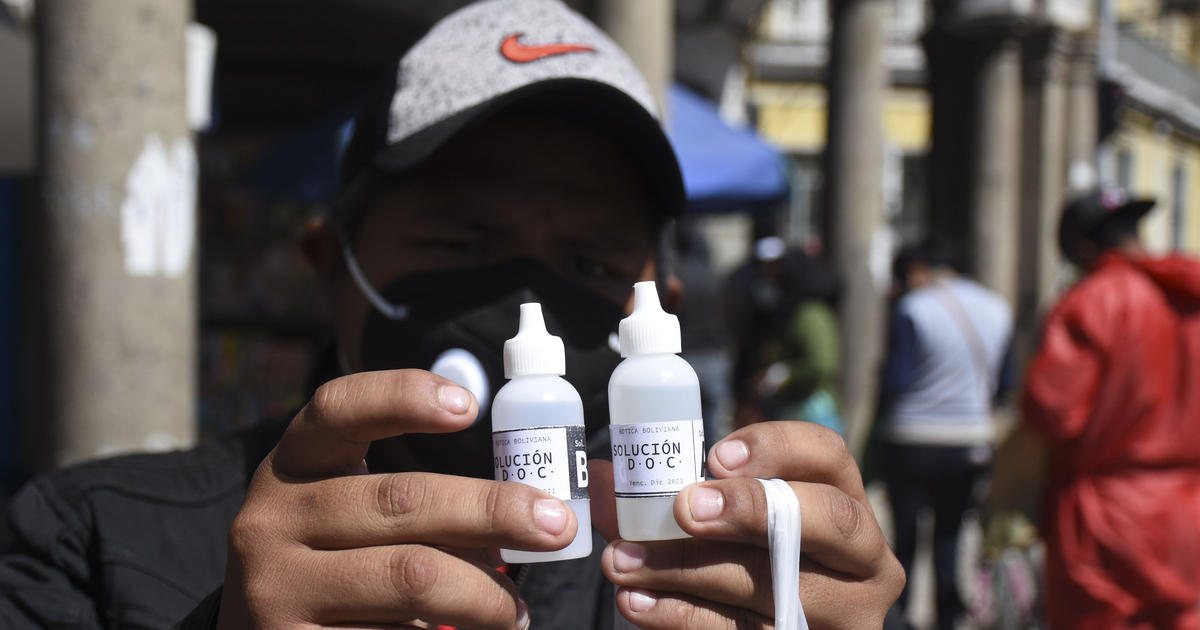 Buenos Aires An Argentine judge forced a private clinic to administer chlorine dioxide, which was used as a powerful disinfectant, to a coronavirus patient who died Monday in a case in which doctors have noticed “a scandal”. The US Food and Drug Administration (FDA) and other agencies warn that chlorine dioxide, touted as a “miracle cure” online, can be dangerous to human health if ingested.

In the wake of President Trump, who suggested that disinfectants could be injected to treat COVID-19, a number of Americans were hospitalized for drugs and at least three people were charged with criminal offenses for selling chlorine-based products as drugs. against the disease.

7;s stepson made a legal bid last Thursday, the day after his mother died of COVID-19, for the compound to be given to her critically ill husband.

A judge granted the request the same day and ordered the Otamendi y Miroli Clinic in Buenos Aires to administer the drug, as prescribed by the patient’s physician.

The clinic unsuccessfully appealed the decision and gave the man the drug, while emphasizing that it would not be held responsible for any negative outcome.

The patient, a 92-year-old man who was in critical condition of the virus, died Monday, the family’s lawyer confirmed.

The FDA has warned that consumption of chlorine dioxide products can “endanger a person’s health”, has no documented efficacy against COVID-19 and has been known to cause respiratory and liver failure among other adverse effects.

The Pan-American Health Organization, the Argentine Society for Infectious Diseases and the country’s national administration of medicines, food and medical devices have also issued warnings against the use of chlorine products in the treatment of COVID-19.

The judge ruled that treatment did not threaten the clinic with “serious injury” but, conversely, could “avoid aggravation” of the patient’s condition.

Doctors have paralyzed the decision.

“Legal deviation and a scandal”

“For a judge to decide that a doctor should administer a drug for which there is no scientific evidence, it is really worrying, especially when it is in intravenous form,” said Omar Sued, president of the Argentine Society of Infectious Diseases.

“It’s not a judge’s decision to administer a medicine that he does not know to a patient. It is not his role.”

Ignacio Maglio, a lawyer for the Argentine health NGO Fundacion Huesped, said the case was a judicial overreach, a “legal deviation and a scandal.”

Chlorine dioxide is used to disinfect medical equipment and laboratory equipment, to treat water in low concentrations or as a bleaching agent.

The family’s lawyer told TV channel C5N that his client will sue the Otamendi Clinic as they find it responsible for the patient’s death because it “delayed treatment.”

“The man died of an infection at the hospital and due to the delay in treatment,” the lawyer said.

Argentina announced on Monday that it would roll out a new COVID-19 therapy, developed by local researchers, using serum extracted from horses that developed antibodies after injection with coronavirus proteins.

The serum, developed by the biotechnology company Inmunova, was tested on patients at 18 hospitals in the clinical trial phase and will now be distributed to hospitals and clinics under a special license issued by Argentina’s ANMAT emergency room.

The developers of the therapy said it reduces mortality by 45 percent.

According to a press release, the laboratory of the Argentine Biological Institute produces approx. 12,000 treatments per month.

Argentina, with a population of 44 million, has registered more than 1.7 million cases of coronavirus and nearly 44,500 deaths.