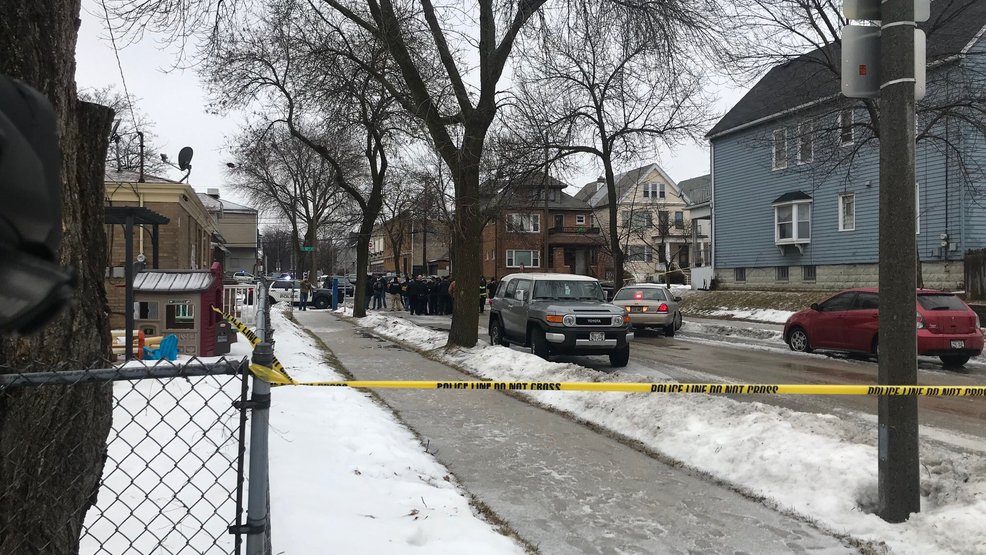 Police tape is up at the scene where an officer was shot in Milwaukee Feb. 6, 2019. (Image source: WITI-TV)

MILWAUKEE (AP) – The latest on a police officer who was shot and killed in Milwaukee (all times local):

Milwaukee officials say a 17-year police veteran was fatally shot while trying to serve a warrant, becoming the city's third officer killed in the line of duty in eight months.

shooting Wednesday that the officer was 35 years old. His name has not been released.

He says the officer who was "well beloved by everyone in the department."

Brunson says the officer was part of a Tactical Enforcement Unit serving the warrant on the city's south side when the officers made contact with two subjects "and shots were fired." One officer was struck and died of his injuries.

Brunson has released details of the warrant being served.

Mayor Tom Barrett told reporters that " "when he was killed.

The medical examiner says the officer was pronounced dead after being rushed to Froedtert Hospital following the shooting in a residential neighborhood late Monday morning. Details about the shooting were immediately released.

Numerous officers have gathered at the hospital. Milwaukee police planned for the hospital to the medical examiner's office downtown.

The officer's death comes six months after another Milwaukee officer, Michael Michalski, was fatally shot while trying to arrest and convicted felon wanted on drug and domestic violence offenses

There is a growing police presence at a Milwaukee hospital where an officer was taken after shooting on the city's south side.

Officers from the Milwaukee Police Department and other suburban agencies gathered at Froedtert hospital where the officer was taken following a shooting about 9 am in a residential neighborhood.

The Journal Sentinel reports the officer was shot while executing a search warrant and that one person is a custody. There is no immediate word from police on the condition of the officer.

After the officer was conveyed to the hospital, officers gathered in a circle at the scene and bowed their heads. A briefing is scheduled for 1:30 at the hospital.