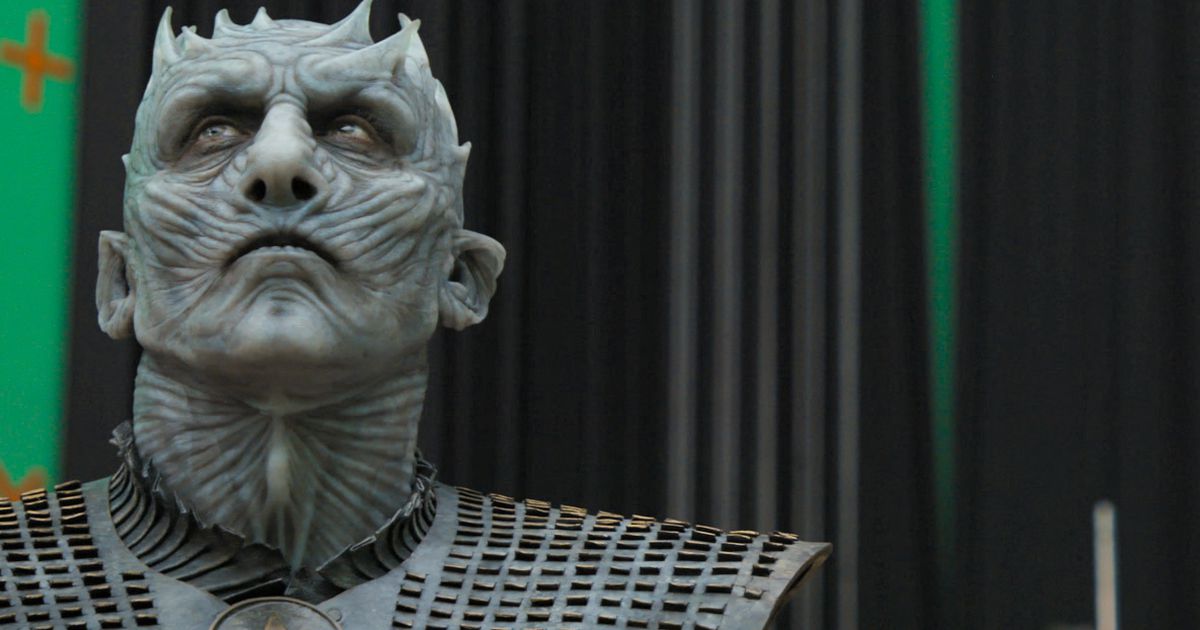 Warning: Spoilers for Game of Thrones lie ahead

On a set where dragons live and the dead walk again, even the most mundane of details can seem pretty magical. Luckily, Game of Thrones: The Last Watch didn't settle for good enough – instead of hunting down the best of the best scenes nuggets to feed our mourning fandom.

On Sunday night, HBO aired the two-hour making-of-special, chronicling the end of Thrones from the perspective of its creators and through the lens of documentary Jeanie Finlay. From Kit Harington's big final reaction to those ridiculous makeup jobs, there's plenty for [Thumbes] fans to obsess over. The Last Watch.

Thrones fans are a resourceful and clever bunch. So much so that the show started sending its actors to locations where they were filming to throw theorists off their tail.

The most important smoke and mirrors act? The shooting of Tyrion's nomination of Bran as King in King's Landing's dragon pit in Season 8, episode 6.

To ensure fans would not pick up on any important details, The Waif (Faye Marsay), Jaqen H'ghar (Tom Wlaschiha ), The Night King (Vladimir Furdik), and Jon Snow (Kit Harington) all came to location in Spain where the scene was set to be filmed, in spite of not appearing anywhere near the final product. (Notably, neither Marsay nor Wlaschiha appear in Season 8 at any point.) "It's weird, I've come out basically as a decoy," Harington says as he tags along in a crew of. "It feels weird and not actually filming."

"It's very early to blow this up the feels," notes episode director Miguel Sapochnik, as he and Riley wander the IRL King's Landing.

"I know it! It really bothers me, "says Riley. "It's like, wait a minute, what did we approve? Should've at least had Cersei going down for lunch once or twice or something."

Moments later, the pyrotechnics team goes through with the plan, lighting the magical set ablaze to mimic Drogon's destruction. It's a remarkable feat of craftsmanship and commitment, made even more spectacular by its sudden demolition

In the wake of so-called Cupgate, Thrones fans continue to seek answers. The Last Watch fails to definitively point the finger at any specific individual – but it does reveal where that cup of coffee likely came from

Leigh McCrum, the delightful food truck owner behind Thrones' sustenance, can be seen throughout The Last Watch selling sandwiches, ice pops, and plenty of coffee to crew and cast members. She's a hot, friendly presence, reveling in the cinematic magic or catering to the biggest television history show.

As for the ongoing investigation, each cup McCrum sells that same logo seen in Episode 4, originally mistaken for a Starbucks logo. Was it a simple accident or the greatest branding known to Westeros? It's tough to say, but if anyone has the answer, it's Leigh.


Dany and Jon's romantic dragon getaway may have been one of Season 8's most romantic moments, but the dynamic was notably less idyllic on set.

As seen in the doc, not only did Harington and Clarke have to emulate at a gigantic green square while toughening the harsh Icelandic weather, they also had to make out while pretending to hear nearby dragons.

"Move to your right a little bit, Emilia, "prompts Thrones director David Nutter about intercom, as Jon and Dany kiss in the snow. "And growl."

yup. That awesome ruh-roh shot of Jon's reaction to Drogon and Rhaegal's disapproval was inspired by a flatly delivered "growl" from David Nutter. Movie magic, people. It's amazing.

7. The Night King (aka Vladimir Furdik) is just the sweetest guy ever

A shining but lesser known star in the Thrones -verse, Vladimir Furdik is the stuntman-turned-actor behind the late Night King. The Last Watch offers fans a chance to get to know the typically silent star – and good gracious, if he isn't an absolute delight.

Walking through the magic of makeup, the specific of stunt work, and the overwhelming nature of fame, Furdik is the most relevant figure in the doc. Pleasant, awestruck, and happy to be there, the polar opposite to everything you thought The Night King would be.

In one scene, Furdik, serving as a press decoy in Spain, cautiously approaches a mob of fans.

"You know who I am, yes?" Furdik asks, his thick Slovakian accent barely masking his nervousness.

Instantly, the crowd erupts with cries of "The Night King!" and begins begging for autographs. Furdik's face lights, and he eagerly starts signing merchandise and posing for pictures. It's a moment of pure magic, fit only for the one true King.

Or all the big reveals in The Last Watch none are quite as lovely as the overdue honoring of Andy McClay.

McClay, an Irish actor and diehard Game of Thrones fan, served as an extra on the show for multiple seasons, most recently appearing as a member of Jon Snow's guard during the final. Following Harington's farewell speech to the crew, McClay offered his thoughts on the end of an era directly to camera.

"I'm choking up here, man," McClay says. "Honestly. It's what the kit was saying. Even though, I'm just an extra, in comparison to him being the main star, it really has changed my life. I didn't think I was going to get this emotional. "It really has. It's been five years have been the best five years of my life."

Dedicated and passionate, McClay served as an essential backbone to the series, emphasizing just how much the creation of Thrones was a true team effort.

Now, as made clear in The Last Watch, he serves as a Game of Thrones tour guide in Belfast, showing fans still not ready to move on where the magic really happened

Where is internationally acclaimed 8 season extra Andy McClay and is doing ok and does he need anything pic.twitter.com/eWNOefoELR – gabrielle rza (@gabriellemrza) May 27, 2019

Game of Thrones: The Last Watch is streaming on HBO Now. 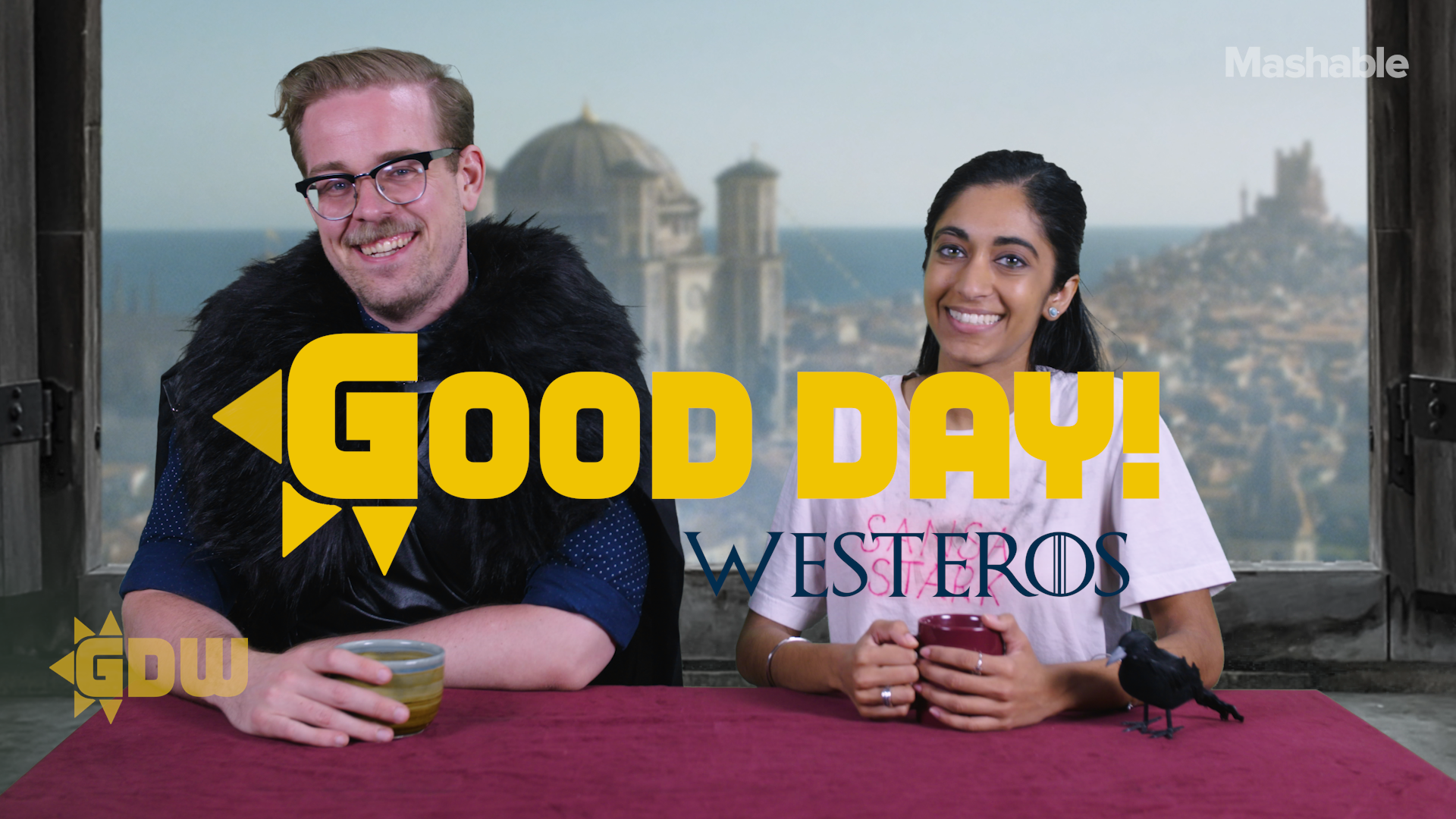