The Islanders thoroughly beat the Bruins in Game 6, fighting the NHL semifinal matchup against Lightning 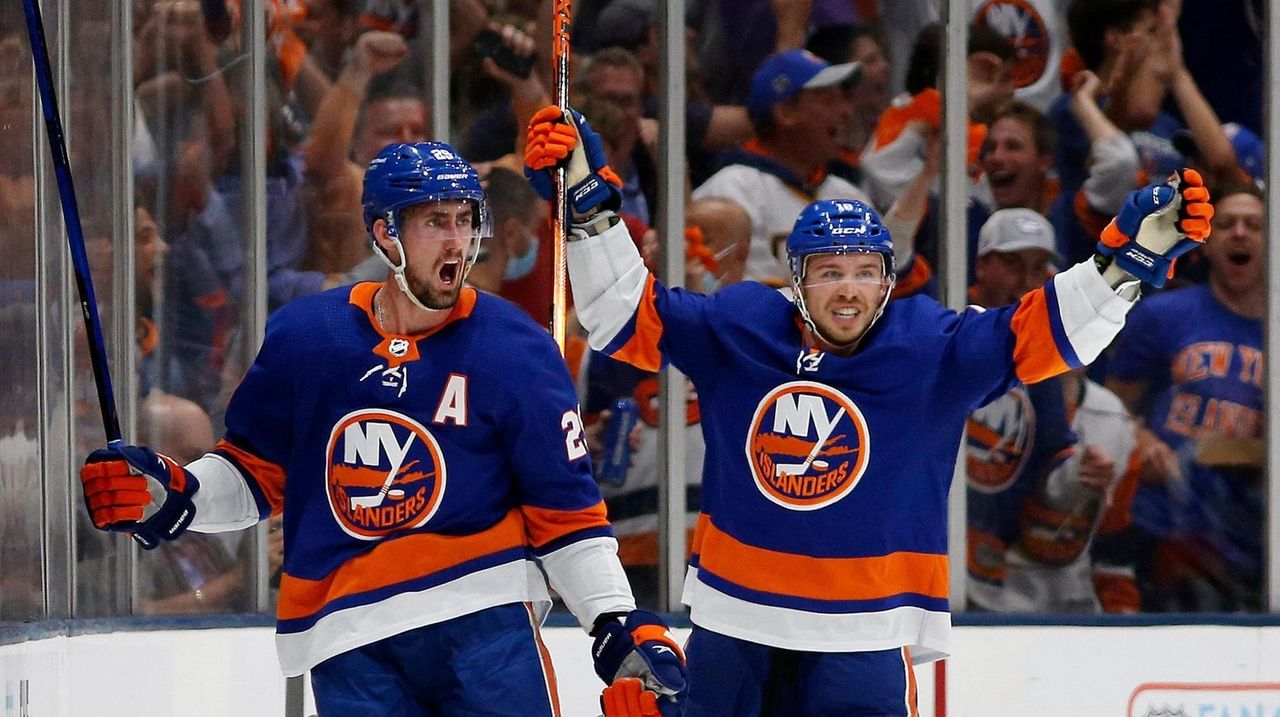 If the islanders are New York’s saints – and the fierce Nassau Coliseum spectator embraced the unconscious remark with the permission of opponent’s coach Bruce Cassidy and sang it repeatedly right through the final summer – then the Browns are ain’ts.

They are no longer in the playoffs after the Islanders’ 6-2 victory in Wednesday night’s Game 6 before an audience of 12,000.

It sets a rematch of last season’s Eastern Conference finals against defending Stanley Cup champion Lightning as the Islanders advanced to the NHL semifinals in back-to-back years for the first time since 1983-84.

“We recognized this as a special moment for this building,”

; said coach Barry Trotz. “The guys understood the size of this game. They’re a really solid, veteran group, and they understand moments, and this was a moment for them. What a great atmosphere.”

Island Ice Ep. 97: The islands march on from Boston to Tampa

Andrew, Colin and Neil discuss the Isles’ Game 6 victory over the Bruins with Boston Globe columnist Tara Sullivan at the Nassau Coliseum, and then look forward to the Tampa Bay Lightning series.

“To be the best, you have to beat the best,” said Brock Nelson, who scored two goals. “I don’t think anyone has been sitting here thinking about revenge on Tampa. Just trying to take every game, every series at a time. Now we can turn our side and turn our focus to them. They are obviously a great team.”

“It’s a total team effort,” Bailey said. “You need everyone to beat a team like that. I thought from Varly and out, we played the way we needed to play to get the win. Definitely happy to move on. I think we still has some unfinished business. “

The Islanders also learned a lesson from last season when they nearly lost a 3-1 series tie to the Flyers in the second round before winning Game 7 of the Toronto Bubble. But they needed to travel to Edmonton and open the Eastern Conference final against Lightning within 48 hours, liquidating to lose Game 1, 8-2 and the series in six games.

So yes, it was certainly the minds of the islanders to clink against the Bruins in their first opportunity. The NHL has not yet announced when the Islanders-Lightning series will start, but it will almost certainly be this weekend.

“You want to close it as soon as possible,” Beauvillier said. “We did not really think about Game 7, we wanted to get the job done tonight. We are happy that we are standing here with a happy face, so it was really well done from us tonight.”

The Islanders went into the third period leading 4-1 after their three-goal second period.

Nelson’s first goal made it 2-1 at 5:20 when he pickpocketed defender Matt Grzelcyk and skated uncontrollably to the curl. Nelson scored again at. 12:39, after the Islanders’ forecheck forced a turnover, and Bailey fed him by the curl.

Brad Marchand’s second power-play goal, as he spread open at the right post, brought the Bruins within 4-2 at 5:38 in the third period, so Cal Clutterbuck and defender Ryan Pulock got it with empty goals in the last minute.

The game was evenly played to start with both goalkeepers tracking the puck well and stopping early chances. Tuukka Rask (23 saves) was able to suffocate Pulock’s hard shot from the right point through traffic just 13 seconds inside the game.

Defender Noah Dobson’s shot from the right point became the game’s opening goal as Travis Zajac with his first playoff goal for the Islanders established position in the low slot and put the rebound back at 8:52 in the first period.

But the Bruins tied it at 1 on Marchand’s power-play goal from the right circle next to David Pastrnak’s cross-feed at 17:36 in the first period. Beauvillier was whistled for stumbling defender Charlie McAvoy at. 14:13 and Casey Cizikas triggered Taylor Hall at. 16:00.

The Bruins were 7-for-14 on power play in the series.

Andrew Gross joined Newsday in 2018 to cover the Islanders. He started reporting on the NHL in 2003 and has previously covered the Rangers and Devils. Other assignments have included the Jets, St. John’s and MLB.