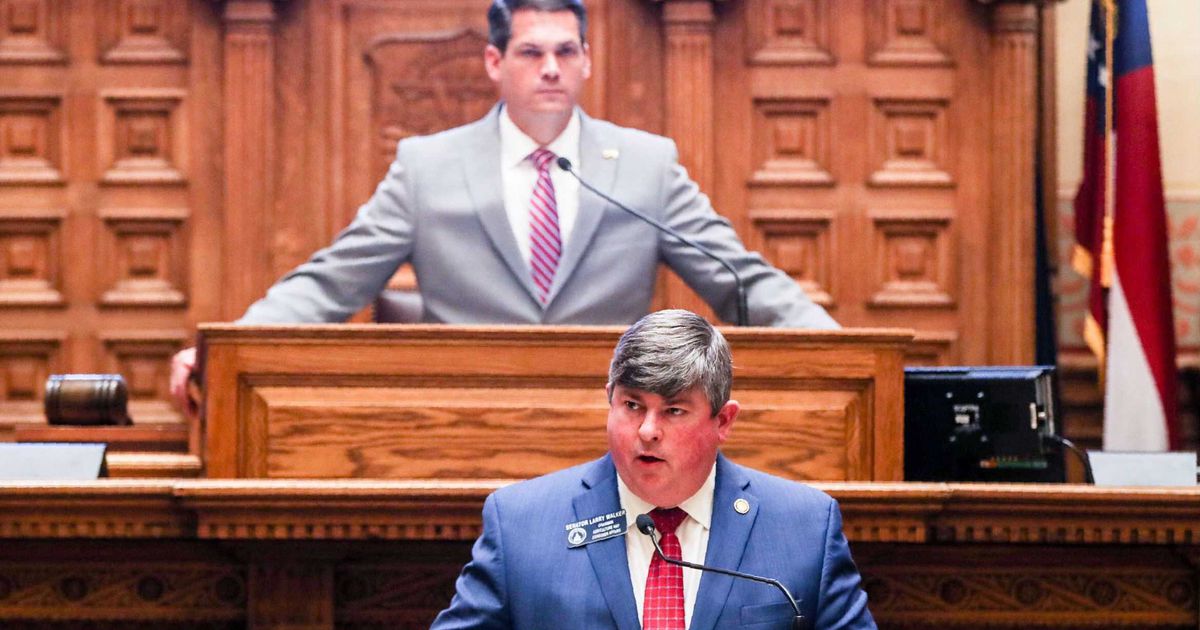 The bill’s sponsor, State Senator Larry Walker, said all but 3% of Georgia voters already have a driver’s license number or a state ID number, meaning they do not have to provide a copy of photo ID to vote absent. Photo ID is already required by personal voters.

“It’s not about depriving voters. It is not about overburdening the electorate. It’s about efficiency and safety, “said Walker, a Republican from Perry.

State Senator David Lucas, a Democrat from Macon, said the ID requirements would make it harder for people to vote absent, especially those who had to make a copy of photo ID to request an absentee ballot.

“Let us not make any mistake in what this bill is about: The election did not turn out the way you wanted it to,”

; Lucas said, addressing Republican senators in a tearful speech. “We continue this great lie of deception.”

Over 1.3 million of Georgia’s 5 million voters abstained in the November presidential election, which Democrat Joe Biden won by fewer than 12,000 votes against Republican Donald Trump.

The absence ID bill is part of a package of four bills backed by Lieutenant Government Geoff Duncan, who passed the Senate Tuesday.

The Senate also approved bills preventing public release of election results until the total number of votes is reported, requiring election officials to begin scanning absentee ballots eight days before election day and updating records of who voted within 30 days of an election. .

“Last month, I promised that I would only support sensible electoral reforms and would work to modernize our electoral procedures to keep pace with changes in the way Georgians vote,” Duncan said. “I am focused on maintaining confidence in our electoral process and making it easy to vote and difficult to cheat.”

Electoral officials in Duncan and Georgia have said there is no evidence of widespread voter fraud, and the election result was validated by several reports and audits.

These measures advanced before other proposed voting restrictions, including a broad bill under consideration in State House.

This legislation, House Bill 531, would eliminate voting on Sunday, restrict ballot boxes, introduce a time limit for absenteeism, and require ID both when requesting and returning absentee ballots. The House Nomination Committee for Integrity could vote on this bill as soon as Wednesday.

Nearly three-quarters of Georgia voters said they support proposals that require photo ID or other documentation to cast an absentee ballot, according to a January poll for the Atlanta Journal-Constitution.

Voting proposal advancing in the General Assembly of Georgia

Senate Proposal 184: Requires records of who voted to be updated within 30 days of an election.

Senate Bill 188: Prevents Public Publication of Election Results Until the Total Number of Ballots Polled on the Secretary of State’s Website

Pending vote in the House Committee