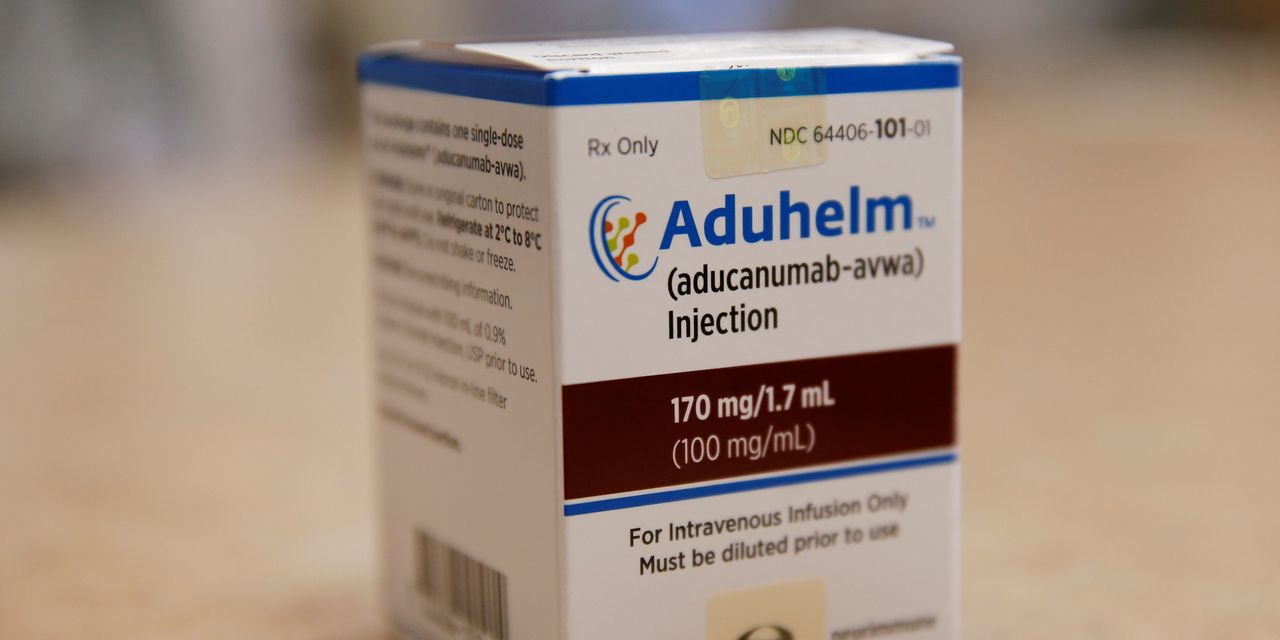 The U.S. Food and Drug Administration approved the first new Alzheimer’s drug in decades over objections from agency statisticians who said there was insufficient evidence to support approval, according to recently released internal notes.

In the internal notes released on Tuesday, FDA officials discussed whether to approve the drug from Biogen Inc.

over objections from the Agency’s Medicines Statistics Office, which stated that clinical trial data were inconsistent with the evidence typically required to market a new product.

In the end, top officials decided that the evidence that the drug worked while unambiguous was strong enough for doctors and patients to decide for themselves whether to take it, according to the notes.

“The FDA is therefore facing a situation where the available evidence at the clinical endpoints is less than what we would require for standard approval of aducanumab,”

; wrote Peter Stein, director of the FDA’s Office of New Medicines, in a note describing his support for approval. At the same time, patients were included [Alzheimer’s] have a serious, progressive, ultimately fatal disease and are desperate for treatment. ”

The FDA published its internal deliberations as it faces criticism from some doctors and researchers in connection with the approval of the drug on June 7, called Aduhelm.

Critics say the FDA ignored the scientific standards it typically adheres to drug manufacturers and could encourage the federal government to spend billions of dollars on a drug that may not work.

“Although I fully support the Center’s recent decision to approve the therapy, I recognize that there are differing opinions on this decision, including within the FDA, and there are likely to be questions about our review process and the data we considered support approval, ”said FDA Acting Commissioner Janet Woodcock. “Finally, an experienced group of medical reviewers at the FDA concluded that there was sufficient evidence to approve Alzheimer’s therapy via the accelerated approval route.”

Proponents say the FDA decision provides a lifeline for patients who have been short of any drug that promises to slow the progression of Alzheimer’s, and that the decision could spur the development of more, better drugs.

The agency usually releases approval documents following a decision, though not typically as quickly as it did this time. The 83 pages of notes appear to be part of the FDA’s discussions, largely reflecting the exchange of top officials.

Tristan Massie, a FDA biostatistic reviewer, “does not agree that the data as a whole provide sufficient evidence to support the effect of aducanumab in Alzheimer’s disease and does not recommend approval,” shows one of the internal documents.

Patrizia Cavazzoni, the FDA’s senior official evaluation officer, wrote in another note that the agency’s drug biostatistics office “provided evidence for its recommendation that no substantial evidence of effectiveness in the application was provided.”

The office’s full divergent analysis was not included in the materials made available Tuesday, but parts of it were.

Despite the objections, Dr. Cavazzoni that Biogen had met the requirements for an “accelerated authorization”, a type of regulatory authorization that allows the marketing of a medicinal product, even when there is still uncertainty about its clinical benefit, if it meets an unmet need for a serious disease and has effects against a biological sign of the disease.

Dr. Cavazzoni wrote that Aduhelm met this standard because of its effect on reducing a sticky substance called amyloid, which “can reasonably predict clinical benefit.”

Some doctors and researchers say that targeting the amyloid plates has not been shown to slow down Alzheimer’s. Some members of a panel of advisers who recommended the FDA reject the drug have withdrawn from the committee, citing the agency’s approval.

Biogen set the price of Aduhelm at $ 56,000 a year, and patients and Medicare could also be subject to test fees.

About six million Americans suffer from Alzheimer’s, a progressive condition that robs people of their memories and cognitive abilities. Biogen has said that as many as two million of them can benefit from the drug.

Get a morning briefing on the coronavirus pandemic three times a week and a weekly health newsletter when the crisis subsides.

The FDA approval sent Biogen’s stock height. The company has said it expects only minimal revenue from the drug this year, in part due to the logistical challenges of administering the drug, but that sales will begin to increase next year.

The notes show that FDA officials are trying to balance the underlying study data for Aduhelm with Alzheimer’s patients and their families’ desire to try any new treatment that may help.

“There is still uncertainty regarding clinical benefit,” wrote Dr. Stein. But if the FDA waited for the company to complete yet another clinical trial, “any approval would occur after several years of delay” and patients “would suffer irreversible loss of brain neurons and cognitive function and memory,” he wrote.

The FDA said it plans to release more documents regarding the decision-making process as early as next week.

The FDA’s approval was primarily based on two large phase 3 clinical trials launched by Biogen to prove that its drug helped slow the cognitive decline in people with early-stage Alzheimer’s.

In March 2019, the company stopped the investigations early, after an independent monitoring committee concluded that the drug was unlikely to help patients.

Seven months later, however, the company made a surprising turnaround, saying it now planned to seek FDA approval after conducting further analyzes of experimental data that came in after the investigations were stopped. The company said its analyzes showed the drug was successful in one study but failed in the other.

The FDA notes contain some new details about Biogen’s face. In June 2019, the company met with FDA officials, and both sides agreed that investigations should not be stopped, according to a “summary memorandum” document.

At the meeting, FDA officials recommended that Biogen further analyze the studies to understand whether it was still possible to draw conclusions from the data despite the interruption of the trials and conflicting results.

Several months later, in October 2019, the agency and the company met again and agreed that the studies could still be used to evaluate the drug’s efficacy, according to the memo.

The following day, October 22, Biogen announced that it would seek approval of the drug, send up its share price and add billions of dollars to its market value.

The company had been quietly researching the data for several months, but did not trust it to move forward until the most recent meeting with FDA officials, Biogen CEO Michel Vounatsos said in an interview at the time.

More coverage of the development and approval of Aduhelm, chosen by the editors

Write to Joseph Walker at joseph.walker@wsj.com and Thomas M. Burton at tom.burton@wsj.com