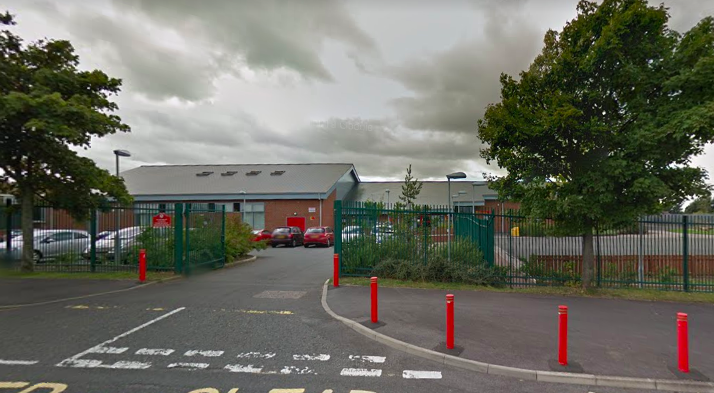 A deputy principal at an elementary school has admitted to watching videos of child sexual abuse on the dark web.

Richard Swinnerton, 30, spent two years hiding his identity to see the abuse of minors on the Internet before he was caught.

Swinnerton was arrested by National Crime Agency (NCA) officers at his home in May following an investigation.

He admitted his offenses and later resigned from his job at St Clare’s Catholic Primary School in Acklam, Middlesborough.

The pedophile from Coulby Newham appeared in Teeside Magistrates’ Court on Monday and admitted three counts of possession of illegal images of children in category A (the most serious), category B and category C.

The court heard when officers arrested him that they seized his laptop, which contained 87 Category A videos of child abuse.

He will be convicted at Teeside Crown Court at a later date.

Speaking after Swinnerton’s guilty plea, the NCA said he used software to make himself anonymous on the dark web.

Police found no evidence to suggest any of the photos were taken at the school and there was no allegation of physical abuse.

NCA Chief Operating Officer Julie Booker said: “Swinnerton had gone to great lengths … to commit his crimes and thought he was anonymous on the dark web.

“Offenders who see child sexual abuse contribute to more and more children being abused and condemn them to years of extreme trauma and suffering.

“Every child in an abuse picture becomes a victim again when the photograph is seen or shared.

“Protecting children from sexual abuse and stopping pedophiles is a top priority for the NCA.”

After the hearing, a spokesman for St. Clare School: “This has been a troubling issue for parents, carers, staff and the wider St. Clares community.

“We are grateful for the support we have received from them and we continue to assure them that the well-being and safety of children in St. Clare is still our priority.

“It is also important to reiterate that this former employee’s offenses were not related to his employment at the school.”

St. Clare Principal Elizabeth Eddies told Teeside Live in July: “I want to assure all parents that the well-being and safety of children in St. Clare remains of paramount importance.

“These charges do not relate to his employment at the school.”