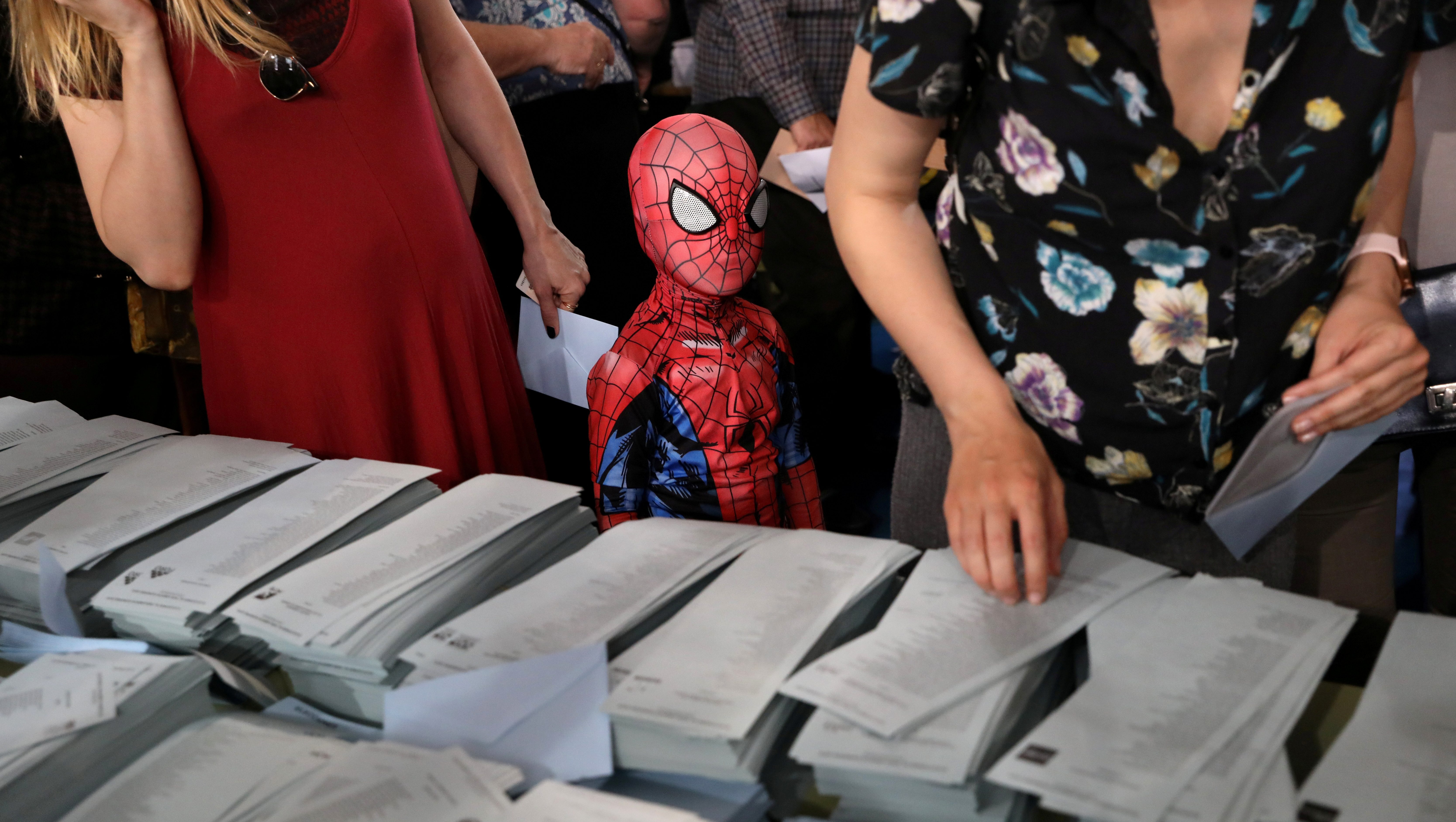 Votes are still counted in the European Parliament elections, which were packed on Sunday, but one thing is certain: Faith in democracy is not yet dead.

The election gave the British (and everyone else) a chance to express their views on Britain's decision to leave the block. They allowed smaller parties to get started with voters disillusioned with general politics. And they offered hundreds of millions of people the opportunity to express the direction they want the block to go in: against the inward ideologies of populism and euroscepticism or the outgoing policy of pro-European integration.

These factors pushed the voters to come up. The election attracted its highest turnout for two decades to 50.5% – a sign that political apathy about the future of the EU has not yet become the dominant force among the blockers' citizens.

The number of eligible voters who participated in previous elections had been declining. Only 43% voted in last elections in 2014, from 63% in 1979. There are many reasons for this, including low interests for EU armaments in general in relation to national policy. As an institution, the EU can often feel "remote and inhuman" to voters, as James Traub writes in foreign policy.

But since the last election, the block has been ruled by Brexit, a migrant crisis, protests against climate change, and fear of how much EU mood can undermine everything the EU has achieved since its founding. The voices noted.

In the months before the election, support for EU membership among the 28 member states was blocked. A study commissioned by the European Council for Foreign Relations (ECFR) showed that more than half of Europeans were concerned that the EU could collapse in the next 10-20 years, while 28% of EU voters said they believed that war between EU Member States would be possible.

These concerns allowed pro-Europeans. "Fear is a strong motivator," ECFR wrote. "Populists have been successful in exploiting the voter's fear – for immigrants, on change, by the other – in votes. Now is the time for pro-Europeans to exploit a continent's anxiety and come up with convincing solutions."

The increase in voter turnout could also be a sign that the EU & # 39; s campaign to appeal to voters paid off. At the beginning of the elections on 23 May, the European Parliament ran an organized effort to promote the elections. A network of thousands of campaigns held more than 2,000 events across Europe with a social media campaign called "Choose Your Future." Other EU institutions appealed to voters through evocative posters and slogan.

The preliminary results of the elections are by no means a resounding victory for a pro-European mood. While pro-EU parties in a coalition are likely to stick to their majority in the European Parliament, the winner of nationalist parties emphasizes the split in the electorate about the future of the EU. But at least, the electoral turnout signaled that citizens' citizens are invested in giving the institution a chance to run properly – a chance that it might not come again.