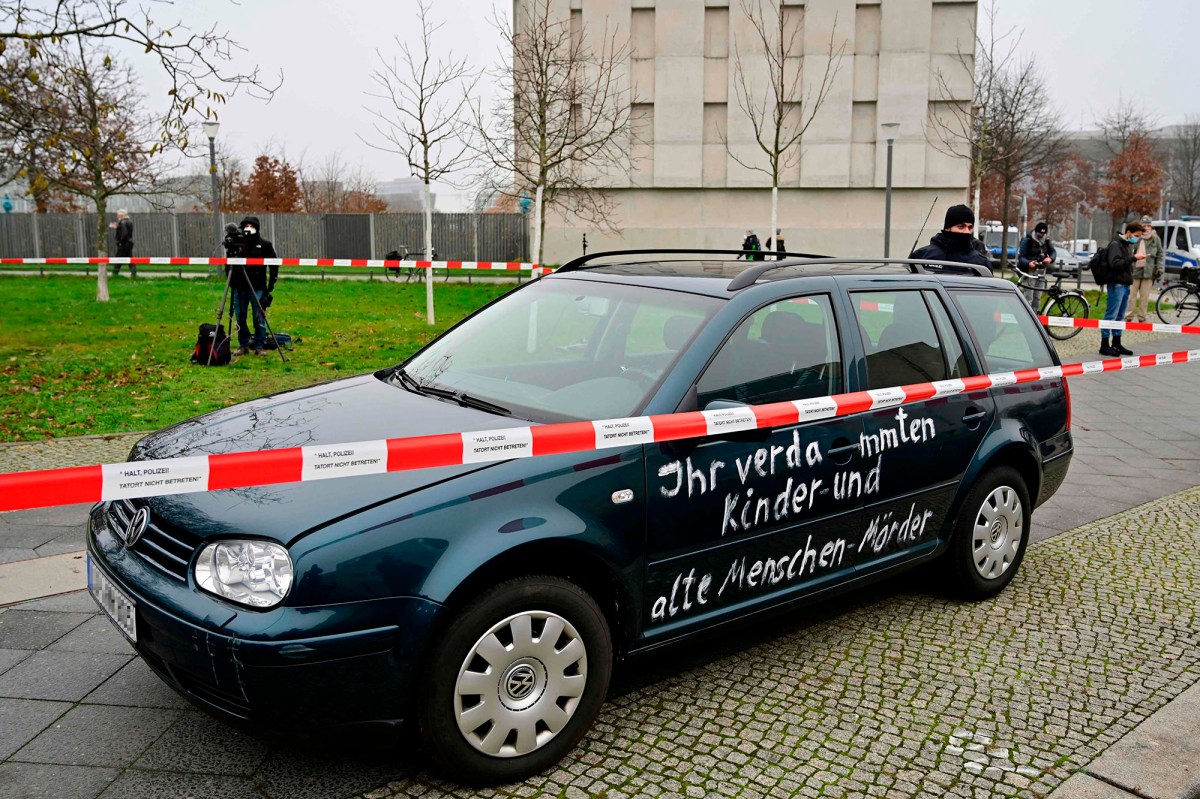 A car covered in protest slogans crashed into a gate protecting German Chancellor Angela Merkel’s office in Berlin on Wednesday.

On the crashed Volkswagen station wagon, the words “Stop globalization policy” had written in white on the right and “In damned killers of children and old people” on the other, photos show.

It was not clear if Merkel was inside the building at the time of the crash, triggering an emergency from dozens of police cars and a fire truck.

“The chancellor, other members of the government and people working in the chancellery were not in danger at any point,” government spokesman Steffen Seibert insisted, adding that the incident had caused only minor damage.

The driver was taken away in a wheelchair by police, who later tweeted that the 54-year-old man was arrested without further details.

“We determine whether the driver deliberately drove towards (the gate),”

; Berlin police said on Twitter. “He has been taken into custody.”

There was no immediate indication of what prompted the incident, but it came on the day Merkel was due to meet with state governors to talk about extending a partial shutdown of the coronavirus, which began on November 2.

Europe is on high alert after suspected Islamist militants killed eight people in Paris, Nice and Vienna in recent weeks.

Four years ago, a failed Tunisian asylum seeker with Islamist connections hijacked a truck and then drove it into a crowded Berlin Christmas market, killing 11 people and injuring dozens of others.

Merkel’s office had no immediate comment on Wednesday’s incident.

Biden Admin urges states not to buy themselves