The Court of Appeal allows the Trump administration to end humanitarian protection for 300,000 immigrants 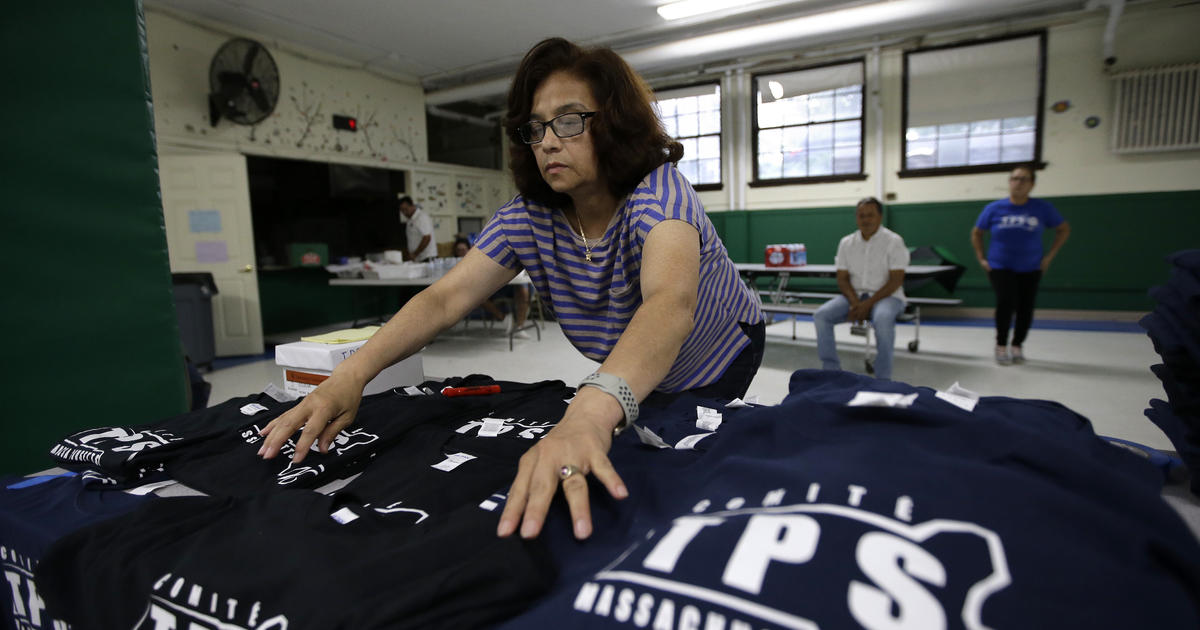 A divided federal appeals court allowed the Trump administration on Monday to move forward with plans to end more humanitarian programs that protect hundreds of thousands of U.S. immigrants from deportation.

A three-judge panel for the 9th Court of Appeal said it could not otherwise guess the Trump administration’s efforts to end Temporary Protected Status (TPS) for about 300,000 immigrants from El Salvador, Haiti, Nicaragua and Sudan. Two judges on the panel appointed by Republicans ruled that decisions made by the U.S. Department of Homeland Security to phase out the TPS programs could not be reviewed, setting aside a lower court order that had prevented officials from terminating that protection.

ruling, the court also rejected the argument that the decisions to end the TPS programs violated the same safeguard clause in the U.S. Constitution because of President Trump’s degrading comments about immigrants from non-European, predominantly non-white countries. The judges recognized Mr. Trump’s “offensive” comments, however, did not find a direct link between them and the movements to eliminate TPS protection.

“While we do not tolerate the offensive and degrading nature of the President’s remarks, we find it instructive that these statements arose primarily in contexts removed from and unrelated to TPS policies or decisions,” said U.S. Credit Judge Consuelo Callahan, a George W. Bush-appointed, wrote after majority opinion.

In his disagreement, U.S. District Court Judge Morgan Christen, who was appointed by President Obama, said the TPS terminations could be reviewed and that they violated federal administrative law. Christen also highlighted the “monumental” consequences of the majority decision, which she called “deeply flawed.”

“The significance of the interests at stake makes the argument in favor of feasibility even more compelling because the lives of 300,000 non-citizens and 200,000 U.S. citizens will be forever changed by these TPS redundancies,” Christen wrote.

Given an agreement between lawyers from the Ministry of Justice and the groups challenging the completion of the humanitarian immigration programs, Monday’s decision also effectively allows the administration to finalize its decisions to end the TPS designation for Nepal and Honduras.

Established by Congress in the early 1990s, TPS programs are designed to avoid deporting immigrants to home countries plagued by armed conflict, recovering from natural disasters, dealing with an epidemic, or otherwise unable to guarantee the safety of their citizens. return.

Stripping current TPS recipients of their status would make them vulnerable to deportation, but their fate is likely to depend on the outcome of the November presidential election, as the Trump administration has promised to give immigrants enrolled in the programs 120 days after a favorable court order to terminate their protection.

Under an agreement reached by the Trump administration with El Salvador’s center-right government last fall, the United States agreed to give more than 250,000 Salvadoran immigrants with TPS an extra year to live and work in the country after the end of trials. This compromise came weeks after the Salvadoran government signed an agreement allowing the United States to divert non-Salvadoran asylum seekers from the southern border to El Salvador.

Arulanantham, who is also a senior adviser to the American Civil Liberties Union for Southern California, said ending the TPS programs at the center of the case would give tens of thousands of U.S. citizens a “terrible choice.”

“This means that those families with American teens and children in elementary and high school and middle school – like Crista Ramos, our leading plaintiff in the case – are faced with the choice of either separating from their parents and having to move with an uncle or aunt or travel to countries like El Salvador, Haiti or Sudan that they have never known, ”said Arulanantham.

Arulanantham said his group expects to file a request that the 9th Circuit reconsider Monday’s order through a “en banc” vote by 11 judges. If this request is denied, the last use of TPS receivers will be an appeal to the US Supreme Court.

A Justice Department spokesman praised Monday’s decision and condemned the arguments that racial music played a role in the TPS dismissals as “baseless charges.”

“For about two years, the district court’s injunction prevented the Department of Homeland Security from acting, which Congress has provided exclusively within the Secretary of Homeland Security – action that is legally excluded from judicial review,” the spokesman added.

Clare Hymes contributed to this report.