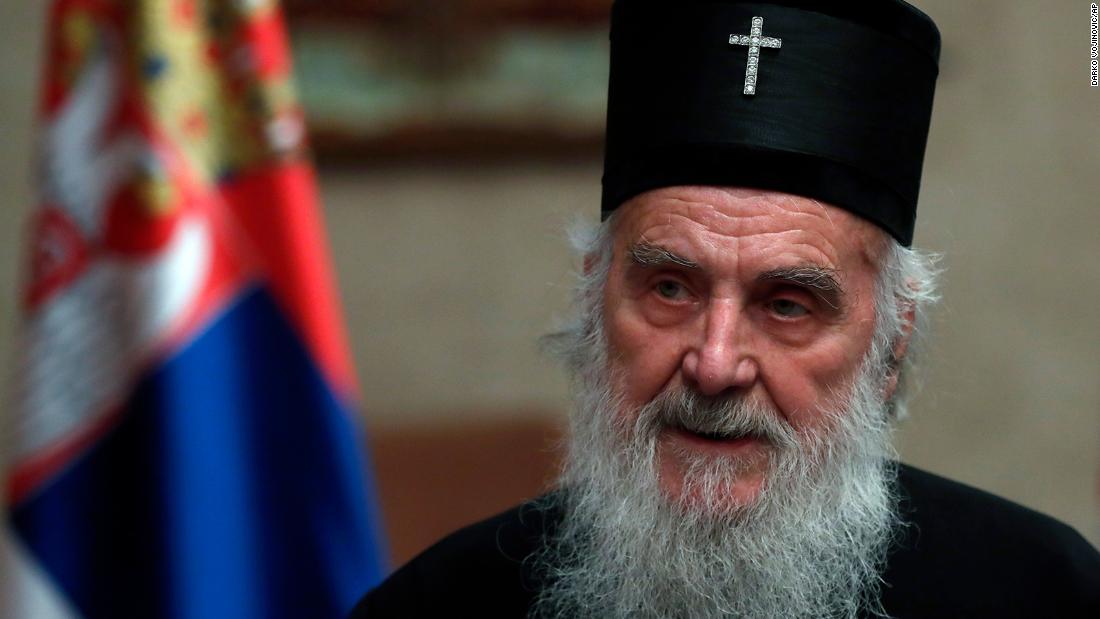 Irinej, 90, led a funeral service with an open coffin for the church’s high priest in Montenegro, Metropolitan Amfilohije Radović, on November 1.

Amfilohije’s body had been displayed in an open coffin during the service before being buried in the crypt of the church in Podgorica, Montenegro.

A large crowd was gathered in front of the crowded church, where only a few of the participants inside the building wore face coverings. Video of the service showed mournful kissing of the deceased clergyman in hands and forehead as is customary.

None of the priests, including Irinej, who performed the liturgy, wore masks.

On Friday, Serbian President Aleksandar Vucic confirmed Irinej’s death and posted a photo of him on Instagram with the caption: “I was honored to know you. People like you never travel.”

An earlier statement from the Serbian Orthodox Church said he was intubated after his condition worsened on Thursday.

Serbia’s Ministry of Health reported on Thursday that 104,097 people have been infected with coronavirus in the country since the pandemic started with 1,110 deaths.

15-year-old in critical condition after shooting in Stockton