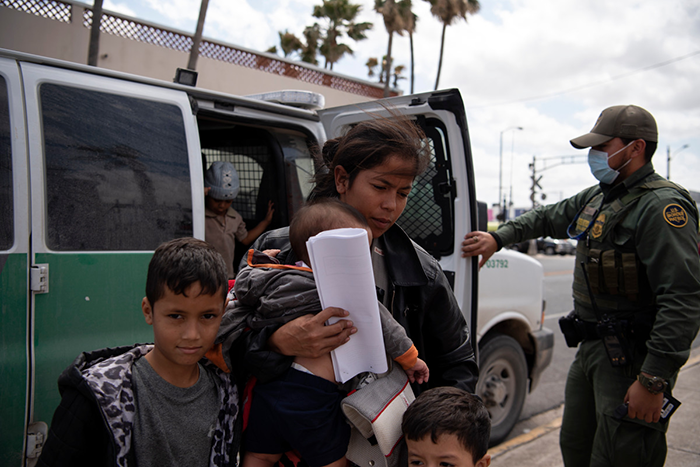 Garland’s actions mean that immigration judges, meanwhile, will be free to re-grant asylum to individuals based on threats of domestic violence or violence by drug gangs that control large parts of Central America. Some whose claims were already rejected could benefit from a review by the Department of Justice of the cases of individuals who went to federal court after being rejected on the basis of Sessions orders.

“The statement begins with a broad statement that ̵

6;victims of private criminal activity’ will not be eligible for asylum, except perhaps in” extraordinary circumstances, “Garland wrote of Sessions’ 2018 decision restricting asylum in gang-related cases. “The broad language could be read to create a strong presumption against asylum applications based on private behavior. As a result, [the ruling] threatens to create confusion and discourage careful decision-making on a case-by-case basis of asylum applications. ”

Garland’s comments on Sessions’ domestic violence decision were more careful, noting that his predecessor at the time acknowledged that the position he took was “incompatible with decisions of several appellate courts that have recognized families as particular social groups.”

The movements that effectively extend asylum standards pose some political risk to the Biden administration as it struggles to control a wave of migrants illegally crossing the border or presenting themselves at border checkpoints and seeking asylum. In fact, the executive order, Garland, said he responded with his latest actions, concentrating entirely on the southern border and migration from Latin America.

However, immigration rights activists hailed the development as a return to a more humane asylum policy.

“Revoking these cruel decisions is the first critical step in returning to our humanitarian commitments,” said Kate Melloy Goettel of the American Immigration Council. “We urge the Biden administration to adopt rules that reflect the purpose of our asylum laws – to protect refugees fleeing persecution. The Trump administration’s attempts to limit asylum applications based on gender-based violence, gang violence and family membership reflected the administration’s focus on demonizing Central American asylum seekers and closing our country’s doors to those in need of protection. ”

A critic of the Biden administration’s immigration policy said Garland’s moves were not surprising, but moved the United States closer to an open-door approach to immigration.

“What this points to is that asylum has the potential to overcome all other immigration laws,” said Mark Krikorian of the Center for Immigration Studies. “The barrier to asylum must be set very high and what this represents is a further lowering of this bar.”

“There was a time when women from the Islamic world could potentially claim to be part of a particular social group or any woman from China or any man married to a woman from China because of forced abortion,” Krikorian said. “Part of the goal here seems to be to approve an ever-increasing share of asylum applications.”