The benefits of meditation when you're sick or in pain – Quartz 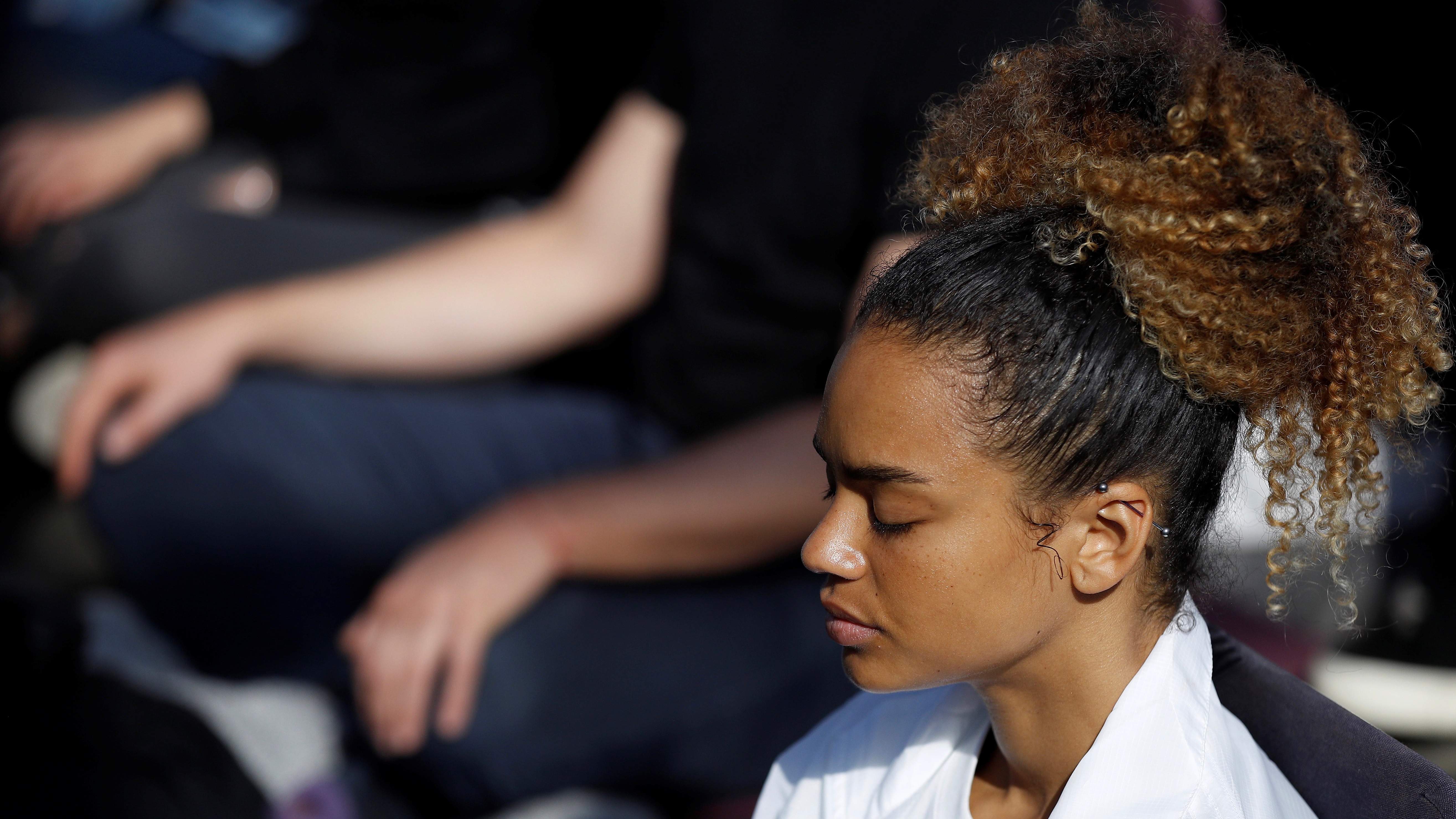 People are always extolling the virtues of meditation, but who wants to focus on their breath or body when they've got a runny nose or aching bones? Even those who are sold on the mindfulness practice might be inclined to ship sessions when feeling under the weather. However, that would be a mistake.

There's no better time to do than when you're not feeling well, in fact. Because pain is a physical and psychological sensation, the right kind of meditation can help you with your discomfort and perhaps get through it without relying on medication, according to Harvard Medical School's Ellen Slawsby, who works with patients in pain at the Benson -Henry Institute for Mind-Body Medicine at Harvard-affiliated Massachusetts General Hospital.

Slawsby says certain practices can help you with pain and even signal your brain to override the message that you are uncomfortable. But she notes that you have to choose the right method for you. There are various meditation techniques, including deep breathing exercises to using imagery and music to calm down, journaling and gentle yoga, among others, that can help you feel refreshed even when your body isn't at its best "When you get into that state of mind through meditation, your body isn't releasing stress hormones into the bloodstream," says Jane Ehrman of the Cleveland Clinic for Integrative Medicine. “The brain can release endorphins, a natural pain reliever. Muscles and tissues around the joints are more relaxed, and the brain can be found in a calmer state and you feel less pain. ”

In a study published in the American Medical Association, researchers trained 342 adults with chronic lower back pain in mindfulness meditation and yoga techniques while receiving standard care, ultimately comparing the subjects' perception of their pain to patients who received only traditional medical treatment. They found that mindfulness training “resulted in greater improvement in back pain and functional limitations at 26 weeks.” The findings suggest that meditative practices can be an effective treatment option for patients with chronic low back pain.

These results probably wouldn't surprise many practicing Buddhists. After all, the Buddha's first of four noble truths shared upon attaining illumination is that "life is suffering." He turned to meditation to get acquainted with that sensation and, as a result, became deeply comfortable with the constant struggle.

Practicing Mindfulness isn't a magic bullet that eliminates all discomfort. Quite the contrary: It's a way to explore physical and psychological aches and pains rather than escaping them. By facing what causes anguish, meditation practitioners home in their hurts and can learn to release the pain or live with it, according to Toni Bernhard, author of the 2013 book How to Be Sick: A Buddhist-Inspired Guide for the Chronically Ill and Their Caregivers.

As Bernhard explained an illness in the Buddhist magazine Lion's Roar, the Buddha was not pessimistic when it emphasized our suffering. He was being realistic. A lot of life is lovely, but there are plenty of unpleasant and difficult moments that are natural. They happen. Being sick is perfectly normal, and the less we resist, the more likely we are to relax and feel less pain. Heck, who is chronically ill and was forced to transform her life because of her struggle with cancer, says the Buddha's approach to discomfort as comforting. “The first noble truth helps me gracefully accept being chronically ill. The Buddha's list assures me that my life is as it should be because it is unfolding in accord with the human condition, difficult as that can be at times, ”she writes.

The same goes for minor illness. If you have a cold and are having trouble breathing, that may seem like a perfect excuse to ship mindfulness practice. But when you focus on the sensations instead, noticing that comes easy on other days is suddenly a struggle, you gain a new appreciation for your body when it's healthy and deeper understanding of yourself. To the extent that you avoid unpleasant sensations and focus only on what feels nice, you are exercising resistance to a natural aspect of life that cannot be avoided. Being a little sick, paradoxically, actually a good opportunity to explore your usual tendencies and to reshape your mental habits so that you feel right when you're ill

Psychologist and Buddhist teacher Tara Brach, founder of the Insight Meditation Community of Washington, DC, teaches our aches and illnesses, mental and physical, and important important lessons. She explains on her website, which has guided meditations designed to engage with what we normally avoid, saying, “We look at working with physical and emotional pain, and the gifts of love, wisdom, creativity and aliveness that arise when we learn to fully inhabit these living forms and all our senses with awareness. ”