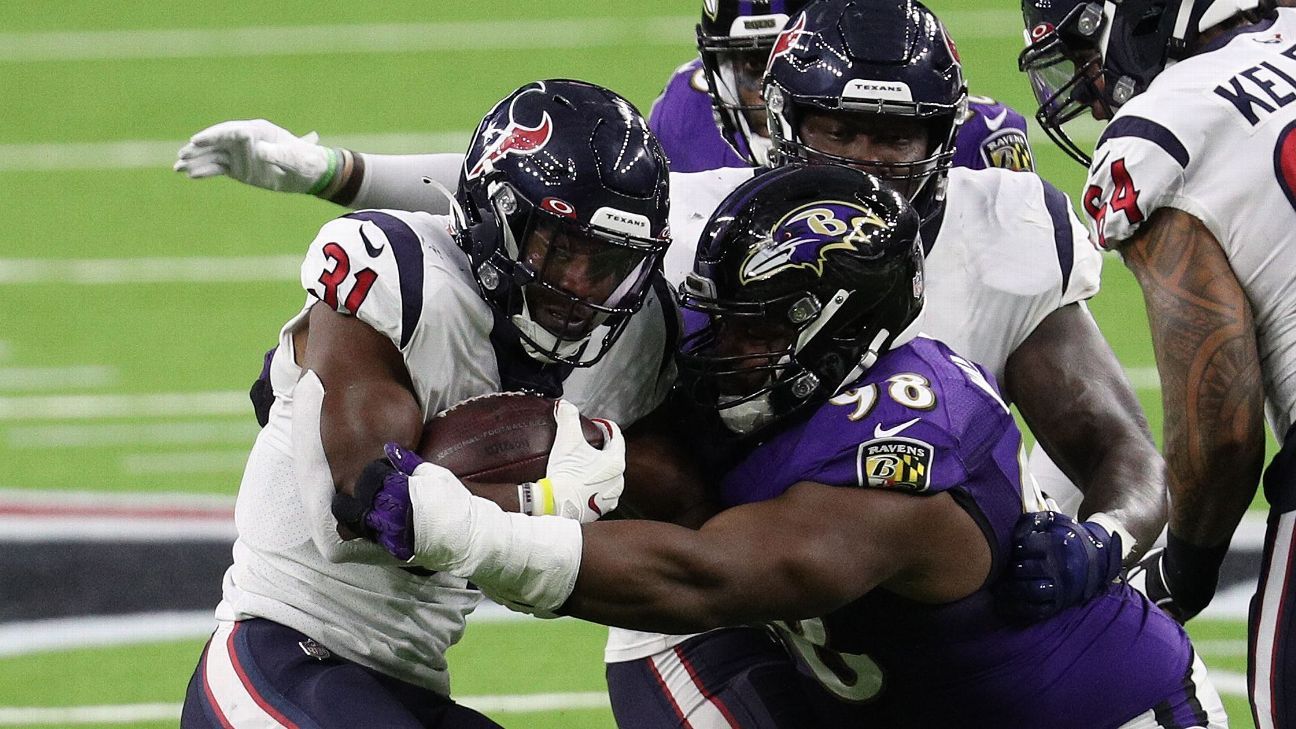 Williams was placed on the list after being in close contact with someone who has COVID-19, a source confirmed to ESPN. He did not test positive, the source said. According to the NFL / NFLPA protocol, Williams must isolate for five days after the first exposure.

The Ravens, who traveled to Philadelphia on Saturday afternoon, are now expected to be without two starting defensive linemen for Sunday’s game against the Eagles. Defensive end Derek Wolfe (neck / concussion) is listed as questionable.

Williams did not practice Thursday and Friday for non-injury-related reasons. After Friday’s practice, coach John Harbaugh said Williams had “a personally apologetic absence.”

On Thursday and Friday, Ravens players were seen wearing masks as they went out on the training field, which is not something they did before.

When asked just over two weeks ago what it takes to avoid COVID-19, Williams said, “Do as much as you possibly can to protect yourself and your family and the people you love. Sometimes, if you catch it, catch it. Sometimes it’s just what it is and it’s inevitable. “

Justin Ellis is expected to replace Williams and start his first start since 2018. Jihad Ward or Justin Madubuike can fill Wolfe.

Williams will only be the second Ravens player to be put on the reserve / COVID-19 list, and the first since training camp officially started.

Raven’s defense currently leads the NFL in the fewest allowed points and gives 15.2 points per game.

NBA start date now before Christmas with goals before the Olympics: Details – Athletic