The acting ICE director Cuccinelli blasts Congress to "complain" about the border without acting: "It is the height of hypocrisy" 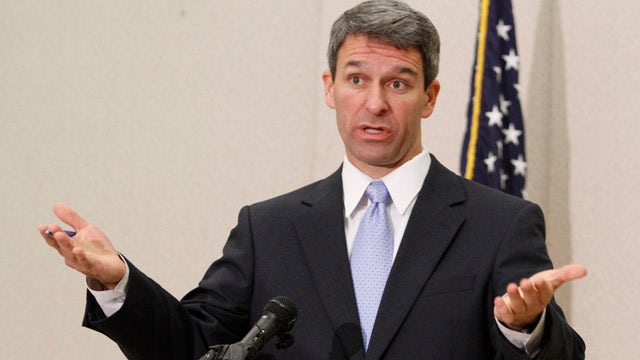 Accompanying director of US immigration and customs enforcement Ken Cuccinelli aimed at the congress and accused them of complaining about a crisis at the border that they have not done anything to solve.

Cuccinelli discussed how an increase in asylum applications is overwhelmingly American facilities that are strained for resources. He said that the current crowd of people trying to enter the United States has resulted in poor conditions and pointed a finger at the legislators so as not to do enough to rectify the situation.

"People in the House come down and complain about them while not helping to solve the problem," he told Dana Perino on "Fox News Sunday." "It's the height of hypocrisy."

Cuccinelli said he visited a detention facility in El Paso, Texas, which had a maximum capacity of 800 people, but when he got there, it had 950.

CNN's FAREED ZAKARIA SO TRUMP WAS RIGHT ABOUT THE ASYLUM SYSTEM, PAINING ME ATTENTION & # 39;

"It was running well, it was run safely, etc., but when you are above these capacity points, you encounter problems." [1

9659005] He urged Congress to act by adopting legislation that would change the asylum law in ways that restrict those who can enter the United States, but he was not optimistic that lawmakers would do anything.

"They just want to politicize it" he said. "They won't actually solve the problem."

Cuccinelli also took a position on deportation operations delayed by President Trump, saying he warned that if people were aware that the authorities were coming, it could pose a "threat to the security of officers." He also said that such operations should not be controversial.

"It's just what ICE has to do," he said, pointing out that there are "about a million people" in the United States who already went through a court process and were ordered to leave, but remained, therefore, why ICE – Officials must perform operations to remove them.

"The fact that we have fallen to the point where we are talking about what's new is telling you how far we've fallen in the enforcement side," he said. "It's the most violated federal law in America."