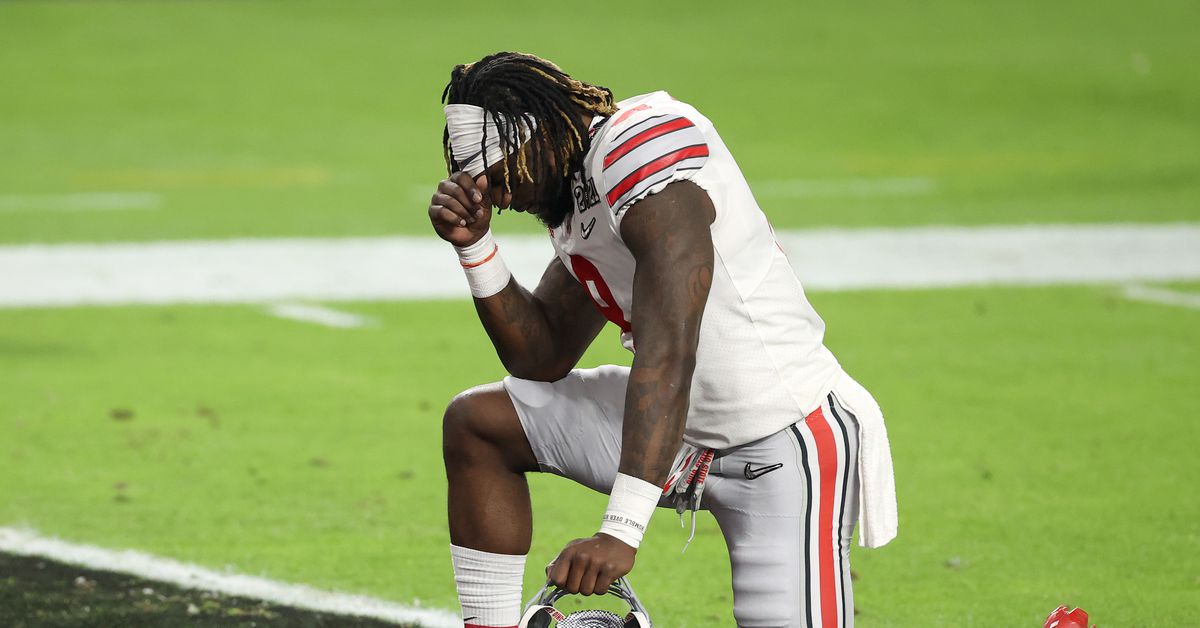 The choice was Ohio State driving back Trey Sermon. In his last three games as Buckeye, Sermon ran for 112, 331 and 193 yards. He averaged double-digit bears in each of these games.

I’ve been a big fan of Sermon since he was in Oklahoma, but injuries have slowed him down. Here’s what Sports Info Solutions’ rookie handbook had to say about the sermon. They rated him as their 11th best runner in the draft:

7;s combination of contact balance and power allows him to be a contributor throughout the game, but his lack of elusive power and top-end speed can prevent him from being a consistent starter at the next level.

The sermon is not as good a pass catcher as a runner, but he can play a role in the pass game on the next level. He is a better pass protector than receiver, powerful enough to take rushers in his pocket and shows flashes of completion of weaker rushers to the ground. The sermon is not a real difference maker out of the backfield, but he has adequate hands and can be a reliable checkdown option.

Niners needed a running back that could block. If that’s the sermon, he’s great value here. Shanahan should consider him the race of the future if he acted up in the third round to choose the sermon.