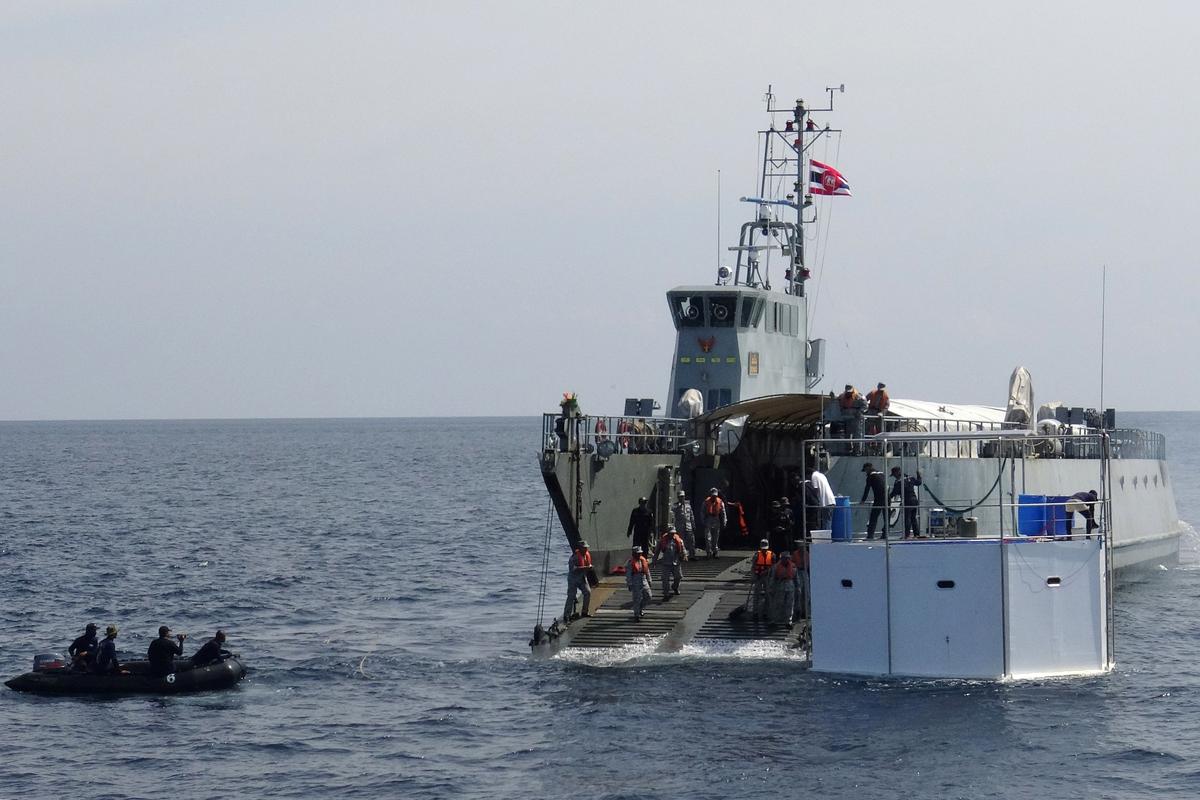 BANGKOK (Reuters) – Thailand's navy on Monday began towing to the floating cabin of a fugitive U.S. citizen and his Thai girlfriend, both prominent members of the "seasteading" movement who face possible death sentences for setting up their offshore home.

The cabin set of top of a 14 nautical miles off the Thai island of Phuket had been touted as milestone in the movement to build floating communities in international waters as a way to explore alternative societies and governments.

Authorities have revoked the visa of bitcoin trader Chad Elwartowski, 46, and charged him and his partner, Supranee Thepdet, with violating Thai sovereignty, punishable by the death penalty or life in prison.

The Royal Thai Navy sent three boats on Monday to dismantle the structure and bring it back to use as evidence in the government's case against the couple.

"The couple announced on social media declaring their autonomy beyond the jurisdiction of any courts of any country, including Thailand," Rear Admiral Vithanarat Kochaseni told reporters, adding they had invited others to join them.

"We see such action as deteriorating Thailand's independence," he said.

HTMS Mannai, a landing craft utility ship, was expected to return to Phuket with the six-meter (20 ft) wide, hexagon-shaped cabin by late Monday.

Their whereabouts are unknown, though the government has said the pair is believed to be in Thailand.

Elwartowski has referred requests for comment to Ocean Builders, which funded and built the cabin, and the Seasteading Institute, which advocates building offshore floating cities and originally received backing from PayPal co-founder Peter Thiel.

Ocean Builders said on its website the cabin was in international waters and beyond Thailand's jurisdiction. Thai authorities say the structure is within its 200-mile exclusive economic zone and therefore a violation of its sovereignty.

Joe Quirk, president of the Seasteading Institute, said the couple had achieved a milestone for the movement.

"They are a single-family generation that can float stably in international waters for less than the average American home," Quirk said in a statement.

Elwartowski also conducted valuable research on ecosystems over the two months the couple lived in the cabin, he said.