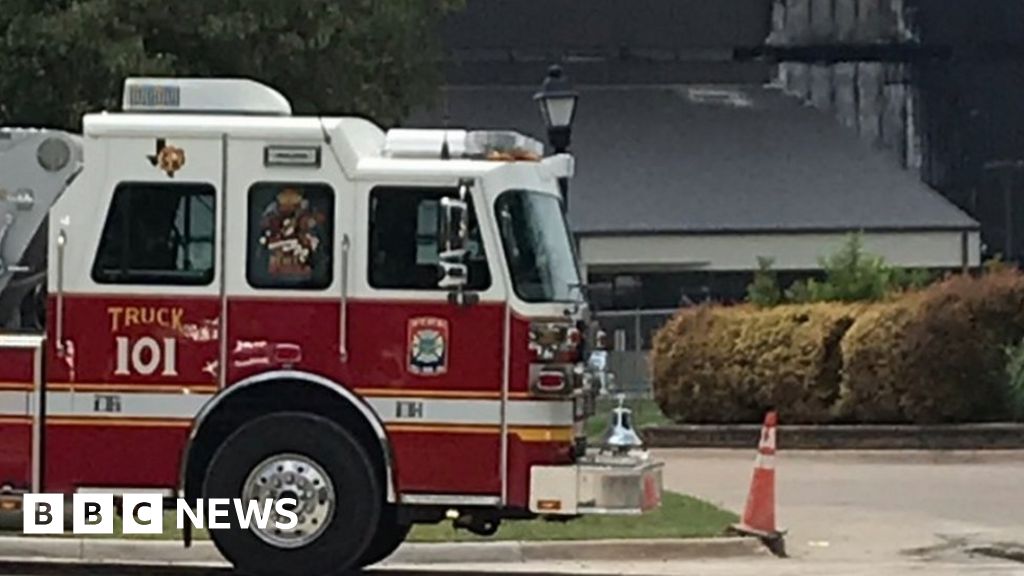 The plane, a Beechcraft BE-350 King Air twin-engine, crashed shortly after take-off at Addison Airport.

Emergency services were quickly on the scene, around 10 miles (17 km) north of Dallas, but there were no survivors. ] Authorities have not released the identities of the victims of being sought after

"I visited the scene and was briefed by incident command. Please pray for the families who lost loved ones in this tragedy. Team in process of notifying them," Dallas County Judge Clay Jenkins tweeted.

The accident left a gaping hole in the side of the charred building.

Unnamed sources CBS that the plane suffered engine failure, but this has not been officially confirmed.

The National Transportation Safety Board is investigating.