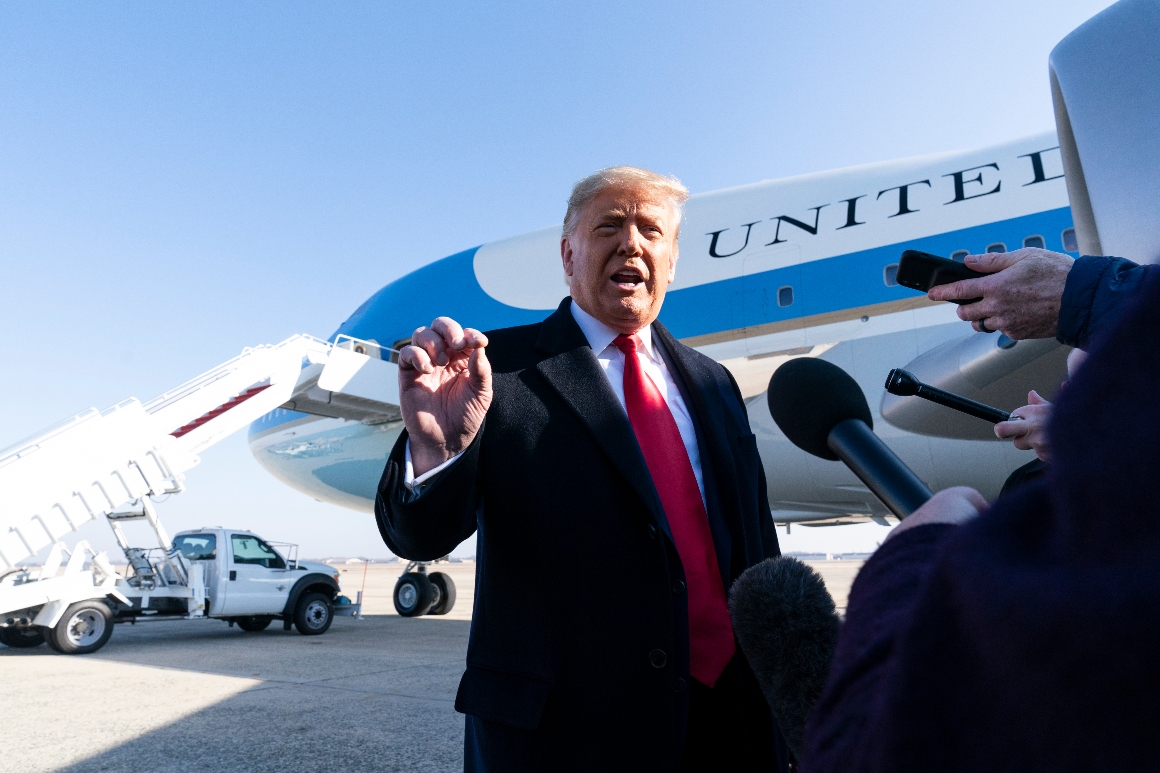 Some officials directly pressured Trump not to visit southern Texas for fear it would encourage more violence and disregard for social distance and masking. The Rio Grande Valley has consistently been one of the areas in Texas hardest hit by the coronavirus pandemic with a recent increase in hospitalizations.

Trump’s visit marks the first time he has stepped out in public since the deadly riots at the Capitol. Trump told reporters before boarding his flight to the Alamo that he did not want violence and proclaimed the controversial border wall to make “a huge difference on the southern border.”

James Darling, mayor of the neighboring town of McAllen, said he understands “emotions are high on both sides”, but also called for peaceful demonstrations.

“Passions are running dangerously high among supporters and opponents of President Trump,” Hidalgo County Judge Richard Cortez said ahead of Trump’s trip to the area. “I urge both sides to keep these passions at bay, because in the end, the Rio Grande Valley has a unique opportunity to demonstrate to the world that peaceful public discourse is far more effective than public violence.”

Still, protesters across the political spectrum were expected to be in South Texas to express support for and against Trump.

Members of the HIDalgo County GOP “called all conservatives, patriots and freedom fighters” on Facebook and Twitter to welcome Trump to the border area with posters.

LUPE, a nonprofit founded by farmhand and civil rights leaders Cesar Chavez and Dolores Huerta, announced it would host a demonstration against Trump and white supremacy. The group criticized local officials for not having a stronger message against Trump’s visit.

“This failure of leadership will now result in white supremacists gathering freely on our streets. We condemn this lack of leadership. Should violence occur on Tuesday, all public officials who did nothing to stop this visit will be held accountable for their lack of response to community concerns, “the group wrote in a statement.

While President-elect Joe Biden comfortably won the county in the Latino majority that Trump visits, Hidalgo County is one of the areas in southern Texas where Trump made his most significant improvements in the 2020 election. Trump increased his numbers there by more than 23 percent compared to 2016, but still lost by 17 percent.

Man, woman arrested by police near Capitol for security breaches