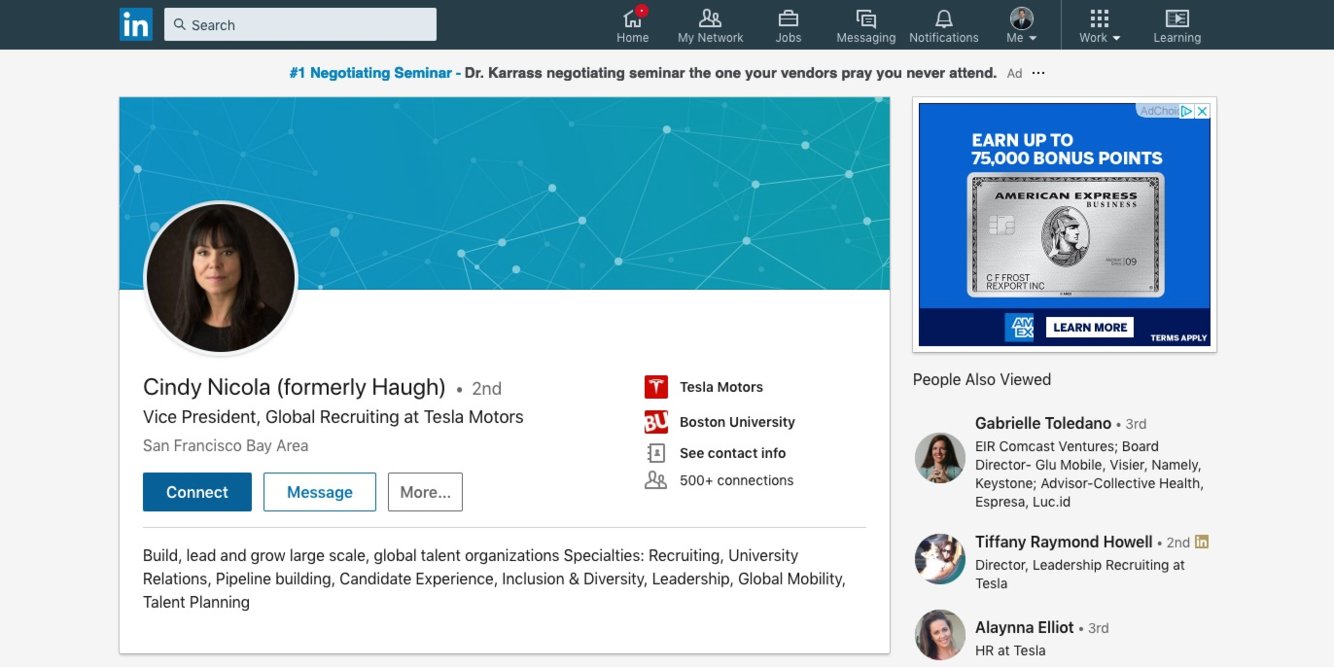 Cindy Nicola, Tesla's Vice President of Global Recruitment, leaves the company according to a source familiar with the case.

A Tesla representative confirmed Nicolas departure and said this week her last at the automaker. The car manufacturer did not say whether Nicola should be replaced, but added that the recruitment department will continue to report to Kevin Kassekert, Tesla's vice president for people and places.

"I have loved every minute of my nearly four years at Tesla, including working side by side with such a great team on my life's main mission," Nicola Business Insider told us. "After 30 years in talent and technology space, I look forward to traveling the world with my husband and will continue to support mission and root for Tesla from the sidelines."

Nicola joined Tesla in May 201

5 and had previously worked for Apple and Electronic Arts, according to her LinkedIn profile.

Tesla has a high turnover story among senior executives. The car manufacturer announced in January that its finance director, Deepak Ahuja, would leave another time, and last year has also seen high-level employees in Tesla's car manufacturing, engineering, sales, communications and legal departments.

Do you have a Tesla news tip? Contact this reporter at mmatousek@businessinsider.com.