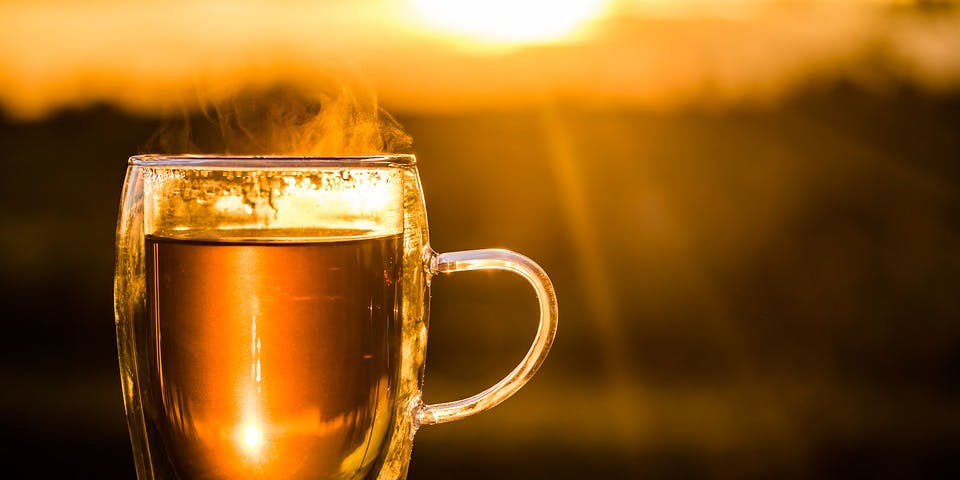 T he way you take your tea feels like a matter of life or death. Some like sugar, others take it with milk, while some prefer artificial sweeteners that could alter the microbiome. Temperature is a key factor, too: If you take it excruciatingly hot, the results of a new study International Journal of Cancer study has some sobering news to report. This study on 50,045 individuals from the Northeast Region of Iran found strong points between drinking at least 700 milliliters of tea beyond 60 degrees Celsius (140 degrees Fahrenheit) per day and an esophageal cancer called a squamous cell carcinoma.

8. Drinking a lot of very hot tea on a regular basis, the authors reports, increased risk of esophageal cancer in their study population by 90 percent .

Dr. Farhard Islami, the strategic director of Cancer Surveillance Research at the American Cancer Society, says the results really boil down to temperature not beverage choice.

"Many people enjoy drinking tea, coffee, or other hot beverages," he said. "However, according to our report, drinking very hot can increase the risk of esophageal cancer, and it is therefore advisable to wait until hot beverages cool down before drinking."

on the cancer risk radar. The International Agency for Research on Cancer actually classifies "drinking very hot beverages above 65 degrees Celsius" as "probably carcinogenic," which places it in its second tier of risky activities alongside inorganic lead compounds, consumption of red meat, and "shift work that involves circadian disruption. ”The top tier includes factors like tobacco and solar radiation.

These incredibly comfortable shoes are made to be indoor and outdoors. 100% natural wool will always keep your feet warm and dry

Islam's paper shows very strong evidence that the link between hot drink and cancer is closer than we realized. In this study, the authors went beyond and beyond document every aspect of their participants' tea drinking habits to establish correlations with their health. This is remarkable for many reasons, not least because 50,045 people were involved in the research.

First, each of the participants filled out a survey including questions about how long they usually sit before they drink it, and whether they liked it their tea hot, hot, or very hot. Then, the researchers actually brewed tea in front of them until it was 75 degrees Celsius (thats quite hot). If the participant drank the tea and said that it seemed about right or even cooler than their preferred tea temperature, they stopped the experiment there. If the person preferred tea cooler, they will allow the tea to cool until they find it palatable. Then, they followed up with their participants for over ten years .

The actual number of people who developed esophageal cancer was low – only 317 or over 50,000. But the tea-drinking preferences and patterns of those 317 people, in the context of the total study population, were enough to suggest a strong correlation between drinking hot tea and cancer risk. Importantly, the results do not prove causal – only a robust link.

People who preferred "very hot" had more than double the risk of developing esophageal cancer than those who preferred cold or lukewarm tea, the team reports. Those who drink tea above 60 degrees Celsius, meanwhile, had a 41 percent higher risk of developing esophageal cancer than those who let it cool down below that temperature. Taking their statistics together, the authors arrived at their final figure: a 90 percent increase a risk a people who drink at least 700 milliliters or tea hotter than 60 degrees Celsius (140 degrees Fahrenheit).

There's no official guidance yet on how people should be taking their tea (and other hot drinks), but the link to esophageal cancer described in this study was enough to make Islam offer caution to tea drinkers. Until we know for sure, it might be worth taking the heat of a hot beverage down and notch. A bit of patience – and just a cool breeze – could go a long way.