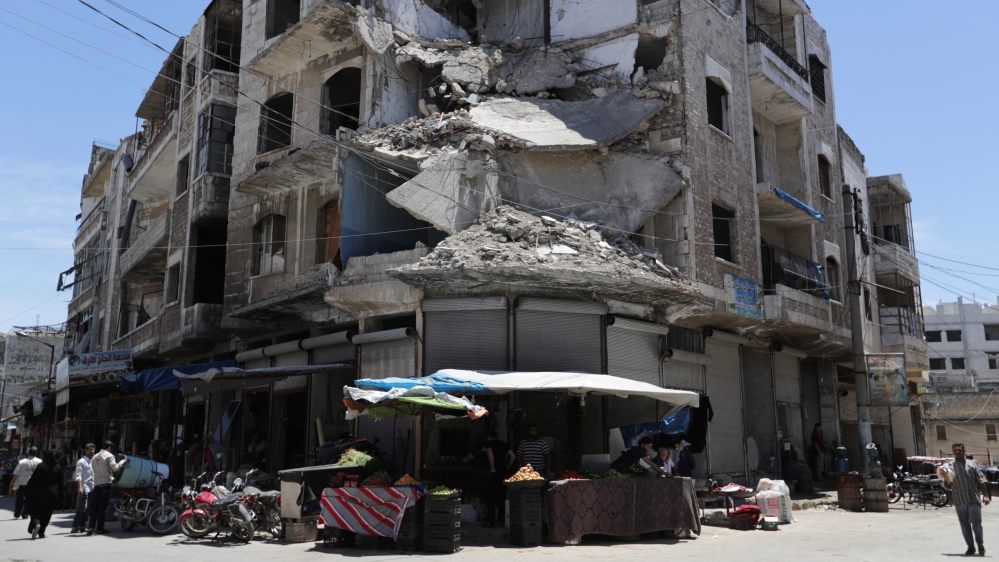 Syrian government forces pounded positions in the northwest of Sunday as troops on the ground seized a town retaken by rebels days before.

The bombardment helped Russian-backed Syrian soldiers capture the small town of Kafr Nabuda in the north of Hama province, the third time it has changed hands in the latest offensive, sources on both sides said.

A spokesman for one of the reformations in the area, the Turkey-backed National Liberation Front, confirmed government forces had recaptured Kafr Nabuda after eight-hours of heavy bombardment, Reuters news agency said.

Overnight attacks targeted at the towns of Kafr Nabl and Khan Sheikhun in the province of Idlib, as well as the villages of Armanaya, Fatterah, Tramla, Deir Sunbul, Hass and Hobait, it added.

2 people in several areas, including the town of Maarat al-Numan.

Rami Abdulrahman, director of the Syrian Observatory, said government aircraft and helicopters launched more than 280 strikes on Sunday and Russian jets had carried out 15.

A reporter with the AFP news agency in Maaret al-Numan said he saw a young man carry the arched body of what appeared to be a young girl out of the rubble after one air strike.

Another man retrieved a distressed, dust-covered young girl and slung over his shoulder.

Witness Hamdu Mustafa said he was out shopping when the air strike hit. Everybody was "in the street selling and buying", he said.

"The planes targeted civilians who were buying food for their children," Mustafa added.

The onslaught by Syrian government forces supported by Russian air power has been going on since late April, and is focused mostly on southern parts of adjacent parts of Hama and Latakia provinces.

It is the most intense conflict between President Bashar al-Assad and his rebel enemies since last summer.

Bombardment has killed 229 civilians, wounded 727 others and forced more than 300,000 people to flee since April 28, according to The Union of Medical Care and Relief Organizations (UOSSM), which provides assistance to health facilities.