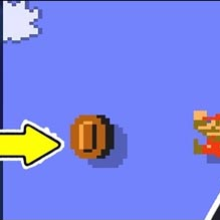 Super Mario Maker 2 has completely swept the world. With the ability to create levels at whatever you want, it gives an allure many games cannot.

Armada has invested time playing the game among many. He is currently underway with some Break the Target stages from Super Smash Bros. 64 who are planning to hit them with Mario.

Each level is styled directly after a particular character's Break the Targets scene. If you go look them up, it's scary how close they are to the original.

As Armada goes through these stages in Super Mario Maker 2, you can't help but be filled with the feeling of nostalgia. The old Nintendo party game we all love, recreated to some extent in another game we also love is great to see.

The goal of these particular levels is different from their purpose in Super Smash Bros. 64. Instead of trying to break the goals you are trying to collect the coins.

Super Mario Maker 2 has given us even more ability to create and restore timeless levels and memories from other games. Armada successfully beats all the Break the Target stages from Super Smash Bros. 64, and it looks quite fun.