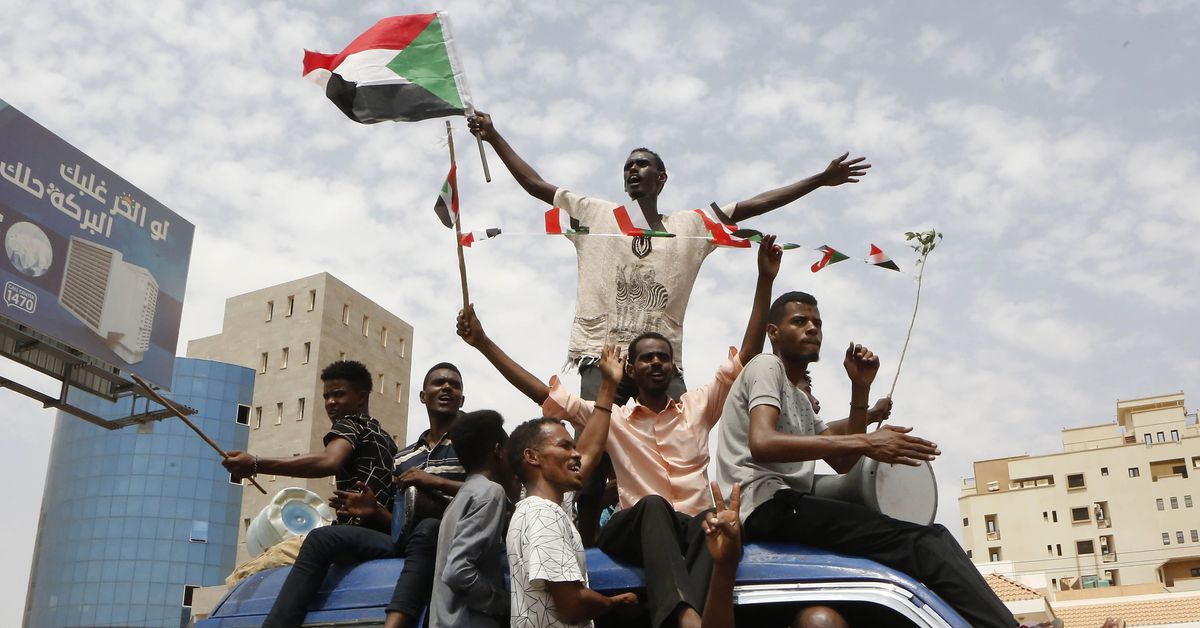 The Sudanese military and its civilian opposition leaders have reached a preliminary division of power. This is the first step towards a decision after President Omar al-Bashir was wiped out in a coup in April following protests against months – but there is still much uncertainty about the political power in Sudan.

The provisional agreement reached on Friday would put Sudan under the control of a joint sovereign council of power between military and civilian leadership over three years.

The authority will be led by a military leader for the first 21 months, and then a civilian leader would take over for 1

8 months. Then the country would hold democratic elections. The sovereign council will consist of five military officials and five civilian leaders along with an additional civilian selected and approved by both groups.

The Talks resume this week after a month-long distance between the military and civilian leaders following a massacre of Protestants from Sudan's security forces, known as the Rapid Support Forces, who left about 100 dead and hundreds more injured. Witnesses also said the forces raped women and robbed demonstrators during the violence.

An independent study of the June 3 crash is also included as part of the power-sharing agreement, although there is no doubt that Sudan's paramilitaries carried out the bloody campaign that led to questions about whether or not such a investigation will actually hold the military accountable.

And this is just one of the many concerns associated with this preliminary agreement between the overall military council – the armed forces that govern Sudan since al-Bashir was deposited – and the Alliance of Freedom and Change, the civilian leadership to represent the protesters.

There is a preliminary agreement in Sudan. But what's coming now?

The African Union – which helped negotiate over the last two days – on Friday said the Transitional Military Council and the Alliance for Freedom and Change had reached a "consensual and balanced peace agreement against a democratic transition and civilian rule in Sudan. "

Some in Khartoum, the capital of Sudan, cheered the agreement – but this jubilation may prove short-lived, as there is still great skepticism about the agreement holding elements of the temporary military council.

Niemat Ahmadi, a survivor of the genocide in Darfur and president of the Darfur Women Action Group, a law firm in Washington, DC, told me that "giving the military a lead in the first subperiod is the most dangerous" part, one that has her and other activists are extremely worried.

"There is no guarantee at the end of the three years that they will leave power entirely to civilians," Ahmadi said.

Ahmadi added that the decision to keep the military accountable feels like a betrayal of the protest movement's goals that had spoken for democracy and civilian rule.

Those who negotiated the agreement said they believed in the agreement, despite some of these concerns. "It's a difficult road, but we've tried to convince our people it's a success, and we think it will pave the way to an end to any military rule in Sudan," says Siddig Yousif. of the main dealers, the BBC said.

But it will probably do a little to secure many in Sudan. Ahmadi told me that in a "country torn from the military, there will be no trust between the people and the government."

The person who might best represent this is Mohamed Hamdan Dagalo – known as "Hemeti" – who is Deputy Director of the Transitional Military Council. Hemeti is accused of human rights abuses in Darfur and he is the leader of the rapid support forces, the paramilitary group responsible for the violent resistance to protesters on June 3.

As the Washington Post points out, the agreement does not seem to hold him out of control. Hemeti himself said on Friday that "this deal will be extensive and does not exclude anyone."

There are also concerns about representation in this new transitional government, specifically about women and marginalized groups, especially in the regions that are afraid of conflicts, including Darfur – where the Sudanese government carried out genocide in the 2000s – will be represented in the government.

"We are the ones who carry the violence facing sexual harassment and rape, to organize and drive the street-level movement," said Tahani Abbas, co-founder of No to Women & # 39; protests, Channel 4s told Yousra Elbagir . "Why do we exclude ourselves when it comes to decision making?"

These disagreements and dissatisfaction among civilian groups risk breaking the protest movement, which is largely led by middle-class professionals and students, especially in the Khartoum capital. The mistrust is dangerous – and it was the "primary method" of the al-Bashir regime, Eric Reeves, a Sudanese expert, told me.

"Divide and conquer, divide and conquer, that's how they work," Reeves said. "This junta can have a new name, it can be called the Transitional Military Council, but it is in its methods and its ruthlessness and its ability to violence, it is as unpleasant as the al-Bashir regime." [19659021] Another complicating factor in this deal: The Internet is still mostly weak in Sudan, allowing the state media to control the narrative and make it difficult to measure the response to the agreement. It is a disturbing sign if this is to be a transparent and responsible transitional government.

Freedom, peace and justice were both chants and the goals of the Sudan uprising. There are doubts as to whether these objectives have been achieved by this agreement. Many remain vigilant that the Sudanese government will commit to its promise to respect civilian leadership – and instead use this agreement to weaken the opposition and consolidate power. An agreement only in name.

"This is not the best deal possible," said Ahmadi. "There can always be a better deal because the people of Sudan have paid the highest price for change."

"This is not change," she added. "This is just the status quo."

Iraq: the Pope’s prayer from the sons and daughters of Abraham

Iceland hit 17,000 earthquakes in the past week, officials warn that an eruption may be imminent