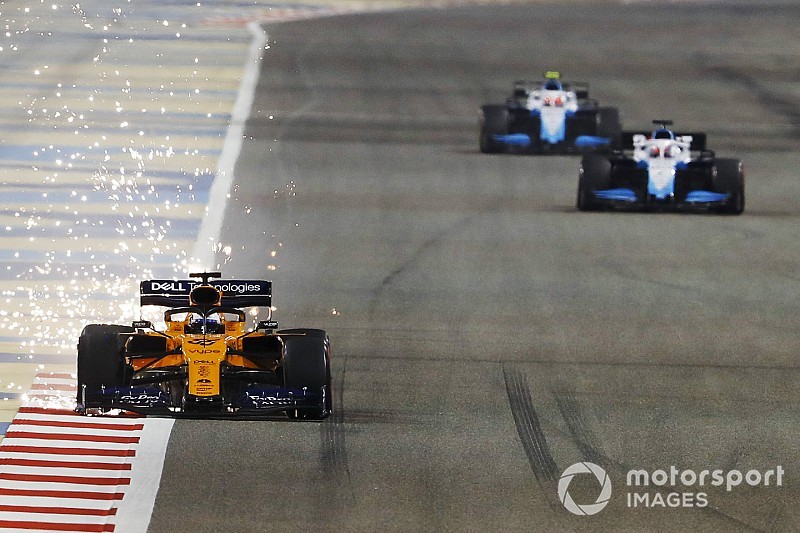 McLaren driver Sainz and Red Bull rival Verstappen made contact at Turn 4 early in the race as the Spaniard attempted to pass the Dutchman for fifth position.

The clash result in Sainz getting a puncture and needing to pit, as he dropped to the bottom of the field

Verstappen went on to finish in fourth position, and was only stopped from scoring a likely podium at a late safety car that prevented him from overtaking the ailing Ferrari or Charles Leclerc.

McLaren retired Sainz's car with a couple of laps to go in the race, and the Spanish driver revealed a point finish would have been unlikely because of a gearbox problem he had all race long.

"I'm trying to look at the positives , "said Sainz. "A good start, a good first lap, the cars in front open the gap and I could stay with the top six without problems.

" Then I don't think we would have finished in the points because my gearbox failed all over the race.

When asked if he had the pace to be on the podium, he said:" I prefer not to think about it. "

Sainz tagged his clash with Verstappen as "The Dutchman had hit him very hard."

"Well, it's racing, it's incidents. All I can say is that I started all I had to do and tried everything I had to try and I ended up worse off. It was my turn to get puncture thanks to how hard he hit me.

"The normal thing would have been that we got a punctur e and to be both out of the race. He was lucky to continue, but he hit me really hard and that was it. "

Verstappen, for his part, argued Sainz probably had not seen his Red Bull.

Stewards investigated the incident and deemed no further action was required.

"Tired of going around the outside and braked late, I guess he didn't see me," Verstappen said.

"These cars are blind to what is happening next to you. I braked late and saw him turn into the corner, so I had to take avoiding action. We clipped wheels and it was unfortunate. "