St. Thomas wins too much, kicked out of MIAC 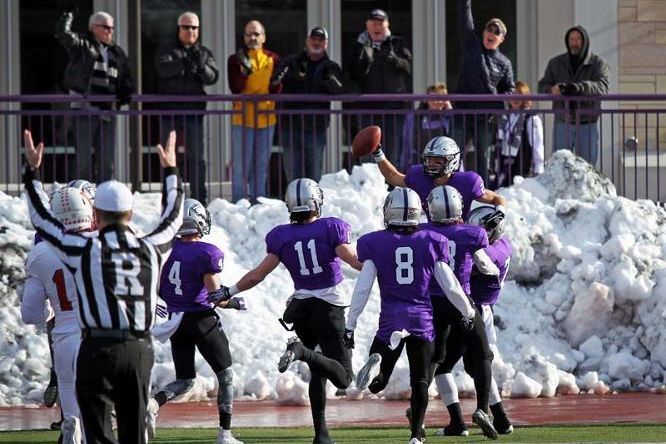 SAINT PAUL, Minn. – You know the old saying: If you can't beat them, kick them out of your league?

How did officials at Division III understand the power of St. The Thomas University feels after the school was "involuntarily" removed from the Minnesota Intercollegiate Athletic Conference (MIAC) on Wednesday due to its "competitive" benefits.

The entire athletics program has also been successful in recent years. St. Thomas finished tenth nationally in the Learfield Directors & # 39; Cup Standard for Division III Schools, a measure of the overall success of an athletic program.

At the school's officials, St. Thomas told that the league would be dissolved if the school was a member.

"After extensive discussions on membership, the University of St. Thomas will involuntarily be removed from membership of the Minnesota Intercollegiate Athletic Conference," the league said in a statement. "MIAC Presidents & # 39; Council mentions athletically competitive parity in the conference as a primary concern. St. Thomas will immediately begin a multi-year transition and meanwhile, it is eligible to compete as a full member of MIAC at the end of spring 2021

Spectators from St. However, Thomas has publicly and privately said that they believe they are being punished for high-level winning. The school spends $ 1.1 million on football every year, per year. US Department of Education data, and its 6,000 plus enrollment trumps enrollment of the other programs in the private school league.

"St. Thomas made a great effort to remain in the MIAC and stabilize the conference," said St. Thomas President Julie H. Sullivan in a statement. "But the Presidents agreed that the conference itself would cease to exist in its present form, if St. Thomas remained. "

But the momentum shifted towards St. Thomas after the school had hired Caruso and burned its rivalry with Saint John's. ESPN's "SportsCenter on the Road" visited Saint John's St. Thomas' football rivalry game in Collegeville, Minnesota, in 2015.

The school has set up a committee to help find a new conference.

"Although our athletic conference will change, one thing will not: our commitment to continuing academic and athletic expertise," Sullivan said in a statement.