Sri Lanka bombings: PM Wickremesinghe says he was out of the loop 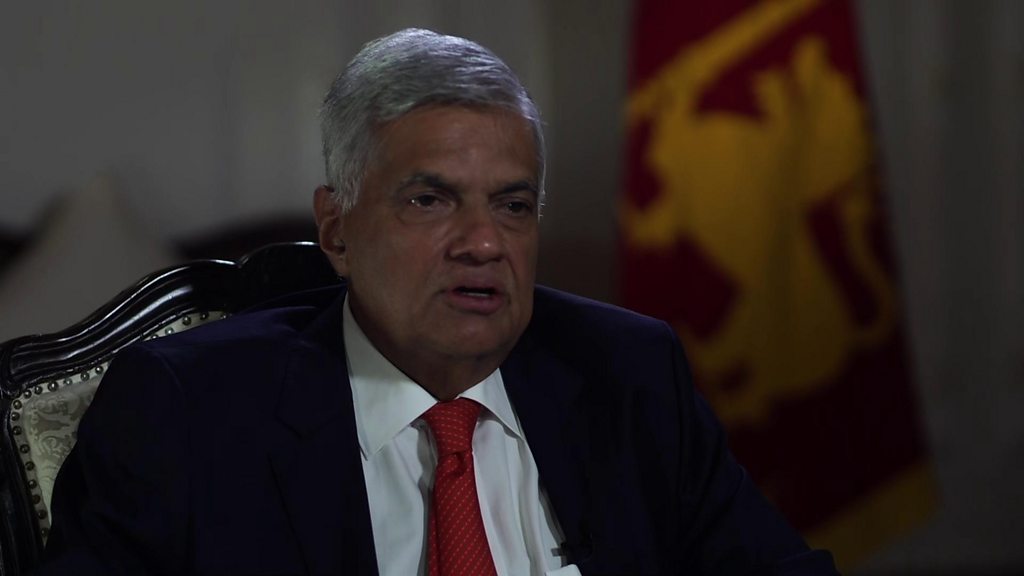 Sri Lanka's prime minister has told the BBC he was "out of the loop" when it came to intelligence warnings ahead of the deadly Easter Sunday bombings.

Ranil Wickremesinghe said that crucial information about any potential danger in the country was not passed to him.

The country's police chief and top defense ministry official have both resigned over the bombings.

But Mr Wickremesinghe argued the he was unaware of the warnings meant he did not need to step down from his position.

"If we had any inkling, and we had not taken action, I would have handed in my resignation immediately," he said, adding: "What do you do when you're out of the loop?"

The apparent lapse of communication has refocused on the infighting between the country's two most powerful men, Mr. Wickremesinghe and the president, Maithripala Sirisena.

President Sirisena, meanwhile, has reported reports that Sri Lankan intelligence services were believed to be around 1

Police later discovered what they believed was the attackers' safe house in the eastern city of Sammanthurai. An Islamic State banner [and] IS uniform similar to the video released by alleged suicide bombers "were found inside the building, a police spokesman told the BBC.

About 150 sticks of dynamite and 100,000 ball bearings were also found during the raid.

There have also been reports of a shootout between security forces and a group of alleged suspects in a separate location.

He said Hashim led the attack on the popular tourist hotel, accompanied by a second bomber identified as "Ilham". It was one of six hotels and churches targeted by the group

Hashim appeared in a video released by IS in which seven men – thought to be some of the bombers – pledged allegiance to the group. Hashim was the only one to show his face.

It was not clear whether Hashim had been in direct contact with IS or if he had simply pledged allegiance to the group.

Sri Lankan officials revised the death toll from the bombings down to about 100 on Thursday, to 253, blaming the difficulty in identifying body parts to bomb scenes. But the move raised questions about how the previous estimate could have been so inaccurate.

The country's Catholic Church has announced the suspension of all church services.

In Negombo, a community of Ahmadi Muslims from Pakistan as well as some Christians and Afghan nationals have been ejected from their homes by landlords. Rights activists say the Ahmadi community, as foreign Muslims, could face reprisal attacks.

The Sri Lankan government has said it will search schools, in one of a series of announcements to address public anxiety in the aftermath of the attacks.

A state of emergency, declared on Monday, has continued, allowing police to detain and interrogate suspects without court orders.

Sri Lanka's finance minister, Mangala Samaraweera said on Friday that the country's lucrative tourism industry could see a fall in arrivals of up to 30% this year – resulting in a loss of $ 1.5bn (£ 1.2bn). [19659016] Who were the attackers?

Nine people are suspected of carrying out the attacks. Two of the bombers are said to have been the son of spice trader Mohammad Yusuf Ibrahim, one of Sri Lanka's chiefs. Mr. Ibrahim was detained and questioned after the attacks. One of his sons was reportedly the bomb at the city's Shangri-La hotel – alongside Hashim, according to President Sirisena. The other son reported the restaurant at the high-end Cinnamon Grand hotel, a short distance away

A woman said to be a wife of one of Ibrahim's sons detonated explosives during a police raid at the family's villa on Sunday. Several people, including children and three police officers, were reportedly killed in that blast.

According to the Sri Lankan government, most of the attackers were "well educated" and had come from "middle or upper middle-class" families

Another of the alleged bombers studied in the UK, a senior Whitehall official told the BBC. Abdul Latif Jamil Mohammed studied aerospace engineering at Kingston University in 2006-7 but did not complete a full degree.