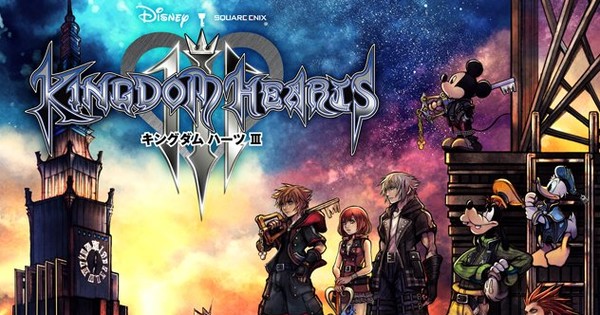 In Japan, the game will be released on January 25 for PlayStation 4 and Xbox One, and Square Enix will publish an update to the game at midnight JST on the day that will include data corrections and a set of memorial archives videos. These videos are the same five digestive videos currently streaming on the game's official Japanese website.

Square Enix then solves the game's epilogue video on January 26 at midnight, although players must complete the game before they can access the video. In addition, Square Enix will publish a "secret video" for the game on January 31

at. 19:00. JST. The video will be available to those who have completed the game and have also fulfilled certain conditions in the game (the conditions will vary depending on how difficult the players play the game).

Game director Tetsuya Nomura had said in the Tokyo Game Show in September that the game would have a secret movie resembling other games in the franchise, but that the staff decided to implement the secret movie into the game. Nomura said at the time that he could release the movie as DLC after the game was launched to be fair and avoid potential spoilers to the players.
Confirmed worlds for Kingdom Hearts III includes Big Hero 6 Toy Story Tangled Monsters, Inc. Pirates of the Caribbean Frozen and the returning Olympus Coliseum and Winnie-the-Pooh worlds.

Music producer Skrillex, singer Hikaru Utada and record company Poo Bear collaborate on the opening theme "Face My Fears." Utada also performs the final theme song "Do not Think Twice" (the song with Japanese lyrics is called "Chikai" or "Ed"). The game's English sound will also include recurring cast members reprising their roles from various Disney movies.
Square Enix will publish the first novel based on the game in Japan on March 28. Tomoco Kanemaki returns to the pen short story and Shiro Amano returns to the illustrations. Yen Press has published previous novels and manga in the franchise in English.
[19659000] Sources: Kingdom Hearts franchise Japanese and English Twitter accounts, Square Enix