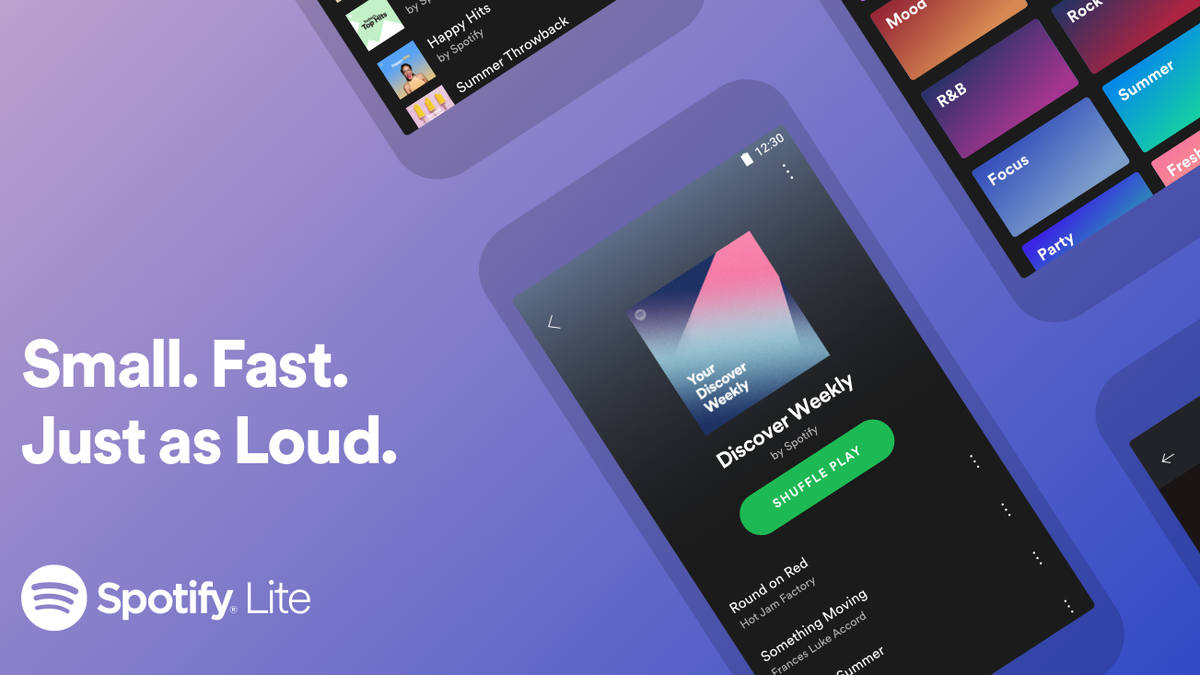 Spotify Lite for Android is now official and today launches in 36 countries. The lightweight version of Spotify's main app weighs just 10 MB and is primarily designed for users with smartphones running Android 4.3 and later.

The app has been in testing for some time now and its launch marks an important step for Spotify. Other lightweight versions of common apps – like Facebook – are primarily designed to run on older, slow handsets that don't always have the muscles to run the full version, either due to older specifications or outdated software.

Spotify Lite still works as the regular app, allowing both free and premium users to search for and stream music, but with a few features that are crucial to the Lite app. First, users will be able to control the amount of data the app uses, so they will not run out on smaller data plans. The app notifies users when this limit is reached, so there is no concern that the app is eating your precious data plan in the background.

Users will also be able to clear the app's one-touch cache, which is ideal for phones with limited amounts of free storage.

Currently, the company has no formal plans to bring the app to iOS, but Android users can now download the app from the Google Play store.